The Cleveland Cavaliers are undefeated at home during the 2016 postseason and there’s no beating around the bush when dissecting tonight’s critical Game 3 of the NBA Finals. It’s do or die. If they lose tonight, they’re more dead than Eddie Murphy’s singing career.

As we celebrate Black Music Month here at The Shadow League, we bring you the 10 key breakdowns to tonight’s game in Cleveland between the Cavs and the Warriors.

1. NOBODY CAN BE YOU BUT YOU: As my talented colleague Amaar Abdul-Nasir points out, despite the preponderance of simple-minded trolls who are screaming about LeBron’s lack of a killer instinct, James simply needs to be his normal self, impacting the game how he consistently does as a scorer, defender, rebounder and passer. The burden of The Debacle at Oracle is not his to bear. Tristan Thompson, J.R. Smith, Iman Shumpert, Kyrie Irving and Kevin Love must return from the Witness Protection Program and make their presence felt.

2. THE LOVE I LOST: Though Kevin Love was optimistic that he would start tonight, team doctors have ruled him out.

Despite his defensive ineptitude on the pick-and-roll in this series, LeBron needed some monster games from Love in order to make this competitive. Losing his scoring and rebounding is a huge blow to Cleveland’s slim hopes.

3. MY MIND’S PLAYING TRICKS ON ME: As I’ve previously mentioned, LeBron’s legacy is not at stake here. It’s Kevin Love’s and Kyrie Irving’s. Right about now, they look like they’ve been sitting alone in four-cornered rooms, staring at candles, paranoid and sleeping with their fingers on the trigger. 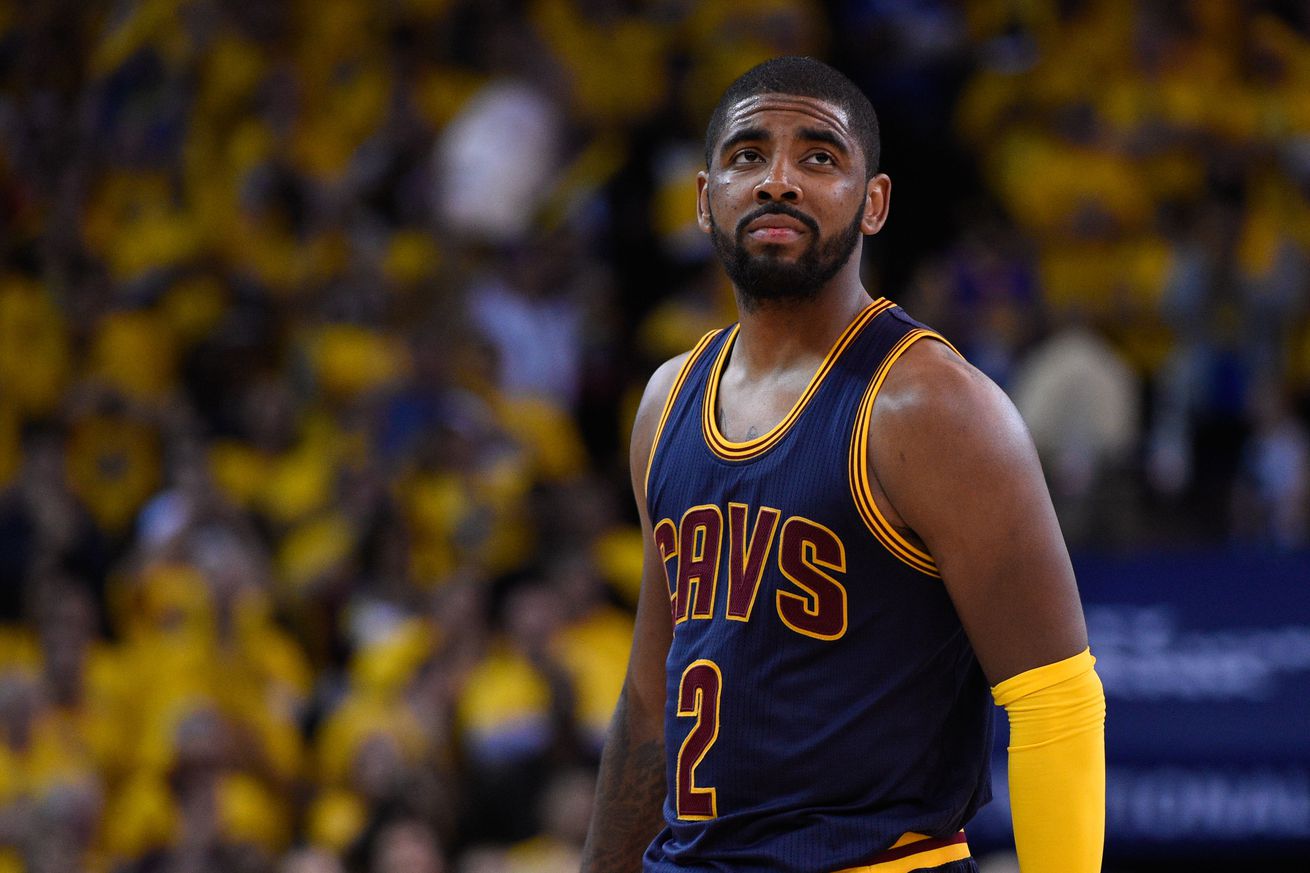 Let’s see if they show up over these next games, after having heard from LeBron and Tyronn Lue that they ain’t living right, determined to not go out without a fight. The Cavs only hope for changing the narrative arc of this year’s Finals is for Love and Irving to be on some, “People might say, ‘Take a chill, B. But F*** that S***, Draymond Green is tryna kill me!!!”

4. AIN’T NO HALF-STEPPIN’: You think the Warriors aren’t aware of the fact that in this year’s playoffs, they’ve been caught slipping in Game 3’s? They lost to Houston, Portland and got smoked, 133-105, by OKC in the third game of each respective series on the road.

But ever since it looked like Oklahoma City was heading to the Finals after taking a 3-1 lead in the Western Conference Finals, Golden State has not been half-stepping, on both sides of the ball.

In their last four games, their defense has put a sleeper hold on opposing offenses, holding them to 88.8 points per game. And despite Steph Curry and Klay Thompson looking more like the underwhelming backcourt combo of Aaron Afflalo and Jose Calderon as opposed to one of the best guard tandems of all time, the Warriors look better than ever.

5. DEEP COVER: The depth of this Warriors team has overwhelmed Cleveland through the first two games. The Splash Brothers combined for 20 points in Game 1’s 104-89 win, but the team’s MVP thus far in the series, Draymond Green, had 16 points, 11 rebounds and seven assists, Shaun Livingston dropped a playoff career-high 20 points, Leandro Barbosa scored 11 while connecting on all five of his shots and Andre Iguodala, last year’s Finals MVP, collected 12 points, seven rebounds and six assists. The Warriors bench outscored the Cavs subs by a margin of 45-10. In Game 2, a 110-77 drubbing that was even worse than the final score indicates, Green had 28 points with five 3-pointers, seven rebounds and five assists in the Warriors’ most lopsided win ever in a finals game. And their defensive execution was superb, with Andrew Bogut blocking everything in sight. And since the Puerto Rican Day Parade is this weekend, we’re going with the Big Pun and Fat Joe version of this classic.

6. GOTTA GET YOU HOME TONIGHT: The Cavs are undefeated at home in the 2016 Playoffs and their seven straight wins at the Q are tied for the longest home winning streak in franchise postseason history. Over their 7-0 run at home, they’ve won by a comfortable margin of 20.9 points per game and have connected on close to 50% of their shots, including a .455 mark from deep. They’re also averaging 24.4 assists over the streak as well. Defensively, they’ve excelled at home as well this postseason, limiting opponents to less than a hunnit points six times, while holding them to 42% shooting. That’s the good news. The bad news is that the (Filth-Flarn-Filth) Warriors are coming to town.

7. LAST CHANCE: The Cavs lost the first two games of this series by 48 points, the largest margin in the history of the NBA Finals. What initially looked like an epic Finals rematch that could go seven games has turned into the Warriors, playing the role of Nicky Santoro, putting Tony Doggs’ head, played by the Cavs, in a vice. If Cleveland doesn’t win tonight, they’ll face the insurmountable task of having to beat Golden State four games in a row. It ain’t happening. But one win gets them back in business. Other than LeBron, they have no individual matchups that they can exploit for their benefit. That’s not a good look in facing the best road team in the history of the NBA.

8. SEARCHING: Cleveland’s strategy of limiting Curry and Thompson’s effectiveness has worked. The Splash brothers have combined for only 47 points in the first two games. But now they’re searching for answers to the Draymond Green conundrum.

The Saginaw, Michigan native has destroyed them thus far.

9. THE FINEST: Kyrie Irving must be at his absolute finest tonight. He’s shooting just 12-for-36 from the field thus far and is 1-for-7 from deep. He has more turnovers, six, than assists, five. He’s been Jimmy Hoffa in terms of facilitating great offense and his failure to assert himself in this year’s Finals is comparable to the New Coke launch in 1985.

Just talking to Kyrie about attacking, attacking early on in the shot clock, Cavs coach Tyronn Lue said in looking up tonight’s matchup. Dont let the switching make him stagnant. But hes one of the players that we have on our team that can go one-on-one, because theyre switching one through five. But he has to make sharp, quick moves. He understands that, but we need Kyrie to be aggressive.

10. WALK AWAY FROM LOVE: Who is going to step up in Kevin Love’s absence tonight? Who does Lue place in the starting lineup, Timofey Mozgov or Richard Jefferson? The Warriors have one defender assigned to LeBron with another always stationed nearby to offer double-team help as soon as he puts the rock on the floor. 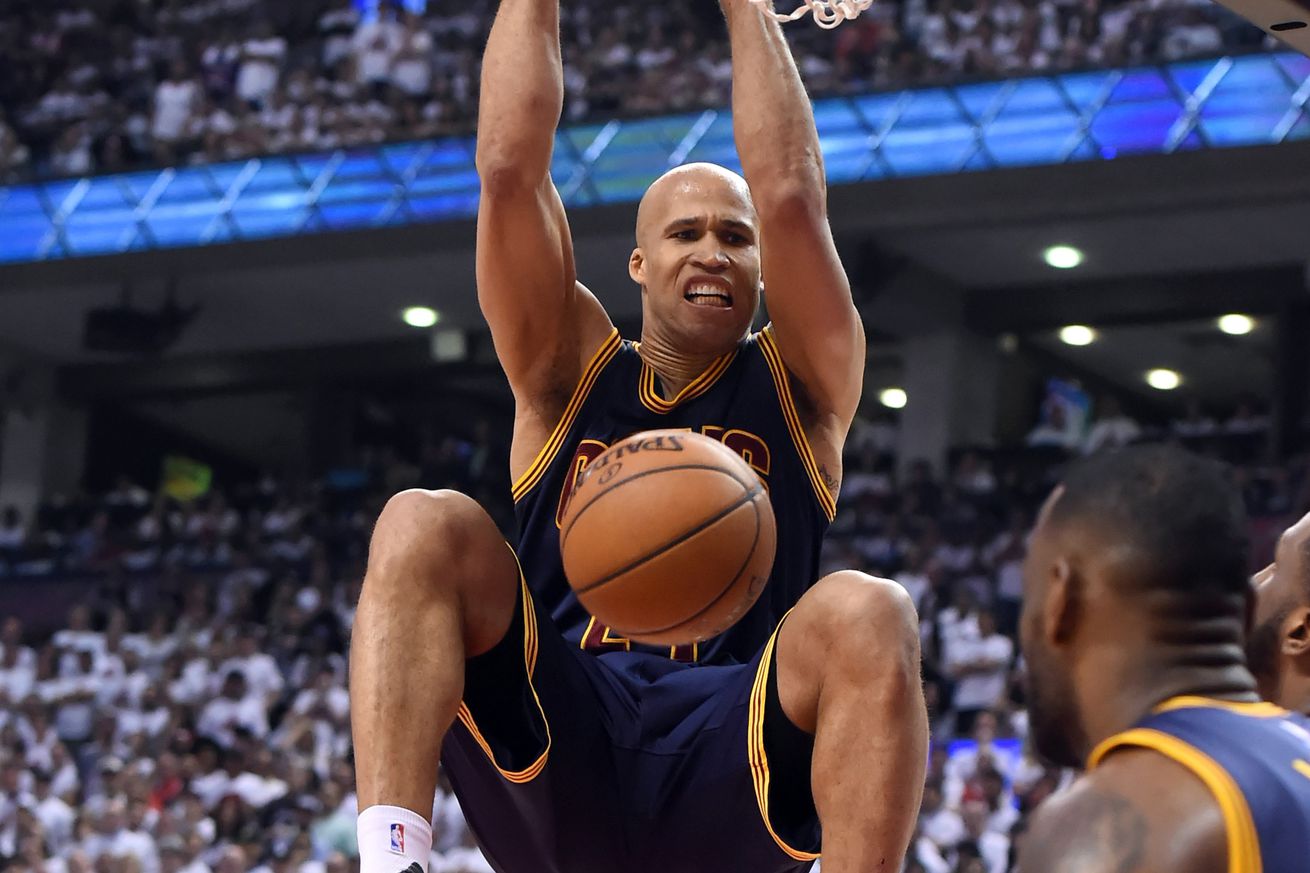 J.R. Smith, Shumpert, Tristan Thompson and everyone else will have to play great tonight. If LeBron’s jumper is off, somebody has to compensate in the form of an unforeseen offensive explosion. A role player must become the story of Game 3, because James can’t do it all alone.

*** Bonus Track: BABY I’M SCARED OF YOU!: This has nothing to do with tonight’s game. But am I the only one who has had recurring nightmares about that monstrosity on top of Iman Shumpert’s head.? That was the biggest adjustment the Cavs made all series!

I should not be watching this cat thinking that this is what Sammy Davis, Jr. would have looked like had he been a baller.