As we celebrate Black Music Month here in our Madison Avenue offices at The Shadow League, we bring you the five key breakdowns to tonight’s critical Game 5 of the NBA Finals between the Golden State Warriors and the Cleveland Cavaliers.

In their 108-97 win in Cleveland on Friday night, the Warriors became the first team in NBA Finals history to make more three-pointers than two-point field goals. The 17 shots that they splashed from deep established a new league record for the most ever made in a Finals game.

Golden State connected on 47.2 percent from beyond the stripe, with Steph Curry stepping out of his underwhelming role in the series previously by making seven of his 13 three-point attempts. The Cavs on the other hand made just six-of-25 overall as a team.

Stephen had a game-high 38 points, Klay Thompson hit four three’s for 25 points and Harrison Barnes made his presence felt on the offensive end by knocking down four threes of his own while scoring 14 points.

If Steph and Klay carry that same marksmanship into Game 5, even with Draymond Green being suspended, the Warriors will secure their second consecutive NBA championship.

2. HUNGRY FOR YOUR LOVE

With the Warriors missing Draymond Green, Kevin Love becomes a bigger factor on the boards and within the offense.  Love put up a double-double in 10 of the Cavs’ first 15 playoff games leading up to Game 2, but the concussion he suffered will be his defining legacy in these NBA Finals if he does not put up some monster performances in the next game or two, if the series actually goes that far. 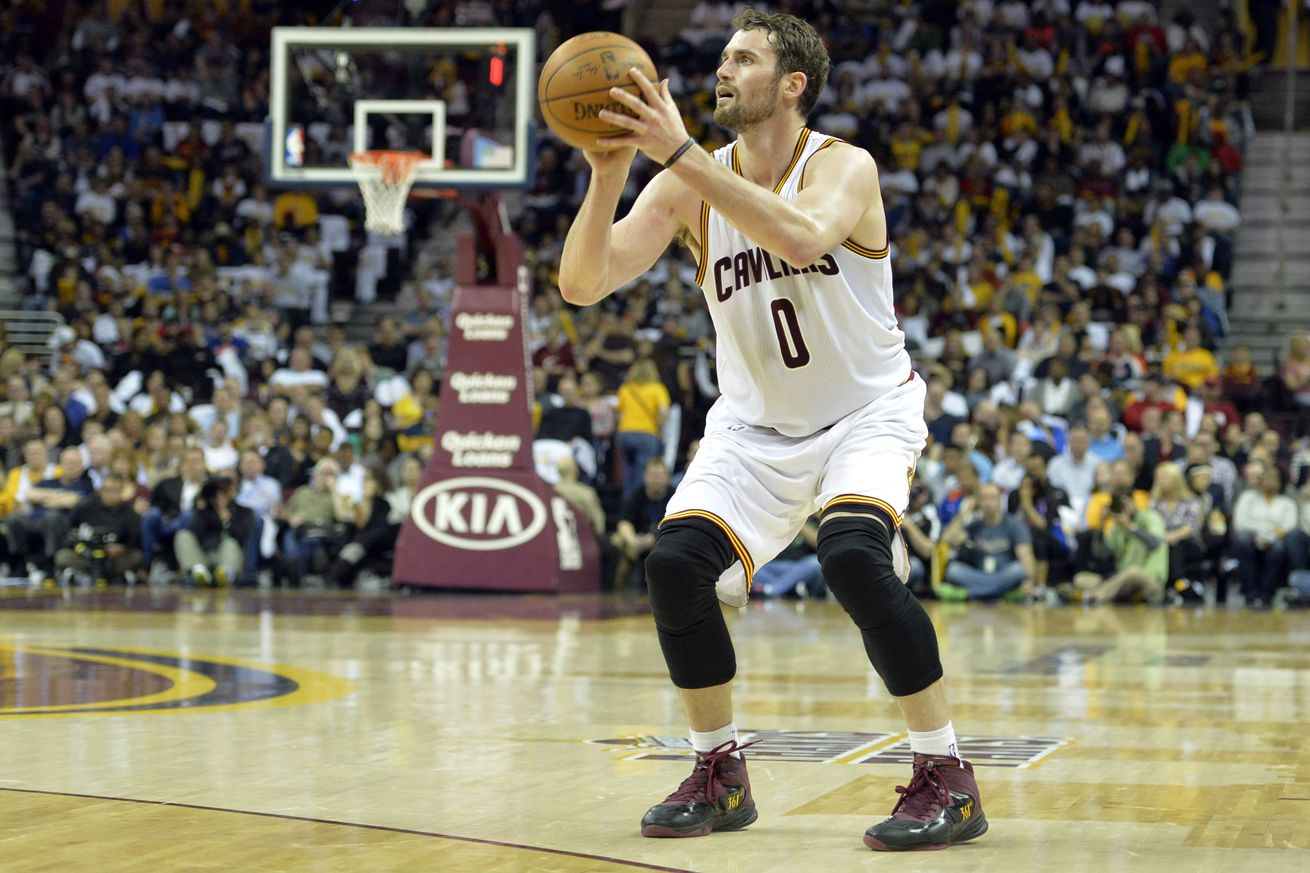 The worst thing that could have happened for him was the Cavs beating Golden State by 30 without him in Game 3, which led to many screaming that LeBron the player must be cursing out LeBron the General Manager for trading away athletic marvel and sensational young stud Andrew Wiggins to acquire Love in the first place.

Love’s 11 points and five rebounds in Game 4 aren’t the type of numbers that were expected from a cat that signed a five-year, $113 million deal. Kyrie Irving showed what he’s capable of over the last two games. The time has come for Love to make his statement as Cleveland fights to stay alive.

The LeBron haters are rejoicing, once again blaming him for the Cavs being on the verge of losing yet another NBA Finals in convincing fashion. But dude is not the problem. He posted his 10th double-double of the 2016 Playoffs with 25 points, 13 rebounds, a game-high nine assists, two steals and three blocks in 46 minutes in Game 4. Contrary to the peanut gallery wailing that he can’t do anything against these Warriors, he’s averaging 31.4 points, 12.4 rebounds, 8.6 assists and 1.7 steals in 43.5 minutes in the 10 career Finals games he’s played against them.

In Game 1, Curry and Thompson combined to score 19 points, but the Warriors balanced attack, spearheaded by their bench, which outscored Cleveland’s 45-10, was the real story. Shaun Livingston’s 20 points while making eight of his ten shots was marvelous, as was Draymond Green’s 16 points, 11 rebounds and seven assists.

Draymond’s 28 points with five 3-pointers, seven rebounds and five assists were the story in Game 2. With Curry having his credentials as a postseason super star in question after three underwhelming performances, he answered in Game 4 with a 38-point explosion after combining for just 48 points total in the first three games of the 2016 Finals. 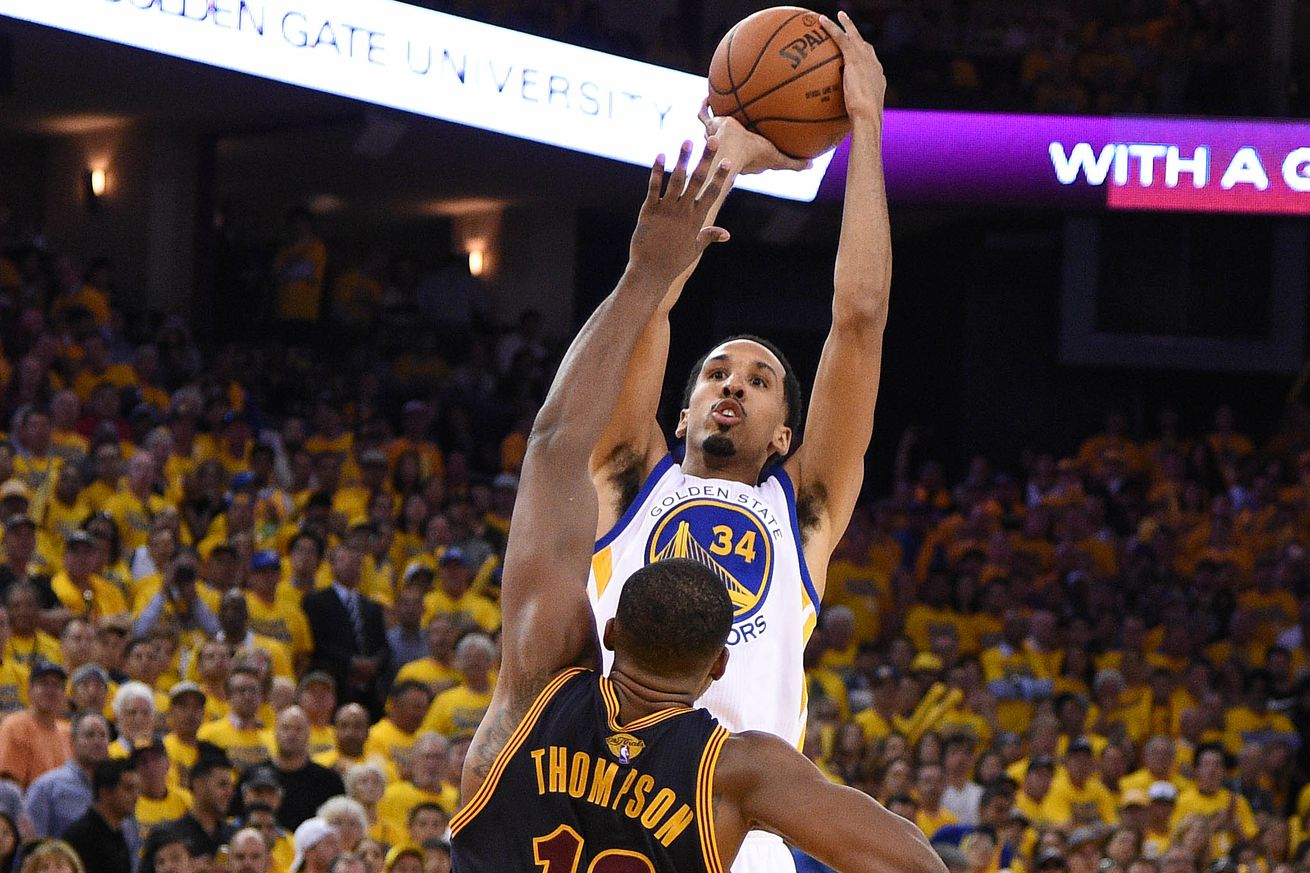 Just when you think you have the Warriors figured out, a new face steps into the limelight to prove how incredibly deep and talented this team is, beyond simply Curry. Don’t be surprised if we get a fantastic performance from someone totally unexpected like James Michael McAdoo or Brandon Rush.

In case you haven’t noticed, this is starting to resemble an NBA Finals from the ’80s and early ’90s, back when teams had a sincere disdain for one another. Cleveland actively lobbied for Draymond Green’s suspension and both squads don’t seem to like one another at all. Expect the Warriors to play angry tonight while Steve Kerr looks to spread the 40 minutes that Green would normally play over the course of the game to his supporting cast.

This remarkable Golden State season has been all about a “Next Man Up” approach. Curry endured multiple injuries, they thrived after losing three of its first four games to Oklahoma City, and will now go for their second straight NBA Title without Green, who is undeniably the MVP of the series thus far.

What better way for the Warriors to cap off this season than by administering a beating without their best overall player, at home, while angrily yelling, “You’re in my hut now!”

If things get physical and testy, the outcome will be decided by the team that’s successful in imposing its will. In such a battle, Tristan Thompson gives the Cavs a modicum of hope.