Wyclef Jeans latest effort, Carnival III, with 19 tracks, is impeccably put together. Its a throwback to not just the golden age of hip-hop, but to a time when people purchased albums, rather than singles.

Theres not a throwaway on the album that infuses soca, dance music, Hip Hop, R&B, with a guest appearance from Daryl Hall of Hall and Oates, and two tributes to Jimi Hendrix. This, he says, is his most focused effort in several years.

Im trying to do it the way it used to be done where music was built from an organic place, not from a place of hype, Jean said.

The Shadow League recently caught up with the supremely talented musician, producer and rapper on a wide-ranging conversation covering charity, politics, music, Haiti, his latest work and more.

The Shadow League: At your listening party in the Hamptons, you wanted to give us a taste of Haiti, with your sunset concert, food, etc.

Wyclef Jean: Yeah, the whole idea with the Haitian experience is the whole idea of freedom and self-expression. Haiti was the first black country to get its independence in 1804. In the republic within the states, we still had slaves. We see so many negative things that’s going on on the island. And we forget this is the most beautiful place in the world.

I wanted to show yall the flyer side of Haiti. Then, the hospitality factor, that’s just a West Indian thing. Its Global gumbo, I got that phrase from Quincy Jones and it’s just eclectic range. We don’t really separate music. 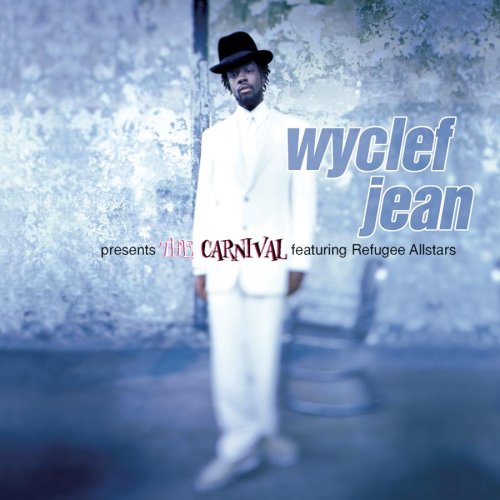 TSL: A lot of people are talking about what Jessie Williams said on the BET awards. I know you have done a lot in terms of social change, from running for president of Haiti, to surprise visits and talks at Newark high schools.

Wyclef: I stand by what Jessie said. I’m not someone who is gonna talk about it, I’m someone who ran for president. I got challenged in the system when I tried to change things. His speech was to remind people that you gotta take action. You have to hold politicians accountable. If you’re saying things have changed and you can kill a 12-year-old kid in broad daylight and get away with it, what really is progress?

I definitely want to see more people react to action. Theres a risk. Anybody who challenges the system, he becomes a target of the system now.

As far as the performances, I loved the Beyonce/Kendrick Lamar performance. The funniest performance was Panda. Bilal was extraordinary. He captured the heart of what Prince is about. I think Sheila E reminded us that musicianship is really, really important. The awards were very eclectic and very conscious. It felt empowering.

TSL: I was very impressed with this latest album. It has a little bit of everything. What was the thought process behind it? What did you want people to come away with?

Wyclef: I wanted Carnival. Carnival is like an eclectic blend done in a perfect way. If I’m deejaying for you, that’s how I would deejay. Bob Marley’s music feels like that. Stevie Wonder’s music feels like that. Earth, Wind and Fire makes you feel like that. You can dance and have a good time and theres always that hidden message. This is the most focused I’ve been on an entire album in awhile.

TSL: What’s the reason behind that?

Wyclef: After Hips Don’t Lie [with Shakira], I took time off to go help my country of Haiti. We all have our time. John Lennon had his time. I’m the most famous Haitian since Toussaint Louverture. So that legacy can’t be I just made people sing and dance. I have to change policy, I have to change legislation, I have to influence that. I plan to continue to do that. To continue putting good music out will only make me stronger.

TSL: What happened with the election? I know in part the issue was residency, but is there something else that people don’t know?

Wyclef: A lot of times people see me doing things and don’t know what’s behind it. I felt like I would have been the best person to negotiate policy for the youth. The kids need work through trade schools. Businesses you set up in the country that if you leave, then you’ve left the structure so people can work in the country.

Similar to Malcom X, I got bamboozled before I could enter the race. I felt like aid is a band-aid unless it forms entrepreneurs and unless people invest in these communities.

TSL: What happened with your charity and reports that money was stolen after the earthquake in Haiti?

Wyclef: If you want facts, facts are online. I was on Oprah and I clearly stated on her show that I constantly denounce any notion of me personally taking funds. That’s ludicrous and the amount of money they said I had taken was an insult to me, my family and everyone else. I’ve seen this happen through the course of history when people try to do good things.

I started a foundation which was a non-governmental organization. I was not running the process of the charity every day. The mistakes made through the organization, we worked with accountants to correct every mistake. The idea of people taking personal funds, we denounced. But that’s not the part people want to focus on.

Like my Daddy said, clean hands cant get dirty.

TSL: What did performing at the World Cup mean for you?

Wyclef: I’m in my studio watching the Euro Cup right now. I love football. I had a chance to perform in two World Cups, one was with Shakira when I wrote Hips Don’t Lie. That game was in Germany.

And then I got a chance to play for the Brazil game. Germany dominated that game. You know how people are like, Summer jam is it! Or the Super Bowl. Well, the World Cup is the biggest summer jam in the world. Its like a billion people. I got a chance to spend some good time with Pel too.

TSL: There are lots of great songs on this album, some of my favorites are My Girl, Wonderful, Thank God for the Culture, Hendrix, and the cover of Jimis Hey Joe.

Wyclef: My Girl is very Caribbean, whether we call it soca or house, its a bpm which makes people dance. I wanted to capture the West Indian Day parade on Eastern Parkway, then zoom over to Caribana and then zoom over to the West Coast. I just wanted to give that festive energy.

For Wonderful, everybody is complaining about how messed up things are, but life is wonderful at the end of the day. Some people have said that’s the song version of Ice Cube’s Today Was a Good Day. Wonderful is feel good, no matter what we going through, we pull together and its gonna be okay–that’s the idea of that.

Hendrix–that’s me playing the guitar. I am a straight up monster guitarist. I’m playing acoustic and electric guitar. The song is a tribute to Hendrix. When my cousins were selling dope, I was practicing Hendrix in the basement. Anything you wanted you could get in the basement. I just gave you music from the basement.

Hendrix was different and I was that kid in the projects listening to like Pink Floyd, Prince, The Police, Synchronicity, Santana, and Hendrix attracted me because of his style of playing. I would just stay in the basement and practice a lot of electric guitar by ear.

I play like seven instruments. I didn’t get formal training until I was sixteen. I became a jazz major in high school, playing the upright bass in Newark at Vailsburg High School after we left Brooklyn.

TSL: On Thank God for the Culture thats you playing piano?

Wyclef: I’m playing some piano. The arrangement for that was done by a kid, his name is Leon Lacy. He was an incredible arranger for me. I wanted the Ray Charles vibe piano and he killed it. I wanted the church thing and Hip Hop. I heard that record in my head, so we found a way to capture that and it was incredible.

TSL:  I didnt know you were in the movie, Shottasa classic.

Wyclef: Everybody is telling me its a classic. I’m thinking for the Hendrix video, if I started with a scene, re-create the scene from Shottas — start the video as I am getting in the car. And its Jabba I got the guitar and he’s like, boy don’t move the guitar, gonna make me a lot of money, what happened to you, boy you want dead. Then I get in the car. A piece of me wants to incorporate that master shot and then another part is like you did that already.

TSL: What made you remake Hall and Oates Rich Girl, one of the first songs I remember as a kid that I can sing and curse and not really get in trouble. And you got Pusha T on the song.

Wyclef: I was cleaning bathrooms with my Daddy at the Ramada Inn and the cover bands would be playing a few songs, one was Rich Girl, others were by Bruce Springsteen and Journey.

That song just takes me to a place and a time. I’m a big Pusha T fan. Pusha T is like the Miles Davis of rap to me. He brings the raw muted trumpet, no hype, he just gives it to you as it is. His voice against Darryl Hall. We brought back Daryl Hall to sing on it. That’s Daryl Hall singing on the bridge.

TSL: Then you did the classic Jimi, Hey Joe

Wyclef: Yes, one of my favorite songs. I love covers. I think Hey Joe is an important song. Like, hey joe where you going with that gun in your hand — especially today with the gun laws. I think its an important undertone message for this generation.

The metaphor, for the woman he killed, could be anything. I just think we have to bring the truth out to the youth.

TSL: How are you adjusting to this new era of distributing music?

Wyclef: Hendrix came out like 4 days ago, it blew up, did 100K streams on Apple. Apple retweeted, then theres a surge going on. There are all of these young people who think Wyclef Jean is a brand new rapper. Its crazy.

Kids are like, He sounds like Future without the Autotune, yo! I distribute on Instagram, FB, Periscope. The artists have to be active on their social media. My daughter gets her music through Music Leak.

I have learned every platform and we’re promoting. Its beautiful to watch kids that are 18 or 19 years old tweeting Hendrix. For the Hendrix video we partnered with Worldstar.

TSL: Do you worry about mainstream radio?