Now that the Tony Romo Era in Dallas is officially a Reynold’s, Romo is supposedly preparing for a team tour to shop his services, similar to the one Peyton Manning enjoyed when he returned from neck surgery in 2012.

No quarterback in NFL history has been able to do things quite like the incomparable Peyton Manning, who defied explanation on the field and in recovering from career-ending neck ailments. Romo was dope at his peak, but I dont know how much interest teams would have in a dude that is as brittle as a potato chip and almost 37 years of age. He definitely can’t start for you.

Romos played five games in two years. People are tossing around Denver as a possible landing spot. However, assuming that he has one or two more years of elite play left in the tank, theres still nothing that Romo has done physically over the past five years that gives us any confidence that he can even make it through a full season. 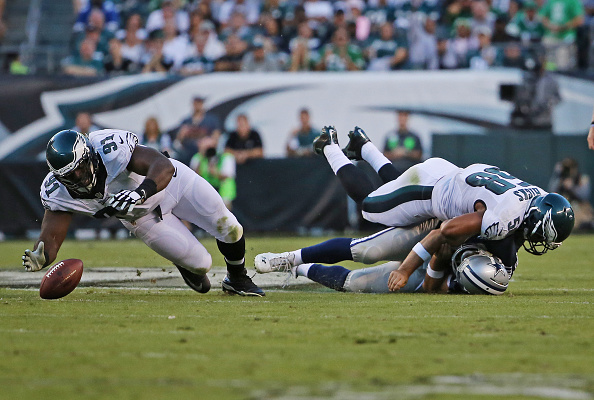 Besides, Denver still has two young QBs to develop for the future. Romo would be a quick fix to try and snatch another Super Bowl. Which isn’t a guarantee. Romo has failed to win a Super Bowl with some pretty good Dallas teams.

Houston has also been mentioned as a destination. They are an elite QB short of really making a move as Super Bowl contenders. They signed Brock Osweiler for $37 million, but he’s not elite and Houston might be desperate enough to release him and make space for Romo’s arrival.

Tony Romo has a luxury right now and thats patience, said ESPNs Jeff Darlington. Also consider the teams Romo himself has on his wish list… We are talking about teams who all have QBs who they can go into the 2017 season with…so Romo and those teams could take their time, but hes not going on a world tour. After he visits Houston and Denver he should have a good idea

At this point, Romo’s got to accept the fact that he can be an asset for a contender. His focus should be on winning a Super Bowl. Status should be secondary. With the illustrious career hes had (Dallas all-time leader in passing and TDs), adding champion to his resume is not a bad look and will cap one of the NFLs most improbable and magical stories.

Lets not confuse Manning and Romo physically either. Mannings career wasnt hampered by various injuries. He had that neck surgery and then kept it moving and played basically injury-free until his final season when he limped down the stretch to his second ring. Romo has been a walking Blue Cross/Blue Shield add and he’s pushing 40.

Any team that takes a chance and invests big money in Romo being a starter is playing Russian roulette with their teams fortunes. Someone will be willing to pay because NFL squads and front offices are always desperate for All-Pro QB play or names with crowd appeal.

If Romo was guaranteed to play at least 13 games, maybe a team that is an elite QB away from being serious contenders would take a pass on him, but at this point in his career Romo might have to face the music and realize that his days as Top Shotta are over.

Just put a ring on that legacy the best and safest way possible. If he has to backdoor it, so be it.