If LeBron James fails to win an NBA Championship with the Cleveland Cavs and then exercises his opt out clause at the end of this season to test free agency, then it will be safe to say his return home was a bust.

Regardless of what LeBron says about his commitment to Cleveland, dont be fooled. Its panic time again in the state of Ohio.

In July of 2015, LeBron signed a one-year deal with a player option in year two. As he approaches that second year, he seems as far away from an NBA Championship with Cleveland as hes ever been.

When King James left Miami and returned to Ohio to get his city that long-awaited NBA championship, he was praised as a savior and a rare example of a pro athlete whose decision was motivated by doing the right thing and making history rather than money.

The first season didnt go as planned, despite an NBA Finals appearance. Injuries to Kyrie Irving and Kevin Love basically had LeBron playing the mighty Golden State Warriors 5-on-1.

A flurry of offseason moves and re-signings gave Cavs fans some confidence entering this season. Some say its false confidence, as Golden State continues to chase the ghosts of the 72-win Bulls and winning back-t-o-back chips is considered money in the bank…or Curry from three. 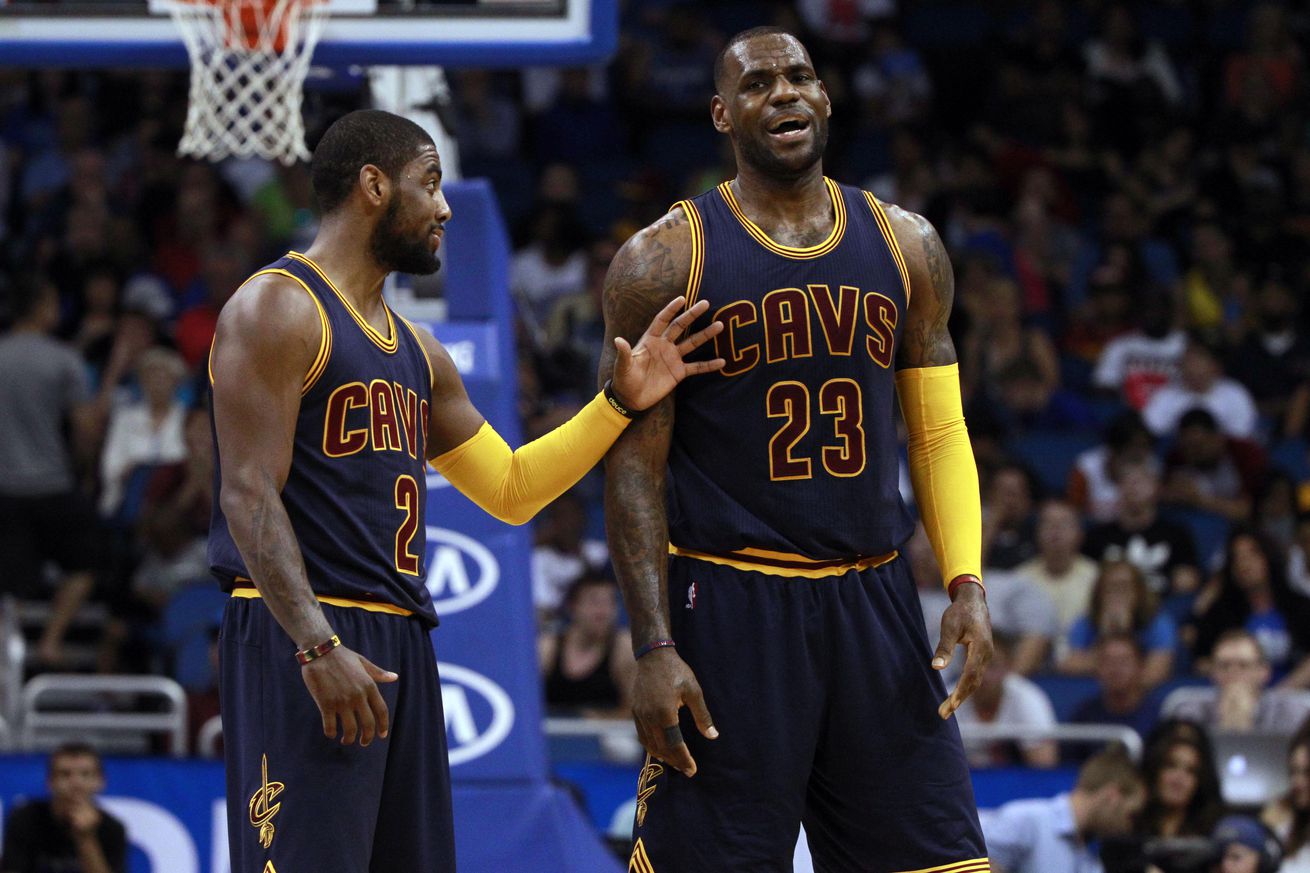 At times, the Cavs have looked dominant and very capable of snatching that shiny ball. Other times, they have looked old and lethargic, even uninterested. The same can be said for King James himself.

Clevelands last six games say it all. On February 21, they routed OKC 115-92 and James was typical, scoring 25 points with 11 dimes and seven boards. The following night they lost to Detroit, 96-88 and LBJ shot a miserable 5-for-18 (12 points). Following two days of rest, James came back and went 23-7-7 against the Charlotte Hornets in a 114-103 win on Feb. 24.  He also shot 61%  from the field. After one night off, he dropped 25 points, but had six turnovers and missed four free throws in a two-point loss to Toronto on Friday.

Cavs Coach Tyronn Lue finally got the message and decided to DNP LeBron as Cleveland got spanked 113-99 by Washington on Sunday night.

True to form, King James returned from his night off revived and back on his grizzly, dropping 33 points on 63.6 percent shooting. He made 14-of-22 field goals and the Cavs defeated a tough Indiana Pacers squad 100-96 at Quicken Loans Arena last night.

At 31-years old with 13 years of NBA mileage on his body, James is developing a pattern of showing some decline in performance during the second of back-to-back games.

As Cleveland attempts to capture the Eastern Conference No. 1 seed and maintain its two-game lead over surging Toronto and The Odd Couple, Bron still has eight back-to-backers to deal with before the playoffs start. Snatching that top seed may be a problem as the Cavs are considering resting LeBron more down the stretch so that he can be at full playoff capacity. His age is slowly becoming a new variable that the Cavs didnt have to deal with previously.

Will LeBron’s play be just as erratic during the playoffs when resting him for a game is not an option ? The burden of “being LeBron” wore him down in last season’s finals. If Love and Kyrie can lend a helping hand, then maybe Bron can keep something in the tank for the finals.

LeBron has seemed more frustrated during his two seasons with Cleveland than at any point in his career. They were 18-12 in the first 30 games last season and showed some weaknesses in the construction of the roster. LeBron threw a tantrum and they made the trade for JR Smith and Iman Shumpert. It helped a bit, but things never really fell into place.

This season, David Blatt was given the boot in his second-year as coach and many people feel LeBron had a lot to do with that. LeBron has seemed to channel his inner Michael Jordan and Kobe Bryant and is becoming a vocal tyrant of sorts in the locker room and on the floor.

On Monday, Stephen A. Smith went off about what he has been hearing surrounding Irving in Cleveland and its not good for Cavs fans.

Dating back to last year, Ive been told that Kyrie Irving aint too happy being in Cleveland, Smith stated on First Take. The situation is not ideal for him. I dont know the particulars, I havent spoken to him personally. Its something that Ive been hearing for months; that under ideal circumstances he would prefer to be someplace other than Cleveland.

Cavs owner Dan Gilbert did everything but give LBJ total franchise ownership to get him back to Cleveland. While LBJ did reach a sixth-straight NBA Finals last season, the expectations were exceeding the performance from jump.

The rumor mill was in full effect early on and reports that James would jump ship if the Cavs didnt prove to be a chip -caliber squad were surfacing on social media.

James’ return to Cleveland will go down as one of the greatest feel good stories in NBA history, but LBJ wants to win. Dont get it twisted. Thats why he left Cleveland in the first place and joined forces with Dwyane Wade and Chris Bosh to form The Big Three and won two NBA titles that silenced a legion of haters.

He has given it the old college try, but his attempt to form his own Big Three in Cleveland just doesnt seem to be a winner. Granted, this will be the first season that all three players get to tackle the playoffs as a mighty, healthy triumvirate. For most basketball heads, however, they dont pass the smell test. Something is still missing (besides a back court consisting of Steph and Klay). 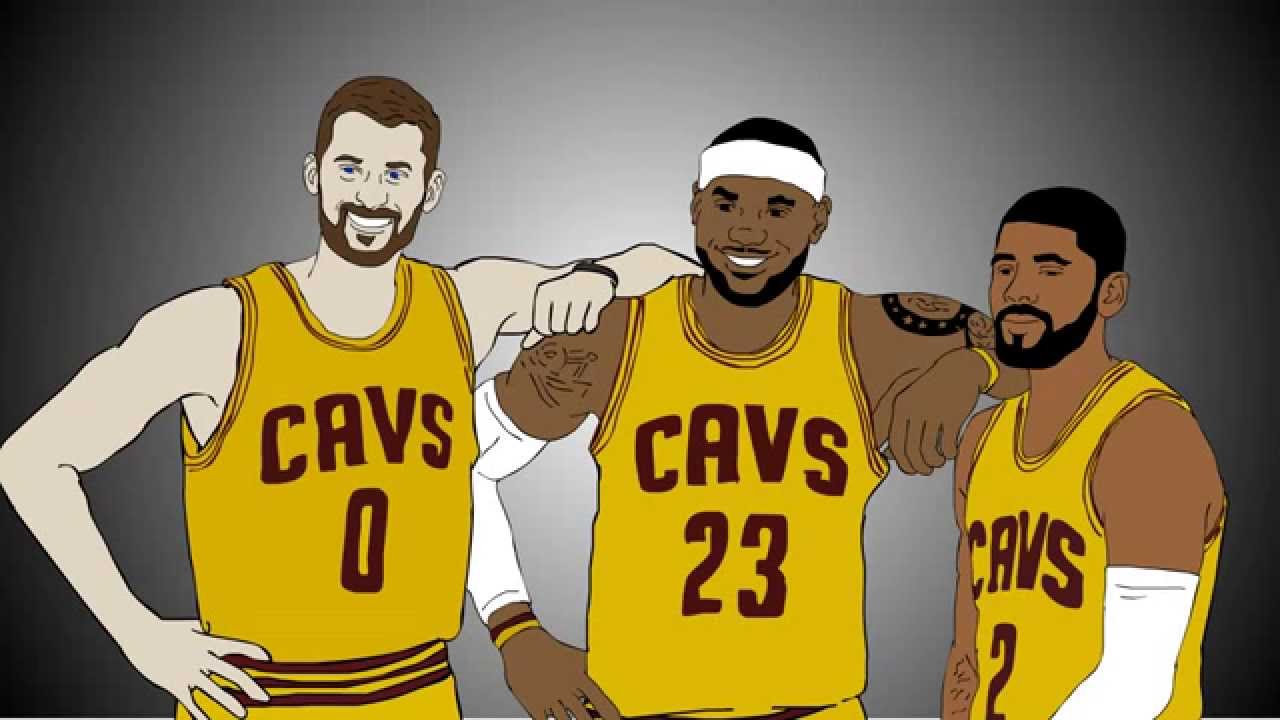 Unless Wade and some other stud is going to join LBJ in Cleveland, then he might as well get out while he can. His departure wont be nearly as venomous as last time because he came back when he didnt have to. He will always have that ace to play during times of criticism.

Despite the long-term deals signed by Love and Tristan Thompson, if this team doesnt start showing signs of potential dominance, theres no reason why an aging James would rot away his chances of acquiring more hardware by trying to accomplish something thats just not in the cards.

While Steph Curry and The Pot Cookers are breaking records and executing picture perfect teamwork and continuity, LeBron is still complaining about his teams heads not being in the game, when the stakes are way too high for any of that.

Following the loss to Toronto James said, there was was mental mistake after mental mistake…We get so caught up in the physical side, but we lack the mental right now and we have to continue to get better.

Needless to say, they need to improve quickly because Golden State is still soaring to higher stratospheres as we speak.