In football circles, the 62-day period between Dec. 1 and Jan. 31 is full of holiday cheer, college bowl games, the national semifinals/championship game, NFL late-season madness and epic playoff duels. And then, of course, we top all of that off with the Super Bowl.

Sandwiched in between is the annual merry-go-round of coaching firings, and hirings.

Diversity in the workplace is a major point of emphasis preached by various hiring managers in corporate settings. However, this practice is often overlooked by college presidents and NFL owners when it comes to their coaching vacancies.

The scales are severely unbalanced when tallying the number of active black head coaches in comparison to their white counterparts. There are a host of talented assistants on staffs waiting for the opportunity to show they can run a team. All they need is a team owner or university athletic director to give them their stamp of approval. And then, they need to be hired.

The New Kids on the Block

At the conclusion of the 2015 regular season, 25 FBS (Football Bowl Subdivision) schools had coaching changes due to firings or resignations. Of these openings, three of them were filled by African Americans Dino Babers (Syracuse), Mike Jinks (Bowling Green) and Scottie Montgomery (East Carolina). Their hiring of these men brings the  list of black coaches to 11, out of 128 FBS programs.

Babers makes a lateral move based on job title, but elevated his status in terms of resources and national notoriety. The rising star takes over the program at Syracuse after a successful two-year stint at Bowling Green. Under his watch, the Falcons went 8-6 in 2014 and 10-3 in 2015, winning the Mid-American Conference East Division in consecutive seasons.

Babers position at Syracuse marks his third job as a head coach. Prior to Bowling Green, he patrolled the sidelines for two years, 2012 and 2013, at Eastern Illinois. Under his watch, the Panthers went 19-7 overall, 14-1 in league play, won back-to-back Ohio Valley Conference championships and advanced to the Football Championship Series (FCS) playoffs. 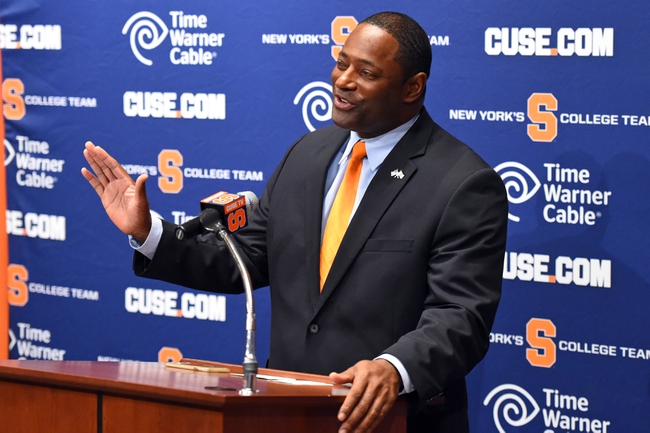 Bowling Green replaced one hot coaching commodity with another after hiring Jinks. The first-time head coach previously served as the running backs coach (2013-15) and assistant head coach (2015) at Texas Tech.

Montgomery, East Carolinas new leader, joins the Pirate family after a fruitful coaching run at his alma mater, Duke University. After playing wide receiver for the Blue Devils from 1996-99, He had a short run in the NFL with the Carolina Panthers, Denver Broncos and Oakland Raiders. Montgomery concluded pro career in 2005 with the Georgia Force of the Arena Football League.

Montgomerys coaching career includes position jobs in college and the NFL. From 2006 through 2009, he was the wide receivers coach at Duke. He later coached receivers for the Pittsburgh Steelers from 2010 to 2012 and returned to Durham in 2013 to once again instruct the wide outs. In 2014, he was promoted by the Blue Devils head coach David Cutcliffe to work as the assistant head coach, offensive coordinator and quarterbacks coach.

Montgomery bid farewell to Duke with a 44-41 overtime win over Indiana in the Pinstripe Bow after the offense posted 536 yards of total offense in the win.

College head coaches, especially those at the Power Five schools, all have their roots at smaller institutions in terms of leadership positions.

But when it comes to interviewing potential candidates for FBS coaching opportunities, HBCU head men are often overlooked in the process.

Nevertheless, despite working with limited resources and funding, they continue to pile up wins.

There were five men on this list when the season began. The firing of Lovie Smith this week after two seasons with the Tampa Bay Buccaneers sent shockwaves throughout the NFL and further widened the gap of disparity for coaches of color.

Tampa Bay appeared to be trending in the right direction.  The Bucs improved by four games, going from 2-14 in 2014 to 6-10 in 2015 behind quarterback Jameis Winston, the No. 1 overall pick in last springs draft.  Smith, who coached in two Super Bowls (St. Louis Rams defensive coordinator – SB XXXVI, Chicago Bears head coach SB XLI) now finds himself looking for employment.

Of this current group of black head coaches, Marvin Lewis has served the longest, working his job since 2003. Smith, Lewis, Tomlin and Caldwell have all been head coaches that have led their teams to Super Bowls.

While there is no mandate in terms of hiring minority coaches in college football, the NFLs Rooney Rule, which was instituted in 2003, serves as a minority-hiring accelerator. On the surface, the Rooney Rule is a measure of progress for equal employment opportunities.

However, it cant fully offset the disparity of black head coaches in the NFL. The rule only requires for owners to interview at least one minority for head coaching and senior football operations positions.

When the sun set on the 2015 regular season, seven clubs posted a help wanted sign in their storefront window. While its still uncertain as to who will fill those respective vacancies, heres a listing of qualified minority applicants that deserve a chance.

Jackson has 29 years of coaching experience both in college and the NFL. In 2011, he was promoted from offensive coordinator to head coach of the Oakland Raiders. However, he was fired at the end of the season after going 8-8. 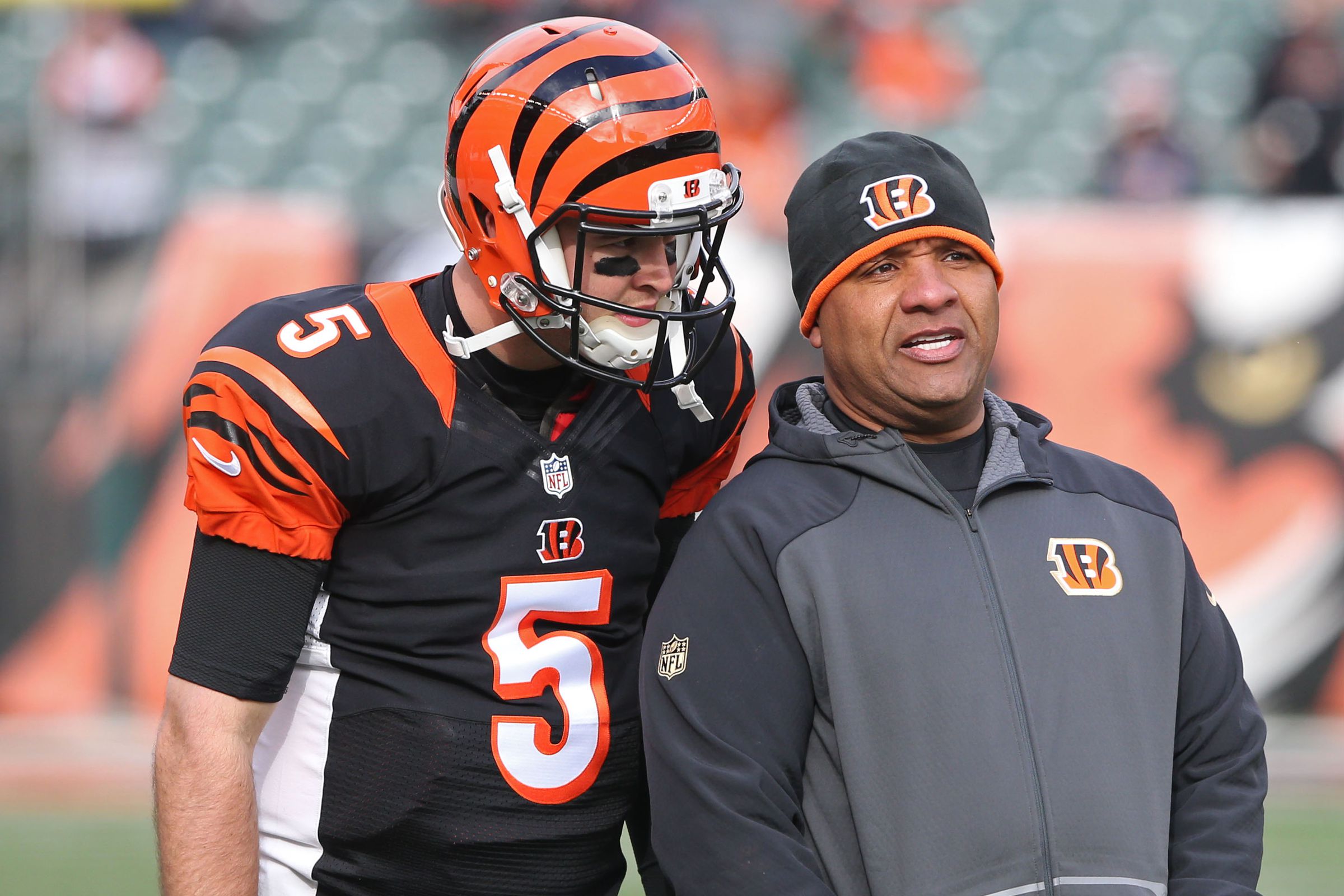 Since then, hes served on the staff in Cincinnati, working first as a secondary/assistant special teams coach (2012) and then as running backs coach (2013). For the past two seasons, hes drawn up plays as the offensive coordinator.

Austins work on the sidelines dates back to 1991 as a graduate assistant at Penn State. He coached multiple defensive positions at Wake Forest, Syracuse Michigan and Florida. His NFL gigs include roles with Seattle, Arizona and Baltimore. Austin coached in two Super Bowls (Seattle, Baltimore), winning it all with the Ravens in Super Bowl XLVII.

He was hired as defensive coordinator with the Lions in January 2014. During Austins first year, Detroit finished third in the NFL in scoring defense, allowing 17.6 points per game. The defense struggled in 2015 with the absence of defensive tackle Ndamukong Suh to free agency and linebacker DeAndre Levy, who missed the majority of the year with a hip injury.

Despite being unemployed since November, Hamilton should be in the loop of candidates being called for head coaching interviews.

The Howard University graduate has worked with the Jets, Bears and 49ers coaching quarterbacks and wide receivers throughout his 16-year career. He also held the same titles at Stanford from 2010-12. 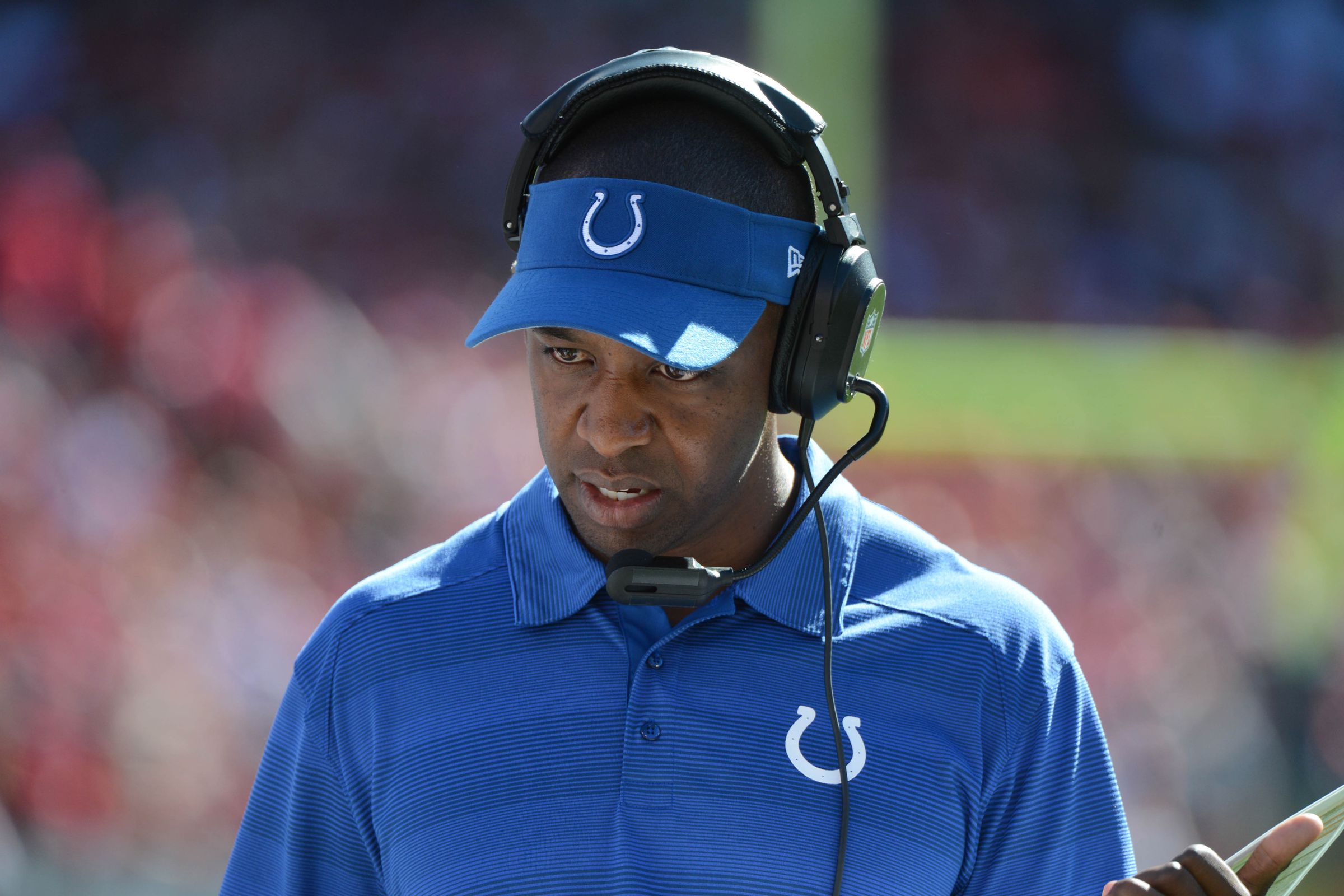 Hamiltons most prominent job was with Andrew Luck in Indianapolis. Last year, the Colts ranked third in the NFL in total offense (6,506) and sixth in points (28.6). Luck tossed a league-high 40 touchdowns and led Indianapolis to the AFC Championship Game.

This season, the former No. 1 overall pick sat out nine games with injuries and the team missed the playoffs.

Sumlin is one of the hottest names in the college coaching circle. He has an overall record of 71-33 while running the show at Houston and Texas A&M. Sumlins best season came in 2012, his first year at A&M, when he led the Aggies to an 11-2 mark. The Aggies finished second in the SEC West with signature wins over No. 1-ranked Alabama and No. 11-ranked Oklahoma in the Cotton Bowl Classic.

Perhaps the most infamous player hes coached was Johnny Manziel. Under Sumlins coaching, Manziel was the lightening rod of the team, winning the 2012 Heisman Trophy, SEC Offensive Player of the Year and AP Player of the Year just to name a few.

Since that magical season, Texas A&M has finished 9-4 and 8-5 in consecutive seasons. This year marked his first loss in a bowl game.

Just like Sumlin, Shaw is a proven winner who is habitually discussed during this time of year regarding rumors of NFL coaching jobs.

Although he has denied any interest in working in the NFL next year, hes still one of the best candidates in the country.

Before donning the top headset in 2011, he was the offensive coordinator under Jim Harbaugh from 2007-10. This workload included one-on-one instructions with Andrew Luck.

Shaw has established a solid legacy at Stanford, going 54-14 in five seasons. His record includes three Pac-12 titles, four North Division crowns and a 3-2 record in bowl games, where the Cardinal are 2-1 in the granddaddy of them all, the Rose Bowl.