This isn’t about simply if a person deserves a second chance.

In most cases – not all – the answer is almost always yes.

People make mistakes. They have to deal with consequences, the penalty. Then comes their chance for redemption.

Then there’s Oklahoma running back Joe Mixon. He’s considered one of the most talented players in tomorrow’s NFL Draft.

In fact, had it not been for that fateful day three years ago when he punched a female Oklahoma student in the face, Mixon might be the toast of the draft – hugging the commissioner on stage and all that. 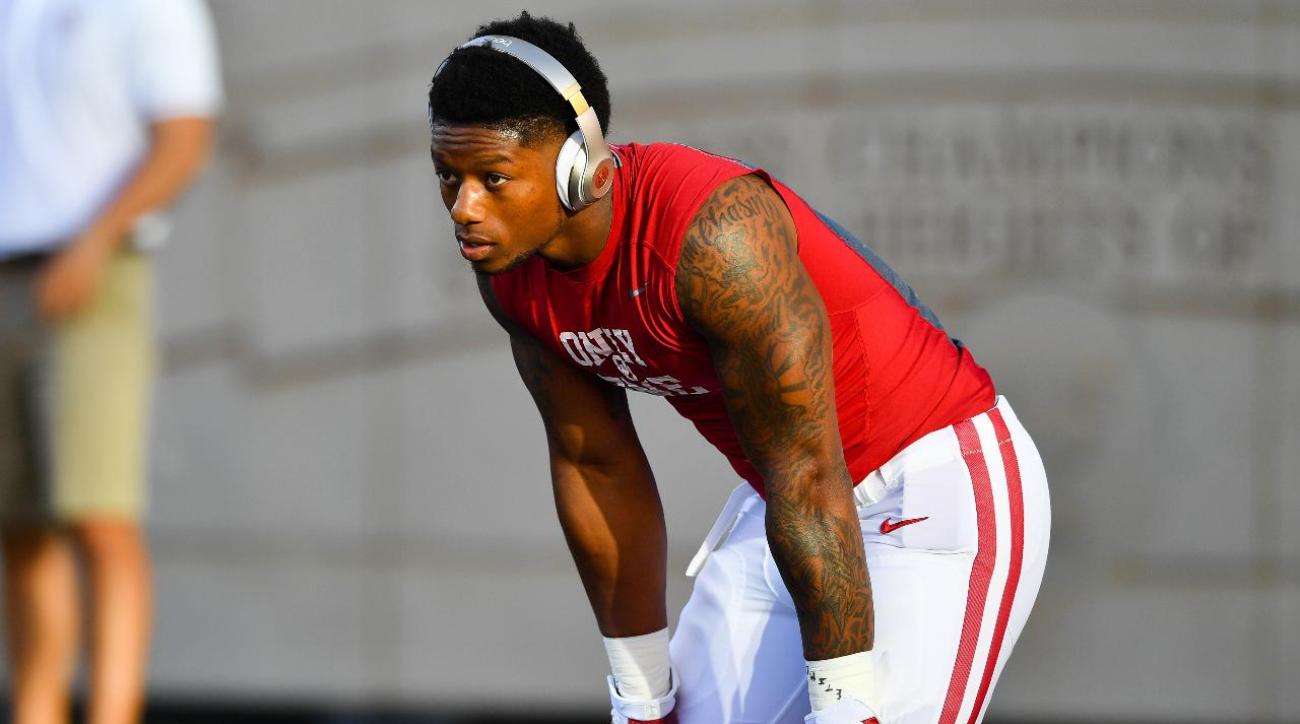 Fair or not, it’s hard to overlook the video of Mixon punching a woman with what looks like all his might after a disagreement.

It’s one of the most graphic, disturbing things you can watch.

Mixon using my bad, oops or I’m sorry won’t remove the damage done. Or even the knowledge that Mixon reached a cash settlement with his victim.

In fact, it makes you look at Mixon different and wonder what’s inside this guy. It’s totally scary.

Fair or not, it makes you wonder if there is something seriously wrong with him, to hit a woman in such a manner.

Yeah, we get it. He was punished in college, missed a season. But he was back last season, tearing up the college kids on the field.

Even so, Mixon wasn’t invited by the NFL to the combine. Several teams have already eliminated Mixon from their draft plans, including the New York Jets.

Jets GM Mike Maccagnan sounded like a person who will pass over talent attached to such an ugly incident.

“There’s some things that are extremely egregious that I personally have a very hard time condoning,” Maccagnan told the NY media on Monday about players with incidents of violent behavior toward women. “And (domestic) violence in particular is a very serious thing to me. For me and my wife, we’ve had a personal experience with that…. We don’t take it lightly.”

Close friends of the Maccagnans were killed in a domestic violence murder-suicide several years ago.

Many will watch this closely, see where the NFL is headed. Is it serious about domestic violence? Or will it drop its core values for talent?

It’s a big moment for the NFL. No doubt.

There’s a high profile case that just ended with an NFL player taking their own life in prison.

Aaron Hernandez got a second chance, too. The New England Patriots ignored all the warning signs. For most teams in the NFL, Hernandez was on the DO NOT DRAFT board.

They just didn’t care. They chose football skills over right and wrong. The Pats were bitten.

It’s fair to say now that Hernandez probably should have never wore an NFL uniform. But he did and made millions.

This time around, it’s interesting that the Pats have made it public that Mixon won’t be drafted by their franchise.

Baseball, to its credit, has made a commitment against domestic violence. Aroldis Chapman, Jose Reyes and Jeurys Familia have all been suspended under the league’s new tough policy.

The NFL’s policy is lame by comparison. It’s why one former player will be watching the draft.

Enter Ray Rice, the former Baltimore Ravens starting running back who was basically banished from the NFL for assaulting his wife.

It was all caught on video. Despite being sorry, Rice was cut and never got another opportunity to run the ball in the NFL.

Part of it was his skills were diminishing, the bigger part was that the video haunted him. It was impossible for a GM to sign him and introduce him the media without all the questions that follow.

The same goes for Mixon tomorrow night. The team that drafts him will have a lot of explaining to do.

Domestic violence shouldn’t be tolerated – even if you’re a great player.