The antiquated technologies, the colorful fashions and the memories of ’80s summer afternoons running through fire hydrants, playing hide and seek, eating popsicles and corner store candy just cascade across the mind when recalling this excellent piece of work from BET.

Directed by Chris Robinson, The New Edition Story was a masterfully-crafted music biopic as far as direction, editing and acting. It took me back. It took us all back.

Oftentimes, many of my generation and from similar economic backgrounds are very quick to disparage that time. It seemed like one bad thing after another was happening back in the day. So many bad things occurred in the decade that much of the positive is often obscured. However, there was a great deal of good.

For  ’70s and ’80s babies, New Edition was a big part of that culture. When taking a trip down memory lane, a lane paved by the BET miniseries that has us all buzzing, we see ourselves in that time. Wearing raggedy Pro Players while dreaming of suede Pumas, then wanting a pair of shell-toes after KRS-One dropped “The Bridge is Over.”

Air Jordans? Those were completely out of the question. When the first episode of the BET miniseries aired it was like I was instantly transported back to those times. No longer a grown-ass-man, but a snot-sniffling, ashy little boy.

Running through parking lots strewn with broken glass and discarded tires as if they were lilies and posies in a field. It was all about perspective and appreciating what we had.

The plight of New Edition was something many of us were aware of. Before the Internet, social media and blogging divas, the fans of New Edition lived precariously through the group. Pop star periodicals like Black Beat and Jive magazine had us following the group’s every popular move. All the girls had a favorite group member to idolize, and all the boys tried to emulate the style of a particular member.

Now, fellas being how we are, very few will admit to this as adults. Especially after growing up through hip-hop, then gangster rap, surviving the trigger happy ’90s, and all manner of other “hardcore” pursuits. We pass these lessons on the best we can, but some of our children would scoff at the idea that many of us wanted to be R&B singers long before we wanted to be sports or rap stars. 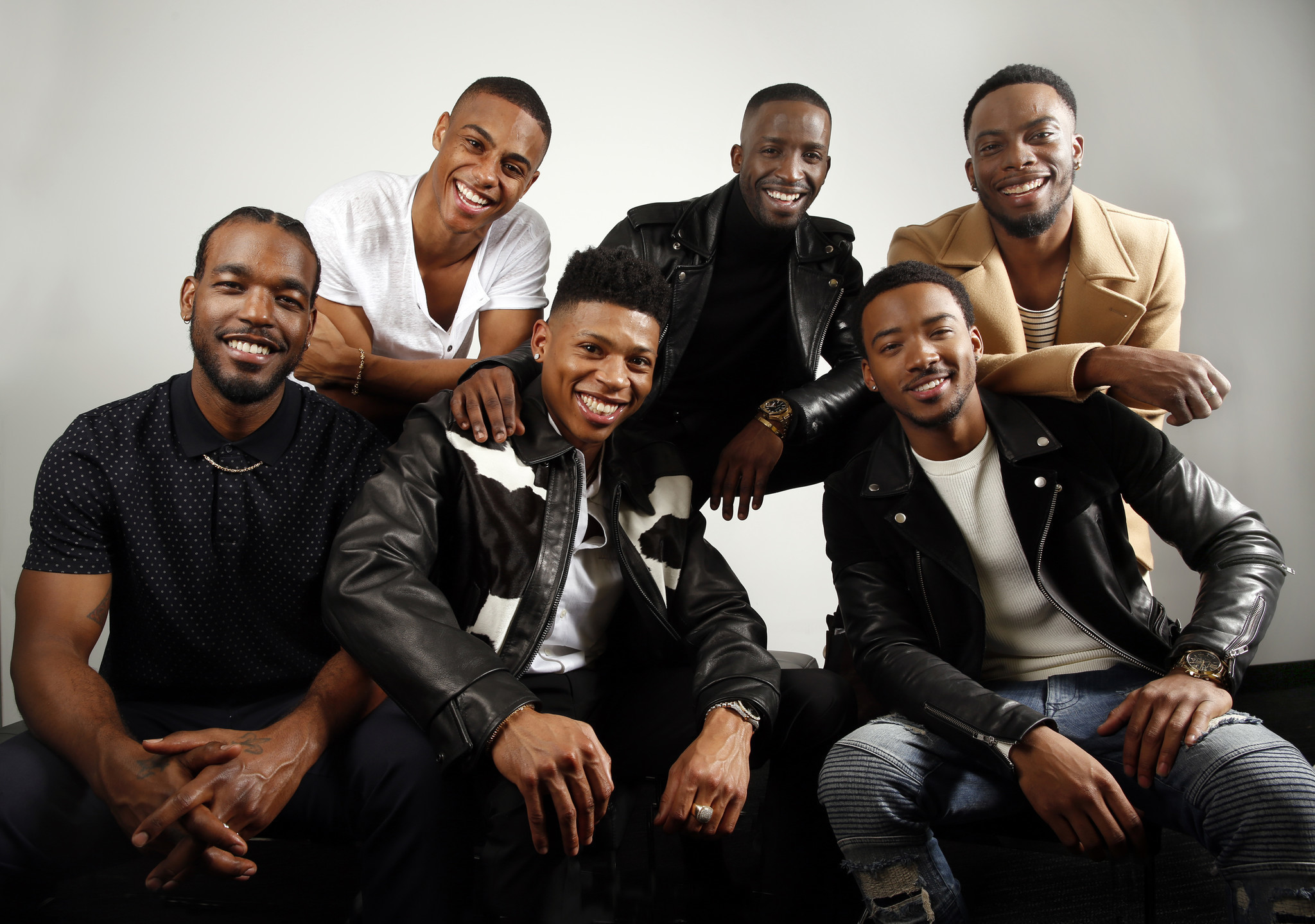 The linear nature of the offering also mirrors the growing pains of the young black contemporaries that they have never met, but who knew them very well via the media. I watched the second installment and saw the familiar refrain young boys struggled with the wait of manhood and responsibility.

In those grumblings between Bobby Brown and Mike Bivins, and later between Bivins and Ralph Tresvant, we see the types of growing pains all men must go through in the world. Whether it is fair or not, men and boys alike tussle and hustle for position in life. It’s ugly, it’s uncomfortable but in the end it’s necessary. Episode Two reminded me of that and it also reminds me of the haphazard manner in which many of us grow up to stumble through business and personal relationships. It’s all a learning experience that never ends.

By the third episode, childhood dreams and observations are no longer apropos. The group members are clearly men and dealing with men issues, most of which are simply the repercussions of their own actions and decisions. They are who they are at this point. I know the story of New Edition. I lived through it and reported on a good deal of it early in my career.

So, I didn’t watch the miniseries for some kind of historic road trip. As they lived their lives, I went from wanting to be like them as a child, to being concerned for their safety as a teenaged fan watching the news reports about in-fighting and drugs, to being absolutely abhorred at the trajectory of destruction their collective careers seemed to be on. Through it all, they have weathered all the painful consequences of their decisions and have emerged on the other side as men. We all should be so lucky.

They say with times comes clarity, and it is clear that there are plenty of lessons to be had from this piece. But not for the film’s subjects but the viewers as well.  Particularly, the male viewers.  On display were the pitfalls of ego, jealousy and avarice, but also the virtues of brotherhood, camaraderie and sacrifice for the greater cause.

A well-crafted offering that is more than just entertainment but a lesson for all who care to see it.