As we gear up for Game 2 of the 2016 NBA Finals at Oracle Arena in Oakland between the defending champion Golden State Warriors and the Cleveland Cavaliers, who are seeking the city’s first championship since the Browns’ NFL title in 1964, the key players will have some statements to make based on Game 1’s 104-89 runaway victory for the Dubs.

Since the guys are busy getting ready for this crucial Game 2 – which will either solidify the Cavs’ Junior Varsity status if they’re smoked out of Cali once again, or add some spicy anticipatory flavors to the series if they’re able to pull out a win and knot things up – we’ve enlisted their musical doubles, in lieu of Black Music Month (White guys with soul count too), to make their statements for them.

Klay had an off night offensively, only scoring nine points and missing a slew of open looks that he normally converts. But his team spread the offensive wealth and his shooting guard counterpart for the Cavs, J.R. Smith, scored only three points.

Thompson played excellent perimeter D within the Warrior’s system of switching off screens, where they take advantage of their length and speed. Do not expect Klay to fade into the background in this series much longer.

I’m sure he’s already asked his teammates, heading into Game 2, “Can I come bubble with you?”

After Game 1, where Steph scored 11 points and dished out six assists, you think he wasn’t rolling around on the locker room floor after the game, guffawing like Arsenio Hall?

The Warriors smacked the Cavs without a single Curry-McFlurry offensive monsoon of buckets.  While Steph and Klay struggled, their teammates showed the unsophisticated observer why they have a chance to go down as perhaps the greatest team ever.

Teamwork is not some random phrase thrown around in Golden State’s locker room. It’s embedded within every manifestation of their business and on-court philosophical systems. The team’s theme for this Finals is “Strength in Numbers.”

Steph’s boys handled the heavy lifting to set the tone, now sit back and watch for one of his signature eruptions. He has let his teammates know, “It’s just the little things you do, that show how much you really care.”

Say what you want about the incredible contributions that Golden State got from its Bench Mob, but that Game 1 Bernard Hopkins-type body blow had Draymond Green’s knuckle prints all over it.

The Saginaw, Michigan native brought his lunch pail to the glitz and glamour of the big stage, like he does every night, and weakened the Cavs with his scientific 16 points, 11 rebounds, seven assists and four steals.

Aficionados understand the understated brilliance of Draymond and his impact within the various hidden chambers of the game. My man walks into the tip-off circle for every game on some, “Who you suckers think you trippin’ with? Yes, I’m the boss!” 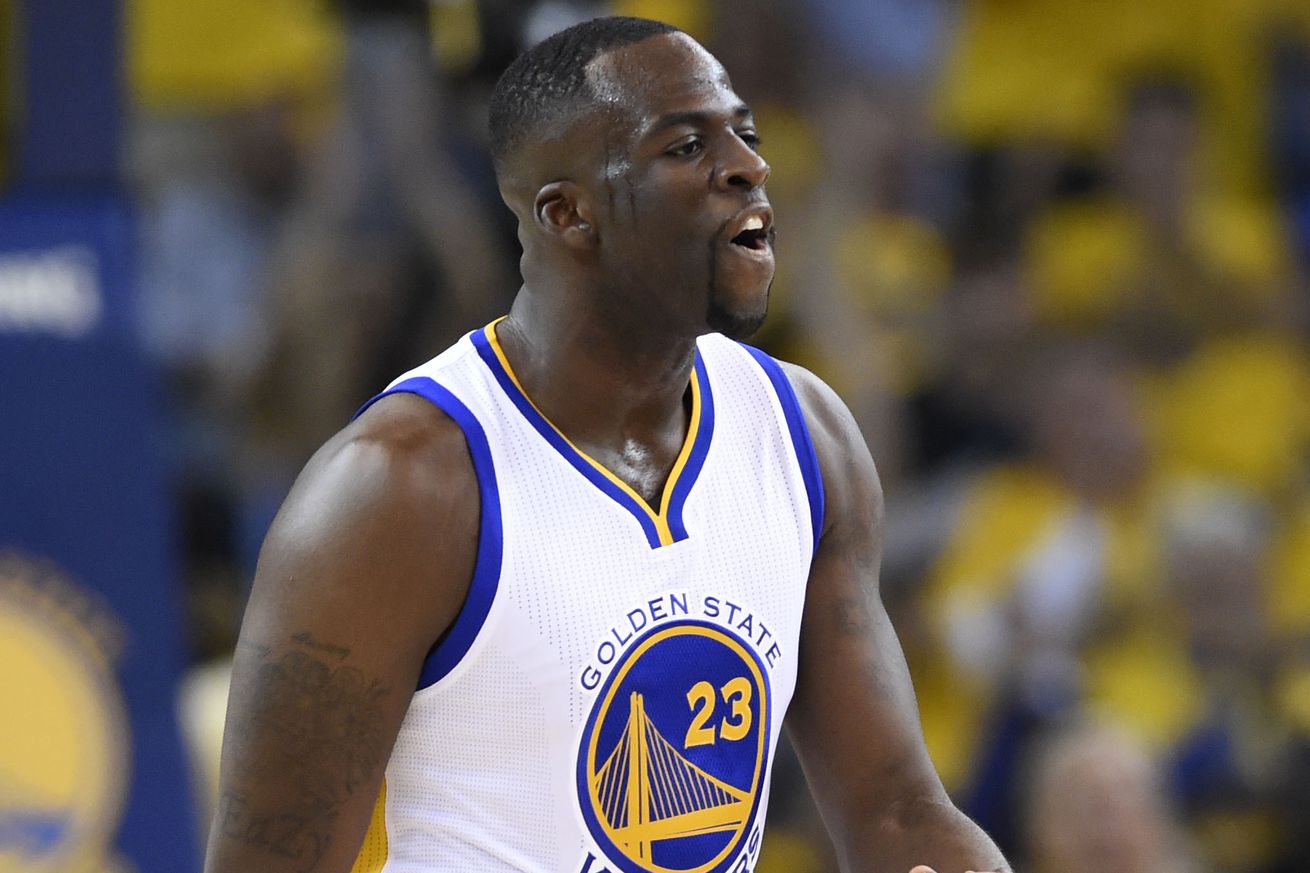 Golden State’s bench outscored the Cavs’ reserves 45-10 in the opener of this finals rematch.

The reserve unit highlighted the glaring disparity of overall team strength that the Warriors employ in this matchup. They served notice, individually saying, “I’ll give all that I can give…I’ll give you plenty love, because you deserve the best!” 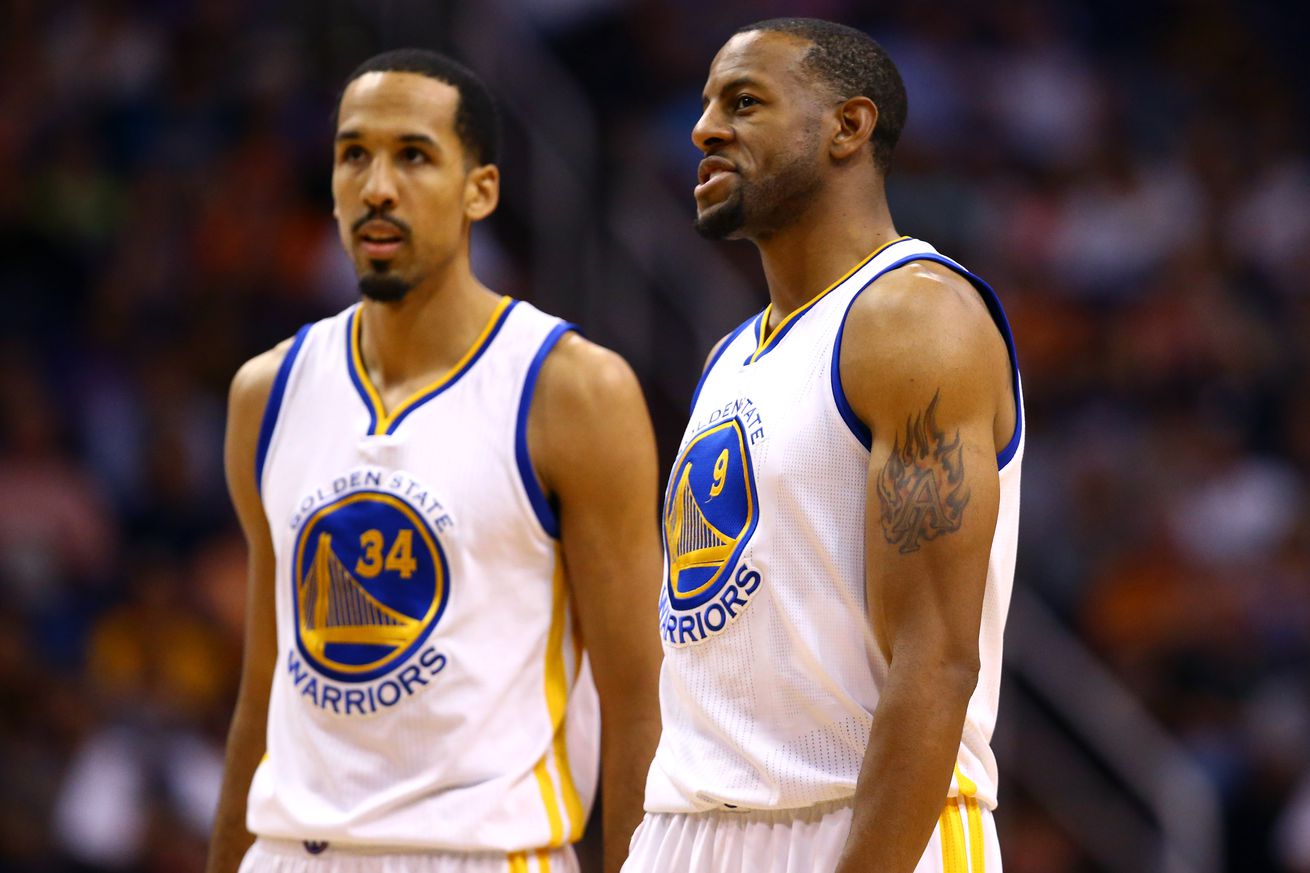 LeBRON JAMES, aka Teddy Pendergrass: “When Somebody Loves You Back”

King James opened up his sixth straight finals with 23 points, 12 rebounds and nine assists, but his team shot 38.1 percent from the floor overall in the Game 1 loss, a defeat which was even more problematic for the Cavs considering that Steph Curry and Klay Thompson were not at their best.

Cleveland coughed up the rock plenty, with 17 turnovers that led to 25 Warrior points.

The Cavs made a nice run with less than four minutes to go in the third quarter with a 7-0 spurt. Another 7-0 run a few minutes later gave them their first lead since the first basket of the game. But it was the Warriors bench unit, which started the fourth quarter, that made the biggest difference.

Iguodala, Barbosa and Livingston combined for the first eight points of the final period, extending Golden States lead to 82-68 less than two minutes in. And that was basically all she wrote.

LeBron had to look on longingly, telling himself that no matter how brilliant he plays, that he needs help to get Cleveland that elusive title, that, “It’s so good…when somebody loves you back. And that’s a fact…Not 70-30, not 60-40. Talkin’ about a 50-50 love!!!”

Love had a decent stat line of 17 points and 13 rebounds, but his play on the defensive end left a lot to be desired. Of the 13 shots taken by Golden State where Love was the Cavs’ nearest defender, the Warriors had an effective field goal percentage  of 61.5%. His screen-and roll defense was uglier than Biz Markie and Cadillac Anderson’s love child.

Cleveland can talk all they want about their offense self-correcting, playing at a faster pace and improving their ball-movement and shot selection.

But if Kevin Love keeps answering LeBron’s questions about his defensive deficiencies with, “I keep forgetting.”?

To quote the great urban philosopher Dolla Bill from The Players Club, the Cavs don’t have nothing coming but… “Trouble, Trouble!”

Despite leading the Cavs with 26 points, Kyrie played a sub-par Game 1, often over-dribbling and taking the Cavs out of their offensive flow.  He settled too often for mid-range jumpers instead of doing what he does best, using his fantastic boogie off the bounce to dive into the lane, creating opportunities for himself at the rim, or dishing off  and setting up easy buckets for his teammates if the Warriors collapsed.

He slowed down an offense that wants to play fast and by focusing on an isolation, one-on-one brand of ball, he fed right into Golden State’s trap. When the offense is flowing and the ball is moving is when the Cavs are at their absolute offensive best.

But with their crawling pace in Game 1 they hit just seven three-pointers, which was tied for their fewest number of makes this postseason.

Cleveland needs Kyrie at his dazzling, fluid best to have a chance in this series. Because with the Warriors ability to easily switch off of picks and the length of their perimeter defenders, his ability to orchestrate in transition will help them generate more offense and open up things both in and out of the paint.

It’s time for him to remind the world that he’s every bit the combination of Rod Strickland and Isiah Thomas that he showed himself to be since coming back from last year’s broken kneecap. He needs to be as crafty, deceptive and tricky as possible to get his team’s offensive engine humming at full capacity, emphatically announcing to all that are listening, “I Ain’t No Joke!”

J.R. SMITH, CHANNING FRYE, RICHARD JEFFERSON and IMAN SHUMPERT, aka BRANDY, QUEEN LATIFAH, YO YO and MC LYTE: “I Wanna Be Down!”

In 36 minutes of action, J.R. Smith scored three points. His performance added validity to the long held belief that thoughts of him as a major contributor on an NBA Championship squad is nothing more than a pipe dream.

Richard Jefferson looked more like George Jefferson, minus the afro, scoring three points off the bench. Iman Shumpert, who also scored three points, looked more like Preston Shumpert in the Turkish League instead of a guy hungry for an NBA ring, and Channing Frye looked like he’s in the running with Channing Tatum for a worst supporting actor role with his two points.

That’s simply not gonna get it done. All of them need to undergo severe reversals of fortune for the remainder of the series, before they watch Golden State lift the Larry O’Brien Championship Trophy while saying, “I wanna be down, with what you’re going through.”