There are a plethora think pieces popping off right now that are ripping Netflix Iron Fist to shreds, for everything from the casting choice to cinematography and everything in between. And I must admit that I was totally wrong about a great deal of things regarding Orientalism following the casting of Finn Jones, which I defended as being racially accurate according to the comic book material.

After watching the series in its entirety, I’m not clear on whether my change of heart is due to Finn’s awful portrayal of Danny Rand or if I genuinely feel that the lead role should have been cast as an actor of Asian descent. Indeed, there are plenty of horrible things to pull from; those horrible fight scenes or the childish dialogue, for example.

But this piece isn’t about any of this film’s many blemishes. It’s finding those jewels cast amid swine, those gems that were actually enjoyable despite the calamity that was occurring all around them. Man cannot be both savior and oppressor, light and shadow. One has to be sacrificed for the other. Choose, and choose wisely. Or others shall choose for you.

Madame Gao has been one of my favorites in the Marvel Cinematic and Television Universe since she first appeared in season one of Daredevil. Played by actress Wai Ching Ho, Madame Gao’s head games and double talk are a sinister joy to behold. She is depicted as cunning, always four steps ahead of her opponents, Gao’s confident demeanor diminishes weak-willed opponents. Her broad reach, mysterious origins, immortality and seemingly endless resources, as well as her quick wits and super condescending tone, made her scenes some of my favorites in the entire series.

The Emergence of Claire Temple 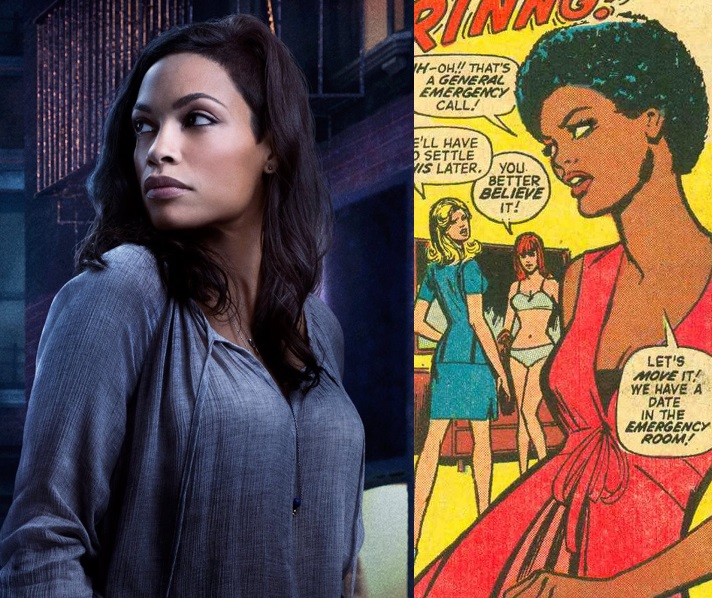 Rosario Dawson has appeared in each of the Marvel Netflix offerings and in Iron Fist, she is finally able to get more screen time than in any of the other ventures. Ever since I heard that Dawson was going to be playing Claire Temple, who first appeared in Luke Cage: Hero for Hire #2 (August 1972), I was really interested in how they would make her manifest. The last time we saw her was in the final episode of Luke Cage as she contemplates calling Colleen Wing for some lessons.

In Iron Fist, the character of Claire Temple is getting closer and closer to becoming White Tiger, with multiple training and fight scenes. Also, she seems to be the only person willing to maintain some level of sanity in this series, one in which everyone is an extreme version of themselves; extremely good, extremely bad or extremely boring. But Claire Temple was often the most entertaining character when she was on the screen.

She is also the best friend of Misty Knight in the comic book. In the film version she is portrayed by Jessica Henwick, a British actress of English, East Indian and African descent. There were times during the series where she was the sole reason I didn’t abandon it altogether. My only problem was imagining her with with Finn Jones. That’s the only thing that derailed this character for me.

It wasn’t until like the fourth time he appeared onscreen during the Iron Fist Netflix series that it finally dawned on my who Davos was. Played by Sacha Dhawan, Davos is the son of Lei-Kung the Thunderer, a very skilled martial artist and trainer of the Iron Fist legacy.

Despite all of his built in advantage, Davos loses the Iron Fist to Danny. In the comic book Davos goes by the name Steel Serpent and plots to steal the Iron Fist from Danny.

In the Netflix series, Davos is an ally to Danny Rand most of the series and appears to be the more fearsome fighter of the two. I found myself relating to his disappointment in Danny for his dereliction of duty as well as his jealousy for the manner in which Danny is squandering his gifts. However, his eventual betrayal of Danny is something I could never do.

The 24th Anniversary Of Michael Jordan’s Flu Game | Was MJ...