We know through painful experience that freedom is never voluntarily given by the oppressor; it must be demanded by the oppressed. Martin Luther King Jr., Letter from a Birmingham Jail

Last week The Shadow League Editor-in-Chief sent me an email. Attached was a story with a headline that read “Civil rights leader to Alabama, Washington players: Black Lives Matter is too angry”. The subject line read, ‘This looks like it’s right up your alley.”  I grimaced a bit after reading the story, thought about it for days, then I went to work.

Written by CBS Sports reporter Jon Solomon, the story was about a group of Washington and Alabama players and coaches who attended a civil rights discussion at Ebenezer Baptist Church in Atlanta, Georgia prior to playing in the Peach Bowl for a chance to play in the college football national championship game.

Ebenezer Baptist Church is like a megalithic site for activism and civil rights in America, and on hand to speak to the gathered assembly were some veritable civil rights dinosaurs, as well. Former Atlanta Mayor, politician and UN ambassador Andrew Young, minister, author and MLK confidant C.T. Vivian and author/activist Xernona Clayton were all there to speak about the legacy of Dr. Martin Luther King, Jr and how it relates to the lives of the players today. 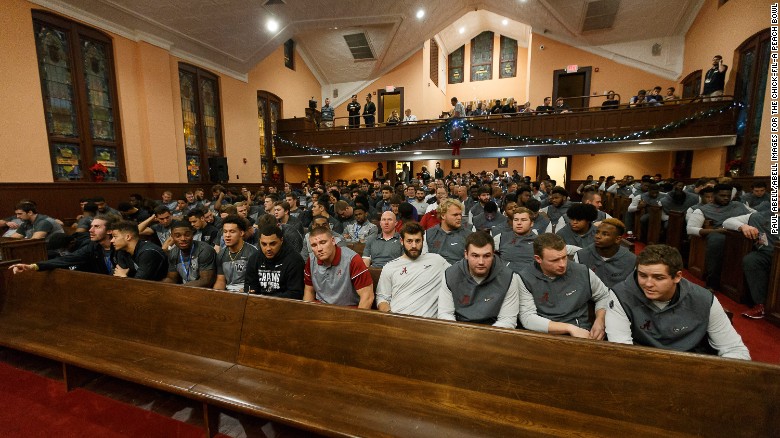 2016 has been an outbreak year for sports activism. Seemingly galvanized by the death of the great Muhammad Ali, Colin Kaepernick’s NFL protest has been the most noticeable and “allegedly” controversial of these social justice stances, but others have joined him in his protests.

Additionally, the facts surrounding police encounters that result in the deaths of unarmed motorists of color are more prevalent now than they ever have been, with the availability of cameras and the ability to broadcast images and video onto the web in an instant.

Thus, the struggle for black lives is at least as important today as it was then. We saw Philandro Castile groaning in pain as the blood drained from his body, we saw Alton Sterling pinned down and shot in the chest at point blank range by law enforcement, we saw Eric Garner choked to death for the alleged crime of selling loose cigarettes, and much more.

No news producers or media gatekeepers were needed. Only a cellphone with a camera. We didn’t need to wait for a preacher to excite us with a fiery sermon or a liberal thinktank mumbling about why these things are counter to the American ideal of life, liberty and the pursuit of happiness. We saw it all, uncut and up close.

What were people supposed to do? Human behavior being as it is, anger was the first emotion that came into the hearts of many who identified with those who were legally murdered. I’ve heard the esteemed Dr. Young speak down on BLM before. He has called BLM protesters “unlovable little brats” in July 2016, and is on the record as being against BLM methods and its overall philosophy. 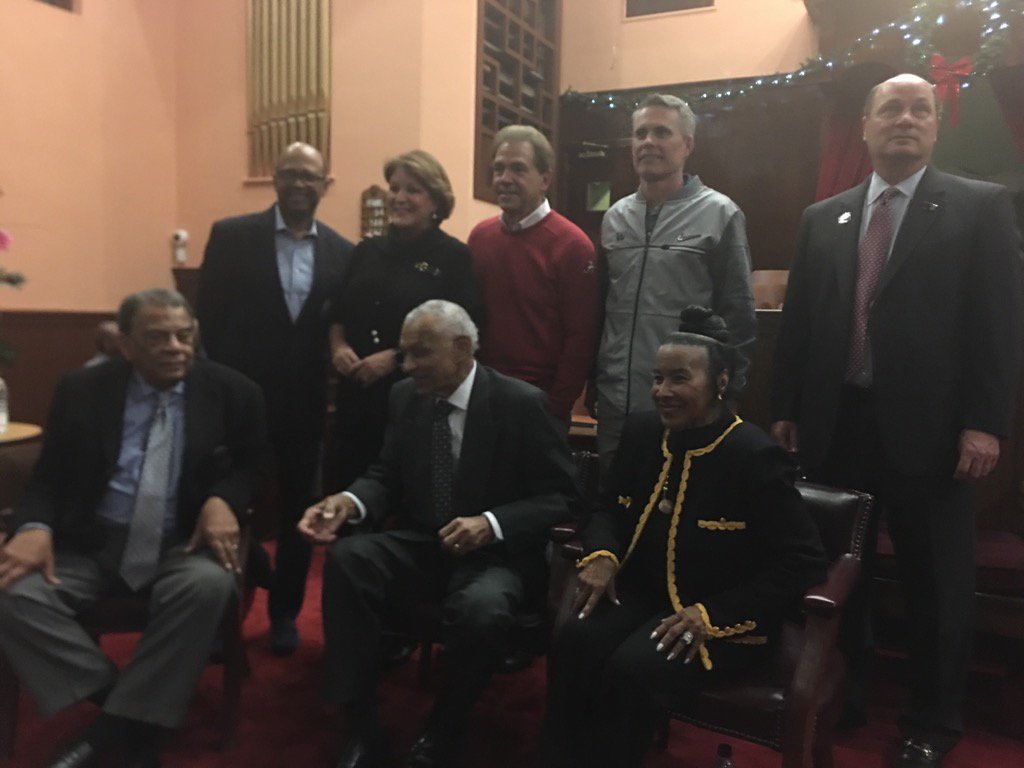 Here’s what he had to say; “like people who were angry, and when you lose your temper in a fight, you lose the fight,” said Young, who was once executive director of the Southern Christian Leadership Conference in the 1960’s.

“You see people get emotional in games and do something stupid, and it costs you 15 yards and maybe the game. That’s true in life. These young people got angry and not thoughtful,” said Young of BLM and likeminded groups “and that’s dangerous. It’s not being militant, it’s being stupid. Dr. King used to say in order to be free, you’ve got to overcome the love of wealth and the fear of death. If people can’t buy you out or scare you out, then you can be free. But losing your temper, for me, is probably the worst sin.”

Indeed, there is something to be said for having a level head. However, the Black Lives Matter movement is largely being fueled by the children and grandchildren of those who served in, witnessed or otherwise supported the Civil Rights Movement. They are taking their cues of nonviolent protest from the earlier movement of the ’60s and ’70s.

Many, many times, the protests of MLK were counter to the letter of the law. Has Mr. Young forgotten that? He called the BLM tactic of disrupting civil operations a felony in lambasting its effectiveness. But he seems to have forgotten the march on the Edmund Pettus Bridge was illegal, and Rosa Park’s decision to sit in a “white” seat on a segregated bus was also illegal. The moral impudence of the legal system to discourage and punish acts of prejudice and racism, particularly when said acts are committed by those given charter by the establishment, is as apparent today as it ever was.

The officer who shot down Walter Scott in North Carolina got off, and the officer who shot Philandro Castile in Minnesota is likely to get off as well. So, as the esteemed Mr. Young likely knows, legality does not equate to morality. Do I need to mention that both slavery and segregation were legal?

Though those who speak for BLM are fiery and seemingly uncompromising at times, it is for good reason. Black and Brown people are being shot dead without recourse and yet the establishment and its proxies continually blame the victims and attempt to marginalize those who speak for them.

Young also speaks of anger as a “stupid” thing. While I admit anger for anger’s sake is a path to greater suffering, except for hate, any emotion that galvanizes a marginalized collective to act is apropos. In the pragmatic sense, is anger not as good a motivator as any other emotional catalyst? If anger is the starter for some when it comes to activism, then love can certainly be the engine. Love of self, love of community and love of country are what keep many active in this relatively new undertaking for social and racial justice.

Though we are taught of Martin Luther King, Jr.’s nonviolent philosophy and actions, it’s simply revisionist history to assume that King was never motivated by anger. Was Dr. King not angry when he wrote his famed “Letters from a Birmingham Jail” in 1963? So, I would ask, was Dr. King stupid for being angry or was it simply a natural reaction to his circumstances?

92-year-old C.T. VIvian, who participated in the Freedom Rides and numerous sit-ins, seemingly pinned BLM’s lack of spirituality as its undoing. Said Vivian;

We can yell and fight for our rights in the streets and pray at home.

With all due respect and reverence to Mr. Vivian, I’d like to know exactly what type of freedom he is referring to. Is it the freedom to be a mindless consumer, spending ourselves into debt to soothe the third degree burns of institutional oppression?  Or the freedom to be targeted and extorted by the municipal peace officers in communities like Ferguson, MO? That’s the only apparent freedom for black folks that I am aware of.

Perhaps he’s talking about the freedom to go to whatever school we wish, or freedom to live in any area we wish? Because, as far as I can tell, those latter two freedoms don’t really pertain to most impoverished people of color, and the majority of black folks regardless of their station in life. Never has and still does not.

I am aware that some things can be left out when we lift a paragraph or sentence out of an entire speech. However, the spirituality of which Mr. VIvian seems to be speaking of is ethereal and otherworldly. Spirituality wasn’t the sole controller of any movement, action was. Human action within the physical realm.

Now, with the emergence of BLM and likeminded organizations, we have the ideal inheritors of Dr. King’s legacy. Yet, here we have  individuals who served in the Civil Rights struggles, used it to elevate and entrench themselves in the greater society at large, and now they’ve pissed down the ladder in admonishing those who got up to try to do something about real, current and voracious systematic oppression.

In Dr. Young’s speech about on the field behavior, he left out how guidance by elders (coaches) is also necessary for any team effort. Individuals like Young and VIvian are perfect candidates for the role of shaping young activists, as well as giving them a champion at the table of societal discourse, yet neither seems willing to do so because of semantics and the inability to see the good in those willing to grasp the baton that was left rusted and dented due to decades of malaise. Sad.