CLEVELAND, Ohio – I wasn’t born a Cleveland sports fan.  It is something I became. Over time.

I was a college hoops fan, raised by Chicago Bulls fans. But a move to Northeast Ohio when I was young and an opportunity to  meet many members of the ’90-’91 Cavs team converted me.

I thought the 2016 NBA Finals would be extremely competitive going in. When we were losing 3 games to 1 to this great Golden State Warriors team, I was trying to reconcile everything that I’d previously said to myself about this being our year.

The odds weren’t in our favor four games into the series, but I didn’t feel completely defeated.

But I did have that thing that every Cleveland fan suffers from, that, “Oh gosh. Here we go again.”

The hated phrase around here is, “Wait til next year.” We’ve said that way too many times.

It’s familiar and it hurts. Especially when it comes to the Browns, the Indians and the Cavs. We’re tired of hearing, “Wait til next year. Wait til the draft.” It’s always just, “Wait.”

I watched the whole first quarter of Game 7, but then had to go upstairs and take a break because I was so nervous and uptight, I was literally becoming sick. I believed we could win, but I’m not as young as I used to be, I couldn’t take the stress of watching it. All of my friends were talking about how the pain of them not winning would be too great.

When Kyrie hit the three, because it’s Cleveland sports, we didn’t think we’d won. It was, “Let’s not mess this up.” When Lebron misses the first free throw and hits the second one, and we’ve got some seconds left in the game, the Warriors are inbounding the ball on the perimeter around that three-point line, I’m sitting there thinking, “OK, don’t let this be ‘THE FOUL'”.

Don’t let this be the next chapter in Cleveland’s defeated sports psyche. It’s like, “We better not foul somebody on a three-point shot that they make.” For so long, we’ve found so many ways to not win. My husband started to head to the front door to go outside and scream his head off, and I said, “What are you thinking, there are still ten more seconds!?”

Everyone just held their breath. And once that buzzer sounded, it was like that commercial where everything just pauses. I was like, “Wait. Did that just happen for us?”

It’s unbelievable. I’m still in shock. Even having gone to the parade and being out there all day in the heat with no food and water, I still feel like, “Did we really win? Did that really happen?”

But talking about it now, I’m so excited all over again.

So on Tuesday night, I set my alarm as if I was going to work. Actually, a little earlier. My sister and I agreed that we needed to be downtown by 7:00 AM in order to get the seating that we wanted.  After a relatively easy commute, spending five times more than I usually do on parking, and some strategic maneuvering, we were able to sit in our desired section.

Little did we know that it would be more than five hours before the rally started!  The traffic stretched all the way from downtown Cleveland to the Summit County line, where Akron is, some 30 miles away.

As I left the Cleveland Cavaliers Championship Parade yesterday hot, tired, thirsty, and hungry after sitting in the sun for eight hours, I had to ask myself, “Why?”

Why did I take a vacation day to hang out with over one million other people?  I don’t like large crowds and I don’t like don’t really care too much for parades.

I really felt like I HAD to be there. I wanted to mark this moment and say, “This is the day where everything is now different.” 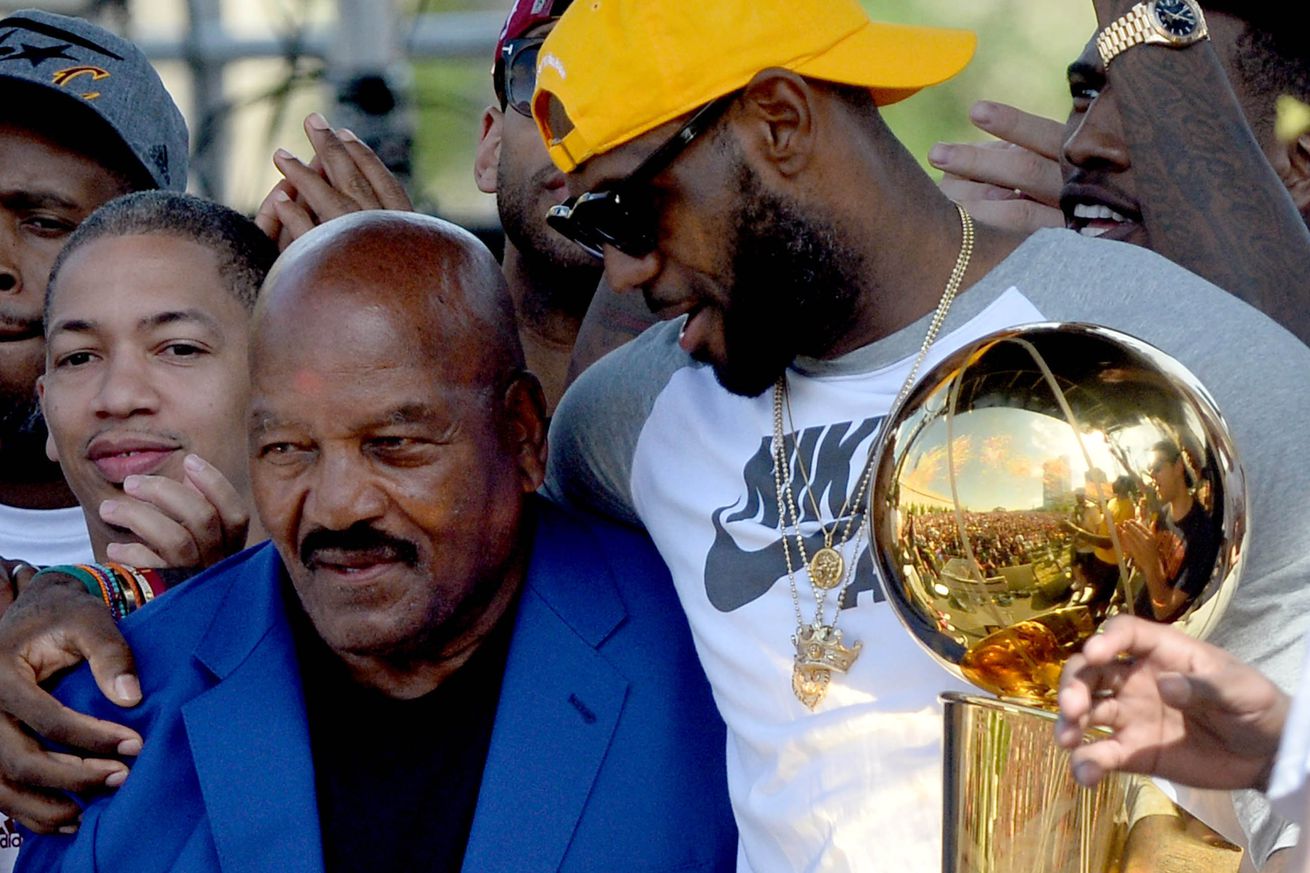 I’m a pretty optimistic person. But our city, admittedly, is a hard-working, blue collar town and we hold onto that as our persona. But losing also got into our persona in some way, along with a lack of expectations, even though we’re the most dedicated fans you’ll ever find.

We always honor the effort, we’re always in there rooting for our teams no matter what. And that’s what I love about my city.

And being at that parade with all of those people, it felt like it was everybody’s moment.

It is because the Cavs’ championship is about so much more than basketball or professional sports. It is about an entire community releasing its past hurts and embracing hope.

And, yes, I know that sounds trite and corny, but it’s true.

I wanted to be a part of that collective celebration.  I wanted to say that I was there, that I helped to celebrate the team that helped convince this community that even the underdog has his day.

As Kyrie asked at the rally, “What’s next?”