I walked the familiar streets of my old neighborhood this morning en route to the Barclays Center in Brooklyn for today’s ACC Tournament games, still somewhat taken aback that my former neighbor with the mad flavor, Christopher Wallace aka The Notorious B.I.G. aka Biggie Smalls aka Big, was killed on this day 20 years ago.

Barclays is about a 15-minute walk from the old Guess Barbershop on Fulton Street where we used to both go to get our haircuts back in the day.

So bopping over to the arena this morning, I made sure to bump those Biggie classics on my phone which transported me back to those fun days in the ’90s before a silly beef between two coasts turned deadly.

After getting my press credentials squared away, before seeing what was good with the media lunch buffet, I walked out onto the court. Props to Barclays, because as the stands were beginning to fill with fans as they filed in, the building’s booming sound system was bumping nothing but Biggie joints.

Here are some of my thoughts and observations, with a Notorious B.I.G. theme, from the sights, sounds and happenings at the ACC Tournament Quarterfinals.

YOUNG G’s – “Damn it feel good to people up on it, Flipped two keys in two weeks and didn’t flaunt it…”

The Hurricane’s freshman guard from Boston, Bruce Brown, came to give out  that work, and got busy with 21 points on 9-of-13 shooting and led the team with seven rebounds. But he was the only Miami player to score in double figures or shoot better than 33% for that matter. Brown is a Young G, fo’real, but no matter how good he is, he couldn’t do anything about North Carolina destroying his squad in the paint.

WARNING – “There’s gonna be a lot of slow singin’ and flower bringin’, if my burglar alarm starts ringin’!

The Tar Heels big men heard the alarm ringing all game long, and absolutely destroyed the over-matched Hurricanes in the paint. Isaiah Hicks had 19 points and six boards, Kennedy Meeks had 10 points and seven rebounds and the North Carolina defense held Miami to 35.8% shooting. Their formidable post players also showed how well they can pass the ball as UNC had 21 assists on their 28 made field goals — many of them dunks and easy layups.

Louisville led by 12 points with 13 minutes left in the second half, and then Duke got hungry. Jayson Tatum scored a game-high 25 points, and Duke made 5-of-11 from deep in the second half to overcome the Cards 61-49 lead. The ‘Ville got 21 points from sophomore wing Deng Adel and 15 points from Quentin Snider, but just when it looked like they were ready to floss, Coach K went to a zone defense that seemed to disrupt their offensive rhythm.

WHO SHOT YA? – “I burn baby burn like Disco Inferno.”

Maaaaan, listen. Duke’s Luke Kennard is a bad, bad man. Tatum might have led the Blue Devils in scoring, and Grayson Allen came off the bench to give them a strong 18 points, but the man who had Louisville dripping sweat down their cheek and made their heartbeats sound like Sasquatch feet was Kennard, whose offensive game is downright funky and straight up beautiful.

He erupted for 18 of his 24 points in a second-half explosion, emptying the full clip on the Cardinals, who had no answers for his unique, deadly weaponry. The 6-foot-6 lefty also snagged 10 rebounds as well.

The Hokies’ Seth Allen missed nine of his 13 shots, as did FSU’s Jonathan Isaac. The Seminoles’ Dwayne Bacon missed 13 of his 17 attempts. After sleepwalking through the first half, Bacon got it cooking despite his horrific shooting percentage, scoring 15 of his team-high 17 points in the second half. Florida State advanced to the semifinals for the first time since their 2012 ACC tourney title. Zach LeDay led Virginia Tech with 22 points and nine boards.

Despite the loss, coach Buzz Williams has done an amazing job this year and has the Hokies poised for their first tournament birth in ten years.

FLAVA IN YA EAR REMIX – “Invisible bully, like The Gooch, disappear, you’re wack to me…”

As a cat who watched every episode of Diff’rent Strokes, when I heard Big reference ‘The Gooch” in the Flava in Ya Ear remix, all I could do was shake my head in the same way I do every time I get a chance to watch Notre Dame’s undersized big man Bonzie Colson. The 6-foot-5 power forward from New Bedford, Massachusetts, who is averaging 17.0 points and 10.4 rebounds, is a delight to peep in person. He dominates games in unorthodox ways and converts shots from innumerable angles all over the floor. 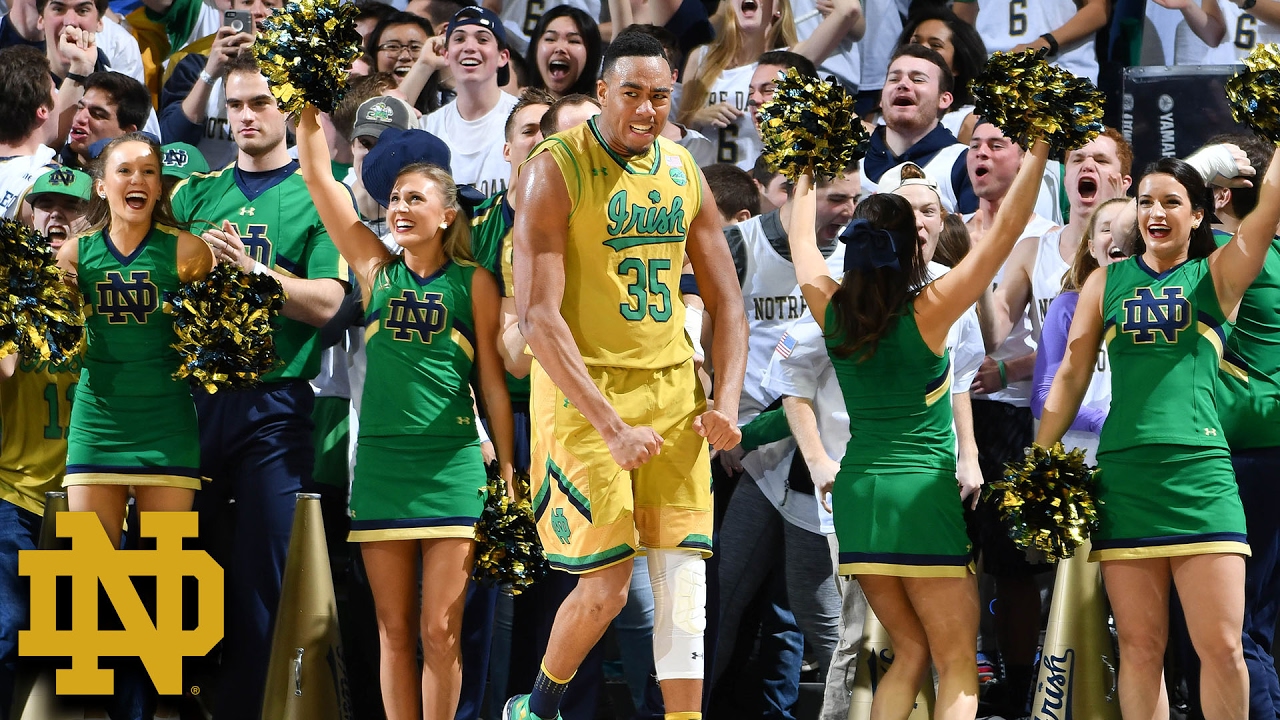 People can say all they want about his lack of ideal size and elite-level athleticism or his toothpick legs, but my man simply gets the job done, night in and night out. When your main weapon in the post as a scorer and rebounder is a guy who plays both the center and power forward position, and he’s shorter than all three of your starting guards, that’s a dude whose game a basketball junkie can’t help but fall in love with.

In Notre Dame’s dismantling of UVA, Colson ate the Cavaliers up to his standard tune of 21 points and 10 rebounds.