HONORABLE MENTION: FRED BARNETT Known for making difficult catches and aerial acrobatics, Barnett recorded one of the longest touchdowns in Eagles history when he took a Randall Cunningham pass 95 yards into the end zone in 1990.

Fred Barnetts video game facsimile was a beast in the early John Madden, Sega jawns (thats a Philly word, just in case youre not from Philly). He played eight years in the NFL and was a Pro Bowler in 1992.

HONORABLE MENTION: ALEX BROWN A two-time All-American at the University of Florida, Brown was selected to Sports Illustrateds All-Pro team in 2005 after recording 75 tackles, six sacks and breaking up eight passes, in addition to forcing three fumbles. His 43 sacks are fourth all time in Chicago Bears history.

HONORABLE MENTION: HUGH DOUGLAS Douglas was the NFLs Defensive Rookie of the Year in 1995 and a two-time All-Pro selection. He ranks fourth on the Philadelphia Eagles all-time sack list, behind the great Reggie White (124), Trent Cole (85.5), and Clyde Simmons (76.5), with 54.5 during his six seasons with the team.

HONORABLE MENTION: BRAYLON EDWARDS A unanimous All-American at the University of Michigan, Edwards was the first receiver in Big Ten Conference history to record three consecutive 1,000-yard seasons. Picked by the Browns with the third overall selection in the 2005 NFL Draft, he made his first Pro Bowl in 2007, becoming the first Cleveland receiver to do so in almost 20 years.

He set a franchise record with 1,289 receiving yards and 16 touchdown catches that year. Off the field, he pledged in 2007 to pay the college tuitions for 101 Cleveland high school students if they maintained a GPA of 2.5 or higher and actively engaged in community service.

HONORABLE MENTION: WILLIS MCGAHEE One of the greatest running backs in the history of college football, (Whatchu talkin bout) Willis owns the University of Miami single-season all-purpose yardage record with 2,108, which he set in 2002.

A Heisman Trophy finalist, his Hurricanes team is widely regarded as the best NCAA Division I squad of all time. A two-time NFL Pro Bowler despite a gruesome knee injury during his final college game, he played for the Bills, Ravens, Browns and Broncos over his 12-year career.

HONORABLE MENTION: BUBBA PARIS The father of Courtney and Ashley Paris, who are the greatest twins to ever play womens basketball, Bubba was an academic and football All-American at the University of Michigan. The massive offensive lineman won three Super Bowls in 1984, 1988 and 1989 with the San Francisco 49ers. 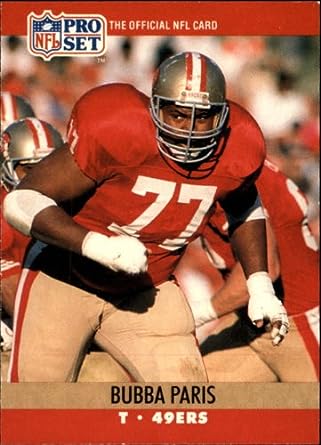 12. ERIK WILLIAMS – A product of Bartram High School in Philadelphia, Williams played his college ball at Central State in Wilberforce, Ohio. One of the best offensive tackles in the NFL during his prime, he was a three-time All-Pro who played in four Pro Bowls.

Many people feel that if he had not been seriously injured in a 1994 car accident, he would have gone down as one of the greatest offensive linemen to ever play in the NFL.

11. JOEY PORTER – Drafted by the Steelers in the third round of the 1999 draft out of Colorado State, Porter played in four Pro Bowls and was part of the franchise’s Super Bowl XL championship squad. Over his twelve-year career with Pittsburgh, Miami and Arizona, he compiled 667 tackles, 98 sacks, 26 forced fumbles, 12 interceptions and nine fumble recoveries.

10. BEN COATES Coates didnt begin playing football until his senior year in high school and wasnt on anybodys radar when the Patriots picked him in the fifth round of the 1991 NFL Draft out of North Carolinas Livingstone College.

He became Bill Parcells next coming of Mark Bavaro during his third season. 1994 was his breakout year when he caught 96 passes, which was the most that a tight end had ever caught in a single season, beginning a string of five consecutive Pro Bowl appearances. He won a Super Bowl with the Ravens in 2000 and is a member of the NFLs 1990s All-Decades Team.

9. RICHARD SHERMAN – In addition to being better at life than you, Sherman was a wide receiver and a cornerback at Stanford. If Tom Brady is one of the biggest steals ever in the NFL Draft, then so is Sherman, who was taken in the fifth round in 2011.

Considered by many to be the best secondary player in the league today, the only active player with more interceptions right now is Denver’s Aqib Talib. The loquacious, hilarious, driven native of Compton, California has been a three-time First Team All-Pro, owns a Super Bowl ring and was the NFL’s Defensive Player of the Year in 2014. You Mad Bro?

8. HINES WARD – The University of Georgia product played quarterback, running back and wide receiver in college. A third round selection in the 1998 NFL Draft, Ward went on to become the Pittsburgh Steelers’ all-time leader in receptions, receiving yardage and touchdown receptions in addition to being named the MVP of Super Bowl XL.

7. NATE NEWTON – A product of Florida A&M, Newton was one of the best offensive linemen in Dallas Cowboys history. A three-time Super Bowl champ, he played in six Pro Bowls. Nicknamed “The Kitchen” because he was a larger man than William “The Refrigerator” Perry, he was part of some of the best offensive lines to ever play the game along with fellow Sigma Erik Williams, Mark Tuinei, Mark Stepnoski and Kevin Gogan. The only Cowboys offensive lineman to play in more Pro Bowls was the amazing Larry Allen. Newton’s matchups with the late, great Reggie White were legendary.

6. CLAUDE HUMPHREY The third overall draft pick of the Atlanta Falcons out of Tennessee State in 1968, Humphrey was a five-time First Team All-Pro. Over his twelve years with the Falcons and the Eagles, he accumulated 126 sacks and helped Philadelphia advance to Super Bowl XV. Yall might know him as Big John The Counterfeiter from the Repo Men episode of The Dukes of Hazzard.

5. L.C. GREENWOOD A 6-foot-6 defensive end, Greenwood is one of the greatest defenders in the illustrious history of the Steelers franchise. A member of the ferocious Steel Curtain, he was a six-time Pro Bowler and four-time Super Bowl champion. In Super Bowl X, he sacked Cowboys QB Roger Staubach four times in Pittsburghs 21-17 victory. Greenwood is one of the most glaring omissions from the Pro Football Hall of Fame.

4. LOMAS BROWN One of the greatest and most durable offensive tackles to ever lace up a pair of cleats, Brown played in the NFL for 18 years. He is best known for his stint with the Detroit Lions, due to the holes that he opened for the miraculous Barry Sanders. A seven-time Pro Bowler, Brown won a Super Bowl in 2002 with the Tampa Bay Buccaneers.

3. JACKIE SLATER – A graduate of Jackson State University where he was a college teammate of Walter Payton, Slater played 20 years in the NFL for the Rams and appeared in seven Pro Bowls. Slater played in 259 games from 1976 to 1995, a then-record.  In 1985, he was the key blocker for Dickerson as he ran for a playoff record 248 yards and two touchdowns against the Dallas Cowboys.

Smith was a member of The Triplets, along with Troy Aikman and Michael Irvin, who led the Cowboys to three Super Bowl titles in the 1990s. In 1992, 1993 and 1995, he led the league in rushing and won the Super Bowl, a feat that had never been done before. An eight-time Pro Bowl selection, the Dallas Cowboys no longer issue his #22.

1. JERRY RICE The man is not simply the best wide receiver to ever play football, he could quite possibly be greatest player ever, at any position, to play in the National Football League.

No player ever caught more passes, more touchdown receptions or had as many receiving yards as Rice. A 13-time Pro Bowler who played in the league 20 years, he won three Super Bowl rings with the 49ers. He currently owns over 100 NFL records.