USC is usually the program that looks to the pro ranks to fill its (future?) head coaching vacancies. Texas’ primary target to this point in their inquiries has been Alabama’s Nick Saban who was a professional coach for a brief period.

In the event, Saban passes on Austin, the Longhorns new athletic director is looking to the pro ranks for his backup. It would be an unconventional route for the head coaches he’s targeted, yet it's a similar path Steve Patterson took from Portland Trailblazers team president to Houston Texans Senior VP to becoming athletic director of the most powerful athletic department in the nation last month. According to Chip Brown of Orangebloods.com, Steelers coach Mike Tomlin and 49ers coach Jim Harbaugh are potential candidates for the Longhorns job.

It does raise an interesting philosophical point. Just because the NFL is the peak for players doesn't mean it's the highest point for the coaching profession. Why can't winning national titles be as satisfying as Super Bowls? Recruiting is essentially the same as being given NFL player personnel control and at a school with resources like Texas, the cash is flowing like Wall Street in the '80s and the passion in the Lone Star State is stronger than it is anywhere else in the nation.

In case you were wondering what was up with the Beyonce reference. Here ya go. She's not pregnant again. However, the Houston native is apparently a Texas Longhorns fan. I don't believe she's a booster in the technical sense, but here's her pitch to the Longhorns next coach. 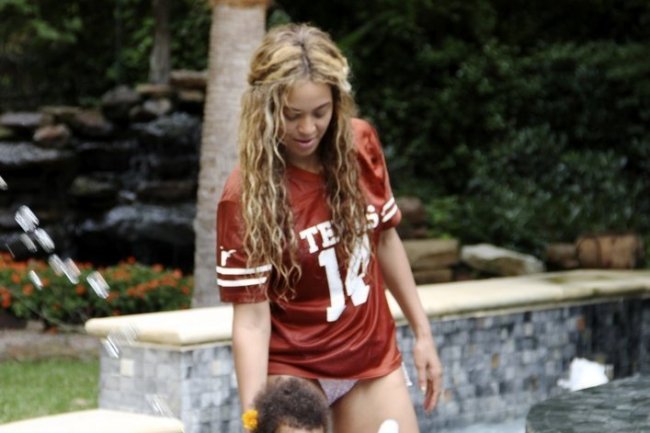