The National Basketball Association is all about spectacle and pomp. In 2002, there was no bigger example of that than when Yao Ming was drafted by the Houston Rockets with the first pick overall.

But the Chinese had peeped game long before that as they watched the then-manchild dominate opponents for the Shanghai Sharks of the Chinese Basketball Association. His upbringing seems like something out of Rocky IV.

Born to a 6-foot-7 father and 6-foot-3 mother, both of whom played hoops professionally, Yao Ming was destined to be a basketball player before he was even conceived.  Big parents generally produce big kids and there were no kids bigger than Yao.  In a country where the government takes stats on just about everything, he reportedly weighed twice that of the average Chinese baby.

According to his autobiography, Yao: Life in Two Worlds, he began playing professional basketball when he was 13 years old for the junior team of the Shanghai Sharks. He eventually moved to the senior team and averaged 10 points and eight rebounds per game his rookie season.

The “Great Wall of China” would become the most dominant player in the world’s most populous country by the time he was 20 years old. The Sharks would win a CBA championship in his third and final season. Yao reportedly averaged 41.3 points and 21 rebounds per game during the finals that year.  Read those numbers again, please. 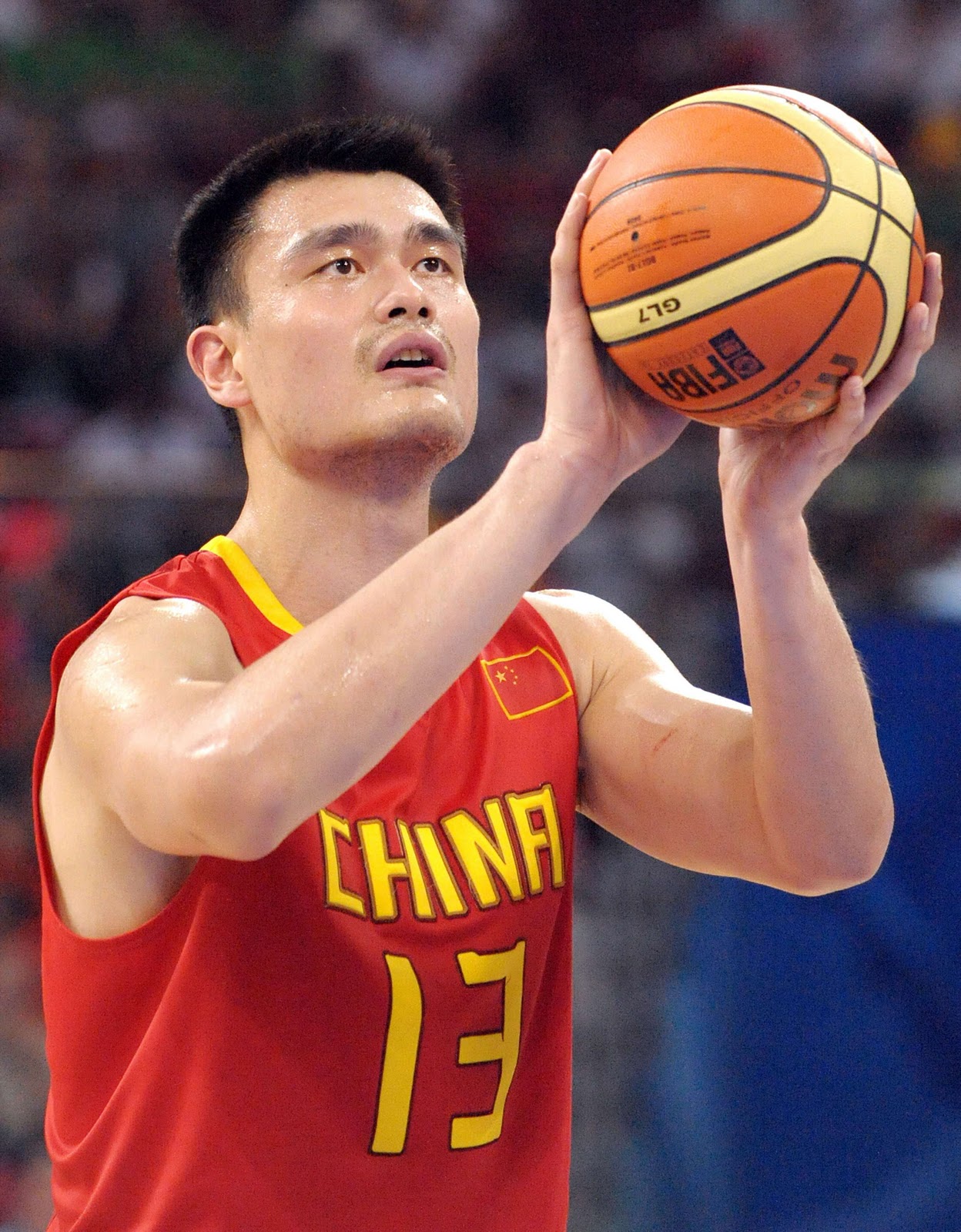 But there were still a number of NBA players, both former and contemporary, that doubted the hype.  Most notable among them were Charles Barkley and college basketball commentator Dick Vitale.

Initially, Yao was supposed to come to the United States to play basketball in 1999. However, due in large part to shenanigans that entitled Evergreen Sports to 33 percent of his earnings, that contract was deemed invalid. History shows that he was eventually drafted several seasons later, but there was great concern that the CBA would not sign off on allowing him to come to the U.S.

However, the Houston Rockets rolled the dice and drafted him anyway.  Yao would become the third Chinese-born player to make an NBA roster behind former rival Wang Zhi Zhi, who went to the Dallas Mavericks, and Mengke Bateer, who went to the Denver Nuggets.

Yao arrived in the NBA when teams still predicated the offense around a dominant low post player, but there were also teams who allowed their big men to get out and run rather than pounding it inside. Shaquille O’Neal was prominent among them and the NBA marketing team made sure to highlight the match up between the two whenever their teams faced off.  At first, Yao was teamed with athletic point guard Steve Francis to become one of the most formidable inside-outside tandems in the game.

Later, he was teamed with Tracey McGrady in an attempt to get the Houston Rockets out of a playoff drought that been in effect for nearly a decade. His time with Stevie Franchise was limited to two fruitless seasons highlighted by a first round loss to the Los Angeles Lakers in the 2004 playoffs.  A seven-player deal that shipped Steve Francis and Cuttino Mobley out of town brought in T-Mac in all of his high-flying splendor.  The Houston Rockets were finally title contenders again.  Well, at least that’s how things were supposed to be.

However, losing to a Dallas Mavericks team they were favored to soundly defeat showed just how difficult that would be. It wasn’t Yao’s fault at all. His 21 points and seven rebounds for the series are testament to that. He was the picture of health for his first three years in the league. However, Osteomyelitltis, a bone infection, in his left foot was the beginning of a bad trend.

He missed great deal of the 2006 and 2007 seasons fighting knee and foot ailments. He played the vast majority of games during the 2008-09 season and averaged 19.7 points and 9.9 rebounds per game. Things were beginning to look up as far as remaining healthy was concerned.

At 7-foot-6 and weighing 310 pounds, it seemed like all that muscle was just too much for such a tall frame. Though his journey appears to have been somber, Yao Ming’s story is actually dualistic in nature.

On the one hand, we wish that we could have seen him play a relatively injury-free career. He did show us flashes of what he could really do, like when he averaged 25 points and nine rebounds in 48 games in 2006-07. But that wasn’t nearly enough. We wanted him to be great.  He averaged 19 points, nine rebounds and nearly two blocks per game over his eight NBA seasons, the last of which he only played five games.

On April 5, 2016, Yao Ming was voted in the Naismith Memorial Basketball Hall of Fame.  Though there are many who fret and frown at the paucity of eye-popping numbers on his resume, and his seemingly brittle bones, one cannot discount the enormous impact he had in Asia and his contributions toward making the game more global than it had ever been prior to his arrival.