Today, April 21st, is the one-year anniversary of Prince’s death and we’ll be sharing some of our reflections on the one-of-a-kind musical genius and dynamo.

The memories of young love are as unforgettable as that first slow dance tune you grooved to at the community center jam. When I was a high school sophomore, inexperienced in the ways of romance yet eager to continue my exploration of the birds and the bees, I met a fly honey-dip who we’ll call Mona Lisa, while reading the sports section on my daily city bus run to school.

She had hazel eyes and an incredible smile. She also had sexual posture that was beyond her years and honestly speaking, she was a bit out of my spitball-pitching, local park-hitting league at the time. To say I was still somewhat of a novice at the art of lovemaking is an understatement. I wasnt quite a virgin, but I had no real knowledge of technical execution.

If I embarked on any kind of teenage love with this honey dip, then Id have to get my Prince game up, as I found out quickly that she was an avid fan. My first passionate encounter with her taught me one of the greatest love lessons of my life. If you want to close a deal, make sure you know what the closing rates are. Im not talking home sales, but I am talking education. The education of love and how Prince songs were the center of Mona Lisa’s universe and the key strings of a young girls heart.

Back in the ’90s, setting the mood was an important element of the male-female dating relationship. Your musical choice could make or break a potentially magical moment and I learned that the hard way.

The first time Mona Lisa came to my crib, I put on a traditional Queens Grand Master Vic blend tape with all of the slow jam classics, from Shalamars This Is For The Lover In You to the Commodore’s Easyto Marvin Gayes Sexual Healing.

Eventually, she just straight up asked me If I had any Prince cassettes.

Prince is the stairway to love, she told me. Every boy knows that.

Mona Lisa told me that if I truly wanted to win her heart, Prince better be in steady rotation. Intent on pleasing her and proving my worthiness, I took my first venture into Prince music. She actually told me to listen to the song Darling Nikki,  as it was her favorite.

That entire week I broke my Michael Jackson allegiance and infiltrated my cousin Michelle’s Prince collection. I cant lie, I snatched her extra “Purple Rain” cassette (She had three in case of emergency).  I even went to Jamaica Ave and copped Prince’s new Graffiti Bridge movie in case the cassettes didn’t hold enough weight. 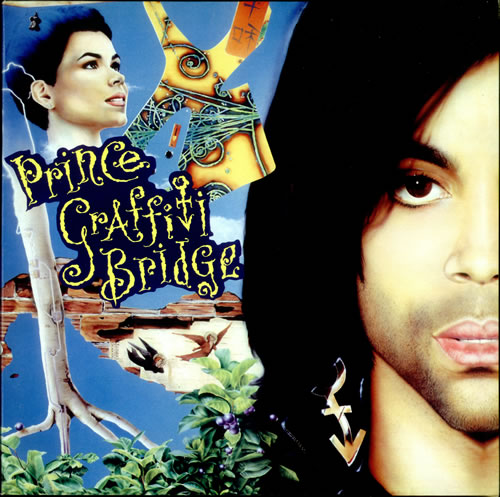 The next time Mona Lisa came to visit, I surprised her with a gift-wrapped VHS copy of Graffiti Bridge.

She planted a phat one right on my lips and then jumped into my arms.

I then pressed play on the stereo, which already had the “Purple Rain” cassette in it.

Our young love really never grew past that point. We drifted away after a few weeks as she pursued other dudes more versed in the ways of Prince. However, I never again spent one-on-one time with a shorty I was into without having my Prince tape on deck. I still rock Prince joints to this day when setting the mood with the wife.

That first experience made me a fan for life and inspired my appreciation for how Prince’s music enthralls, mesmerizes and opens the gates of love for generations of people, forging an emotional connection between whichever two kindred spirits are immersed in the magnificence of his music at the time.