The Milwaukee native Polly A has been on the musical scene for many years, performing at live venues around New York City like Joes Pub, writing Crooked Smile for J. Cole and having her songs recorded by Alicia Keys and Selena Gomez.

She initially signed a deal with a major label, but that, as things tend to do in the music industry, fell apart. Now, shes come back stronger with a major deal with Adam Levines 222 record label under the Interscope parent company. Her two singles, Brooklyn Sun and the title track off of her EP Ghetto Gold Dream, due out on August 26th, illustrate how she moves seamlessly between R&B, reggae, alternative and hip-hop.

Polly A came to New York by way of an education at Columbia University with a degree in economics as a way to pursue her real passionmusicby any means necessary. She recently sat down with The Shadow league to talk about the journey thus far and what lies ahead.

The Shadow League: I love the video and the images for Ghetto Gold Dream. What was the thought process behind the video and who was on the team to create it?

Polly A: The concept was spawned from a brainstorming session I had with my collaborator and really good friend David Sebastian, who is an artist as well. I wanted to bring to life a lucid dream. 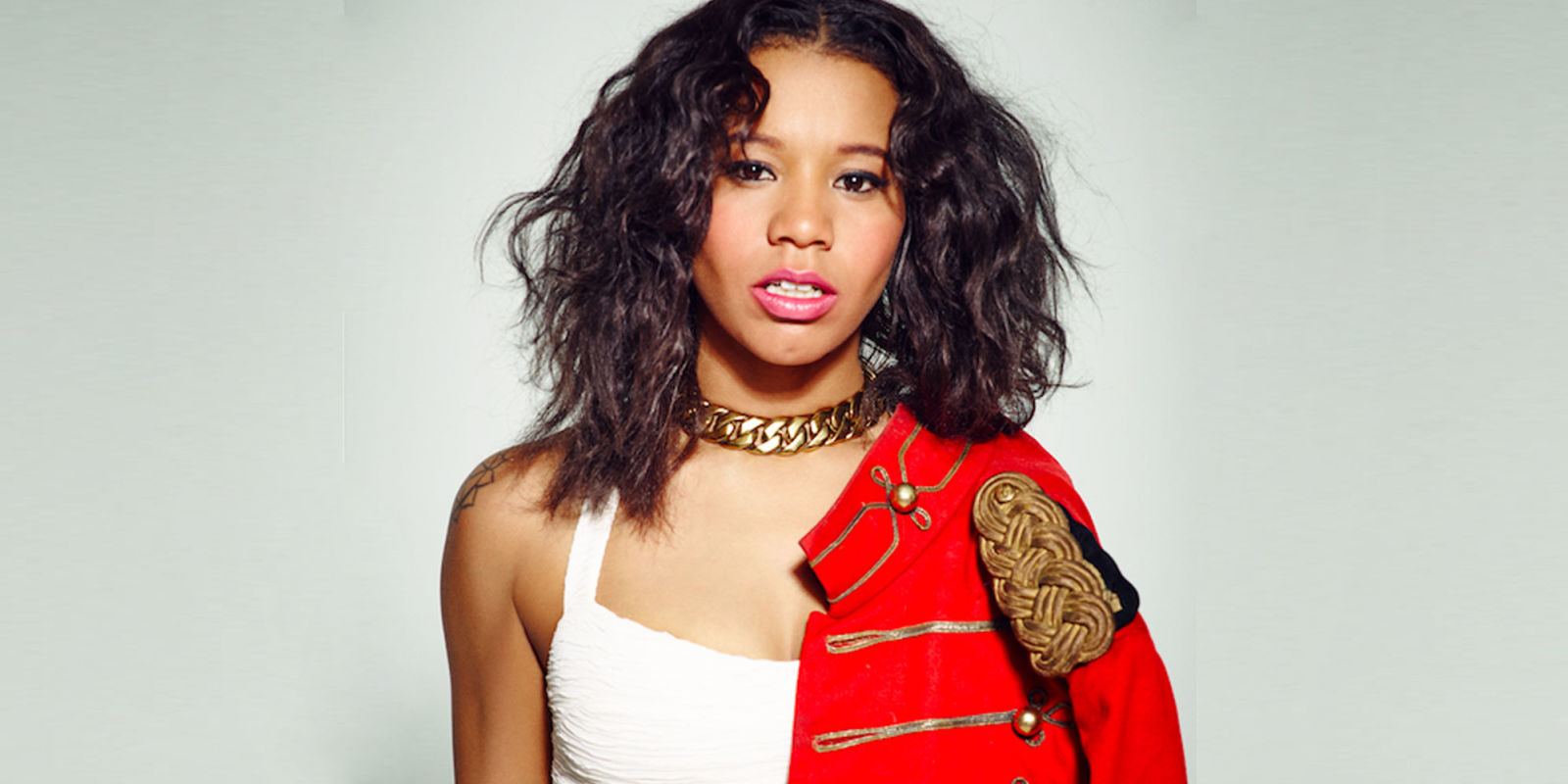 David used to be homeless, so he was like, ‘what if we dressed a homeless person like royalty in furs and gold and that represents the ghetto gold dream?’ Then it kind of evolved into, ‘what if its my dream?’ And then thats where we came up with the concept of having a younger person and having her represent my inner child, being on this journey in the dream, being led by her into these different worlds, all the while encompassing what a ghetto gold dream really is.

Which is essential to me overcoming and not necessarily being tied to where you came from, or no matter where you came from that anything is possible and everybody has the capacity to be royalty and Godly and persevering and being triumphant in your search for that.

David is a painter, art director, hes a rapper. Hes amazing. It was shot by Byron Atienza, an amazing cinematographer. It was so effortless how it happened. In the video the little girl was kind of fueling the dream and taking me down the rabbit hole like this little girl in my mind. It represented my inner child.

TSL: At Columbia University you majored in music, or something else?

Polly A: I majored in economics and I minored in music. I pretty much went to New York though to pursue music. Being from Milwaukee, theres not a really scene out there. Columbia brought me to New York and I started doing music right away and school, and just started pursuing them both.

TSL: You did the full New York experienceeven selling your demo in Times Square?

Polly A:  [laughs] I did the full New York experience. I was out in Times Square singing for people and like Hey, you want to buy a CD? I did the subway scene a handful of times but that can be a little painful. There are so many people that just dont care.

I was like Ill just focus on making songs and making as many songs as possible and meeting as many people in the business as possible.I went out a lot on the night scene. Went to a lot of shows for up and coming artists. I met a lot of musicians and artists that were out here trying to share their gift but werent necessarily famous.

I did a lot of shows like Joes Pub, The Cutting Room, Pianos, anywhere anyone wanted to book me. It was out of pocket and I wasnt getting paid, so I was paying to perform.

TSL: When did you to the point where you were working with Alicia Keys and Selena Gomez and J. Cole?

Polly A:  I didnt actually write with Alicia or Selena, they both recorded songs that I wrote, so they werent actually in the room. I had my first deal with Columbia which didnt work out, but with that album I made, there were a couple of songs that other artists recorded, Natasha Bedingfield, Selena Gomez.

Alicia Keys recorded a song called Love is My Disease and that kind of put me on the map as a songwriter. It was good and bad. I was branded as a songwriter so people kind of forgot that I had my own artistry too.

TSL: This EP was produced by Synametik?

Polly A: Yeah, hes under the radar but hes one of those hidden gems. Super talented, genius piano player. He and I worked well together.

That was at a time when not everyone was trying to do sessions with me because they werent getting paid for it and he was one of the few producers that was like, ‘no, youre dope’. He was just giving me time and energy just on spec.

I have so much love for him because he was there. The other half of the album is produced by another up-and-coming amazing talent named Gabe Lambirth. He produced the first song, Brooklyn Sun. Hes just another hidden gem, he plays guitar in Ryan Leslies band.

TSL: What made you do an EP, is that just the way the industry is going nowadays?

Polly A: I am definitely putting together the entire album. Im pretty much almost done. It gives more life to have a relaunch when youre a new artist. Peoples attention spans are so short. We agreed to put it out in segments. Sometimes when you give people too much and they dont know you, it can be too much information. We decided to give them five songs and let it build.

TSL: This time around you signed to Interscope through Adam Levines label, 222. How did that happen?

Polly A: I met Julius Garcia, the president of 222. I met him through my production company. It had to work with Adams brand to find the right kind of artist. Then I met with Jordan from Maroon 5. I did like 4 songs and he signed me on the spot.

Later on that day, Im getting text messages from Adam Levine. Hes was like, Yoo, youre so dope. I really just want to help artists avoid some of the pitfalls I had to go through. I really want to help you.

I did a song called Fire Burnin and it got into the hands of an A&R at Universal and he randomly played it for someone who became my manager. I initially was like, ‘I want to do the independent thing. I dont know about the major label thing. I just want to put music out and let it happen organically.’

Then this opportunity came about and it just felt right.

TSL: When you graduated from Columbia were you working in the financial industry?

Polly A: I was a wedding singer on the weekends. I waited tables. I already came in with a plan and corporate life wasnt a part of it. I knew from jump that music was what I wanted to do.