On Thursday, Dan Rooney, the revered and respected chairman of the Steelers, the almost mythical patriarch of the NFL and the leading figure in highlighting the need for racial diversity in the NFLs coaching ranks and front offices passed away at age 84.

Few people in NFL history had as much influence for as long a period of time as Rooney did. He had a close and almost fatherly relationship with all three NFL commissioners, was vocal and hands on in major labor disputes and he was a champion for diversity in NFL leadership gigs. 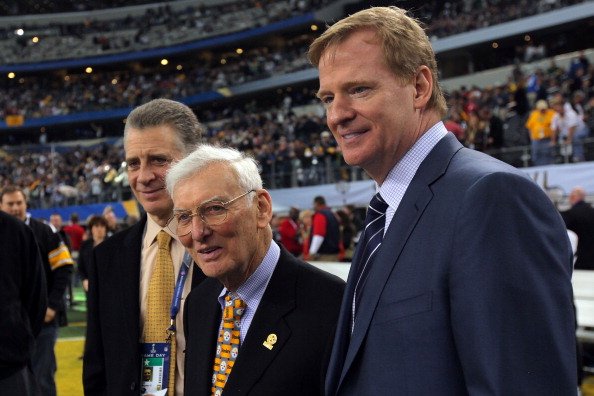 For all of the pure football related gems and jewels Rooney dropped on us over the years, his role in the establishment of the Rooney Rule, which was created in 2003 and requires teams to interview minority candidates for head coaching and senior football operation positions, is his greatest and most selfless contribution to the game of football.

The rule was named in honor of Rooney, who had served as chairman of the league’s diversity committee and was never afraid to address the elephant in the room — that being minority representation at every level of the game — with his white counterparts. He’s also credited with making the first African-American hire under the premise of the rule in current head coach and Super Bowl champion Mike Tomlin. 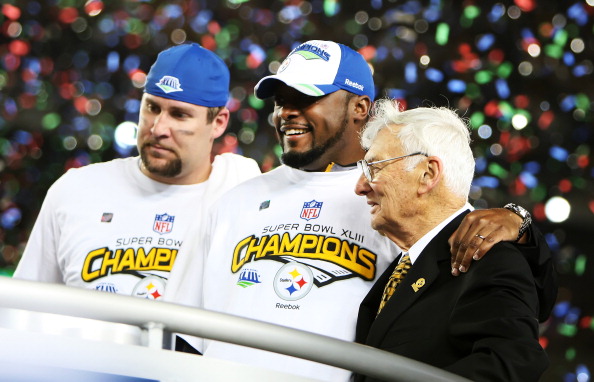 He was a leader in the truest sense and the NFLs pulse of progressive thinking and fairness.

Off the field, Rooney was appointed U.S. ambassador to Ireland in 2009 by President Barack Obama and served until his resignation in 2012. In March 2016, the Jackie Robinson Foundation honored Rooney with its Lifetime Achievement Award.

Rooney was born July 20, 1932, on a small, modest house on a hill in Pittsburgh, to Art Rooney Sr., who founded the Steelers the following year. Rooney often said that it was his father who taught him his unbiased views and how to value people.

Bill Nunn, a barrier-breaker and emancipator of the pipeline to black college players when he began scouting for the Steelers in the 1960s, once said that Rooney was colorblind.

“In those days, growing up on the North Side, we didn’t think about your skin color or your accent or what church you went to,” Rooney wrote in his memoir, ‘Dan Rooney: My 75 Years with the Pittsburgh Steelers and the NFL.’ “What mattered was that you lived up to your word, pulled your own weight and looked out for your friends.” 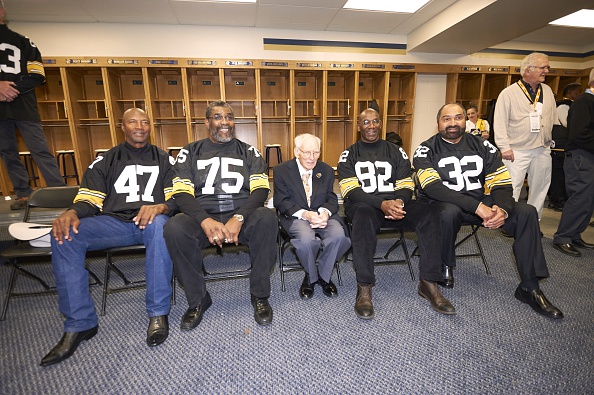 Rooney never forgot that and his pure, unbigoted approach to people and life brought the Steelers a world of success, wealth and popularity. Educated on the ins-and-outs of NFL football since childhood, by the time he was in his early 30s, Rooney was helping his father Art run the Steelers.

Much of the Steelers’ success and viability can be traced to when Rooney took more of a hand in the day-to-operations in the 1970s. For the next four decades he helped shape the game of football and played a colossol and impactful role in helping forge the league into the multi-billion dollar enterprise it has become.