HOUSTON – Some people in NRG Stadium were dismayed on Friday night when North Carolina and Villanova beat Syracuse and Oklahoma in the Final Four as if they’d stolen their momma’s mortgage money. I was not among them.

The basketball gods have been kind to me during this year’s edition of March Madness. I covered the First and Second Round action at the Barclay’s Center in New York, watching the Wildcats utilize a balanced attack to dismantle UNC Asheville behind Ryan Arcidiacono’s 14 points and Daniel Ochefu’s 17 points and 10 rebounds.

They proceeded into the Sweet Sixteen for the first time since 2009 with a convincing 87-68 win over Iowa in the Second Round, a victory that was again characterized by their exceptional perimeter attack and overall team balance. Josh Hart dropped 19 points and Arcidiacono, Kris Jenkins and Jalen Brunson added 16, 15 and 12 points respectively, while Ochefu owned the boards with 11 rebounds. 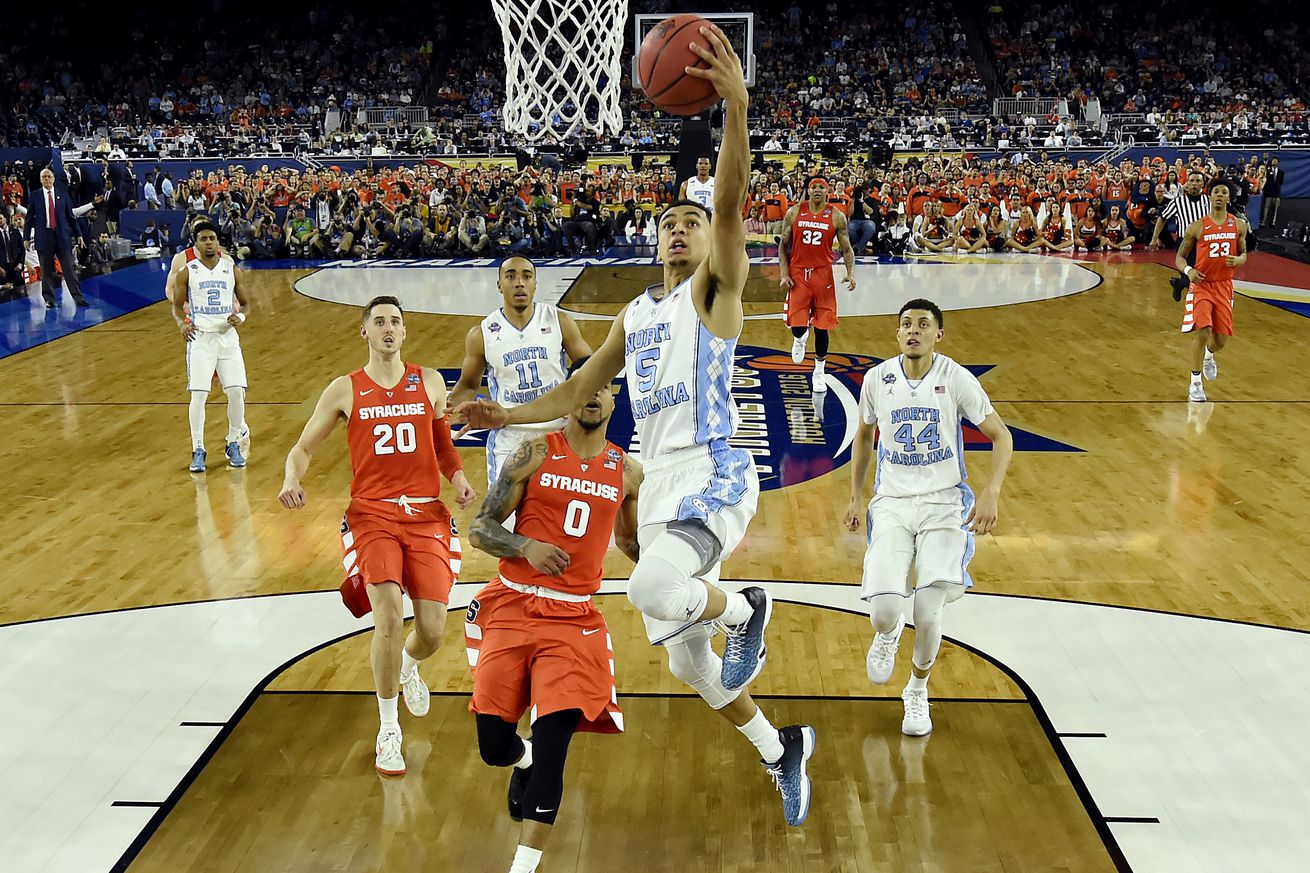 Though most people left Barclays enamored with Stephen F Austin’s Thomas Walkup, my most potent takeaway from the opening rounds was how well-oiled and efficient Villanova looked. I saw a team with some great senior leadership, wonderful guards, an interior presence, an outstanding coach and a hunger born from three years of March Madness frustration.

A few days later, I sat in Philadelphia’s Wells Fargo Center for the East Regional semifinals, witnessing North Carolina bully Indiana in the Sweet 16, 101-86. Marcus Paige started that game with a three-point barrage that was straight out of a video game and finished with 21 points, but UNC’s strength is down low.

With Brice Johnson’s dominant 20 points and 10 rebounds, they were sending a message that whoever they faced from here on out, the opponent would have to pick their poison.

The Tar Heels not only excel in transition and from deep, they also play some impressive defense and boast an interior rotation in Johnson, Kennedy Meeks, Isaiah Hicks, Justin Jackson, Theo Pinson and the mammoth Joel James that is the envy of every coaching staff in America.

Against ACC foe Notre Dame in the Elite Eight, Johnson proved once again that he should have been mentioned alongside Oklahoma’s Buddy Hield and Michigan State’s Denzel Valentine for National Player of the Year honors with his 25 points and 12 rebounds, his school-record 23rd double-double of the season, in UNC’s 88-74 win.

Sitting in a massive sea of humanity at Houston’s NRG Stadium prior to the tip-off of the Final Four on Saturday night, despite Oklahoma and Syracuse’s impressive postseason runs, even Ray Charles could see, had he been following the trajectory of this year’s tournament, that the Sooners and Orange were about to hit the road, Jack, while Villanova and North Carolina were on a championship collision course.

The Tar Heels’ 83-66 win over the Orangemen, and the Wildcats 95-51 obliteration of Oklahoma, a knockout that Mike Tyson would be proud of, was merely further proof that the two best teams would meet up for what could be an epic squabble in the national championship game.

So how does this one shake down? Villanova has been hotter than fish grease lately, putting in more work than Rihanna and Drake. They shot an incredible 71.4%, the second-best shooting percentage in the history of the Final Four, against the Sooners, led by Josh Hart, who connected on 10 of his 12 shots en route to 23 points.

The only team to shoot better was Rollie Massimino’s Villanova championship squad in 1985, who shot 78.6% to defeat the heavily-favored Georgetown Hoyas in the final. 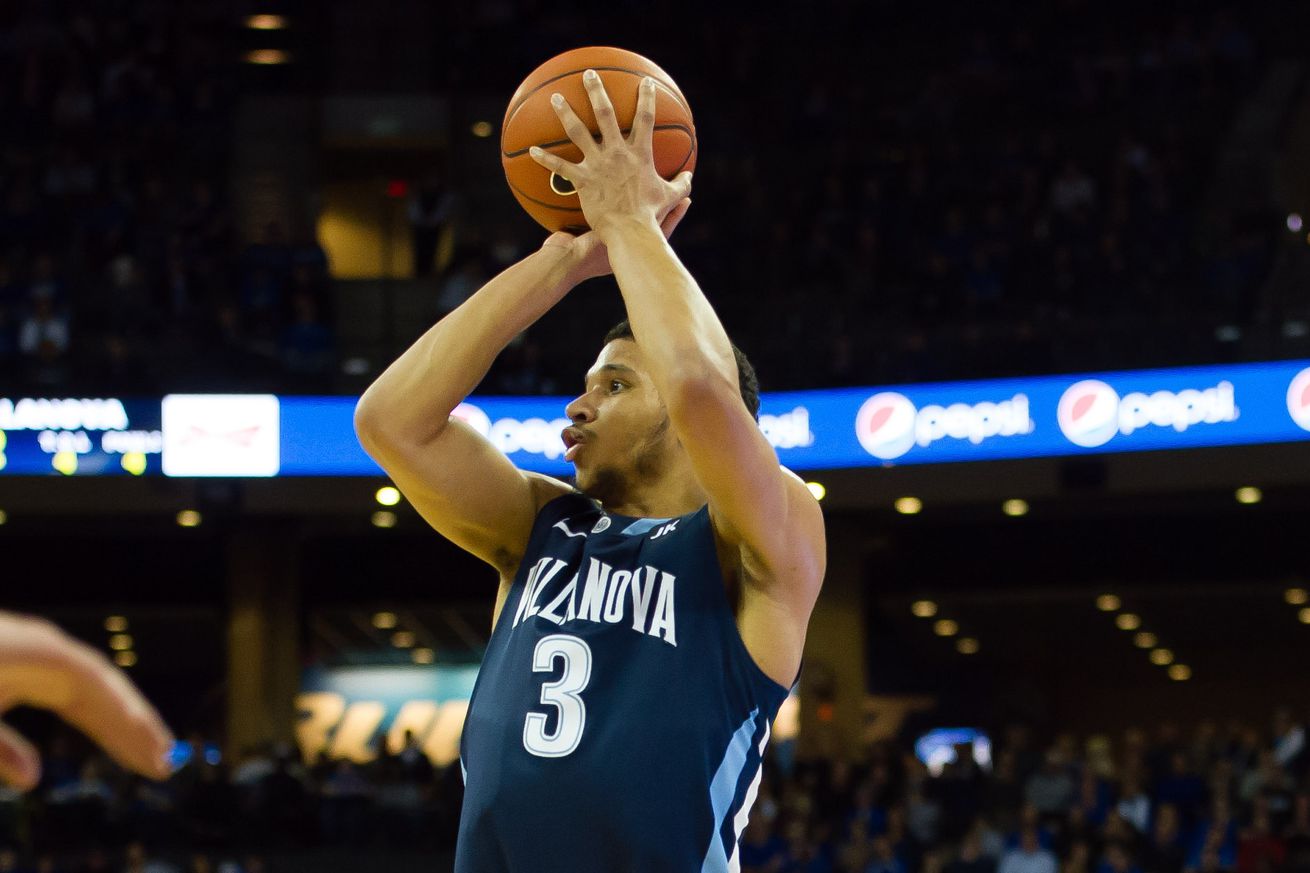 Duplicating such a near-perfect performance will not be easy against North Carolina. Very much like Nova’s Brunson and Arcidiacono, the Tar Heels boast two point guards in their starting backcourt with Paige and Joel Berry II. So look to see both teams taking advantage of having multiple ball-handlers who can score and create offense for others.

Despite the wonderful guards on both sides, tonight’s game will be decided down low. North Carolina has the advantage in the post with better and more athletic scorers. They should be able to assert themselves against Villanova in the paint.

Wildcats Daniel Ochefu, Kris Jenkins, Darryl Reynolds and Mikal Bridges can all score the ball, but they’ll have their hands full with matching up, across the board, against UNC’s Kennedy Meeks, Brice Johnson, Justin Jackson and Isaiah Hicks. Villanova scored 32 points against Oklahoma inside in the Final Four. UNC gutted Syracuse like Hugh Glass did that horse in The Revenant, scoring 50 in the paint against the Orange.

Both squads play great team defense and are among the best-coached and disciplined around. Villanova will have to have a great performance from their guards to win. North Carolina will look to get easy buckets in transition and pound the ball in the paint. The margin of victory could come down to who misses the most free throws.

We should be treated to splendid game tonight, one that hopefully comes down to the last few minutes.

The Tar Heels have beaten Villanova on the way to their titles in 1982, 2005 and 2009. The Wildcats will be looking to return the favor.