Several weeks ago, a emotional yet triumphant Michael Rose-Ivey stood at a podium with tears in his eyes as he discussed exercising his First Amendment rights. From the moment his oratory ended, the pressure has been ratcheted up significantly against him. A silent and non-violent protest has garnered more hate and vitriol than one would think possible in a so called democracy.

On September 29, I penned something about the three Nebraska Cornhusker football players – Rose-Ivey,  Mohamed Barry and DaiShon Neal – protesting by taking a knee during the national anthem before playing Northwestern. Despite opposition from Nebraska governor Pete Ricketts, as well as other powerful conservative movers in the state of Nebraska, Rose-Ivey has been steadfast in using his right to free speech. 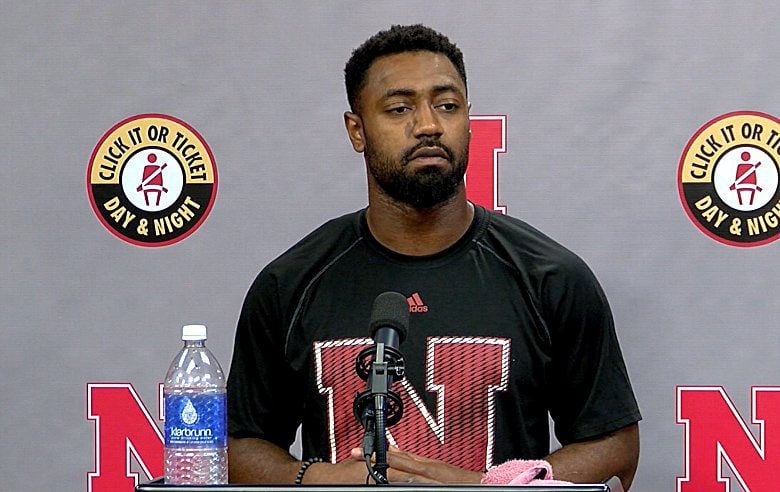 He did just that on a recent CBS Sports interview.

Rose-Ivey reminded those within his constituency of the legacy he’s trying to uphold, a legacy that began before he was born, one that is filled with pain and resilience. Now, as President Barack Obama prepares to cede power to a newly elected president, it is high time black grievances are addressed and remedied. But the mainstream dissenters claim that Rose-Ivey’s protest is an affront to all they hold dear.

If it weren’t for bigotry and prejudice, they perhaps could see Rose-Ivey’s overture is All-american and protected by the Constitution of the United States. For theie part, Nebraska has circled the wagons around their own, offering Rose-Ivey a protective cocoon from which to speak freely, and with a lessened possibility of repercussion.

I have served in the military,” Bounds wrote. “I understand love of country and love of the flag and I know that freedom is not free. I recognize that some are upset by what they saw on Saturday night. But let me be clear. The University of Nebraska will not restrict the First Amendment rights of any student or employee.

But Rose-Ivey is still very much at risk. His primary talking point is the morbid trend of treating black life as disposable.  Yet, conscientiously mentioning the fact that people of all races are being killed by the police.