Everybody adores Michael Jordan the basketball player and business mogul.

It has become one of basketballs all-time joke picks.

The great MJ was eventually fired as the face of an underperforming Wizards front office. In 2006, as self-appointed “Managing Member of Basketball Operations” of a Charlotte organization in which his company, MJ Basketball Holdings, is now majority owner of, MJ committed the second biggest draft bust in the last 25 years by wasting the No. 3 overall pick on Adam Morrison.

Hes also been criticized over the years for trading away prolific ballers like Rip Hamilton and Tyson Chandler, who went on to help opposing franchises win titles.

As early as 2012, some even labeled Jordan the greatest failure ever as an executive. Then again, how many people do you think really wanted the league’s only African-American majority owner to succeed anyway? As the first player to become majority owner of a pro franchise, he was once again setting a revolutionary standard and changing the game.

On the flip side, The “Now” Generation doesnt allow executives, much less Michael Jordan, time to build a franchise before casting judgement. And he’s been judged as harshly and meticulously as any exec/owner in NBA history that doesn’t work in New York.

Jordan will tell you both of those teams were franchises he had to build from scratch with no cap money or financial stability. He says he spent his first seasons with both teams clearing cap and eliminating veterans to bring in young players that could form into perennial playoff teams.

Sure, Jordan failed in Washington, and with the Brown and Morrison picks. But let’s not act as if Jordan made all of these decisions himself. He did, however want all the glory, just as he did on the basketball court, so he must eat the blame. 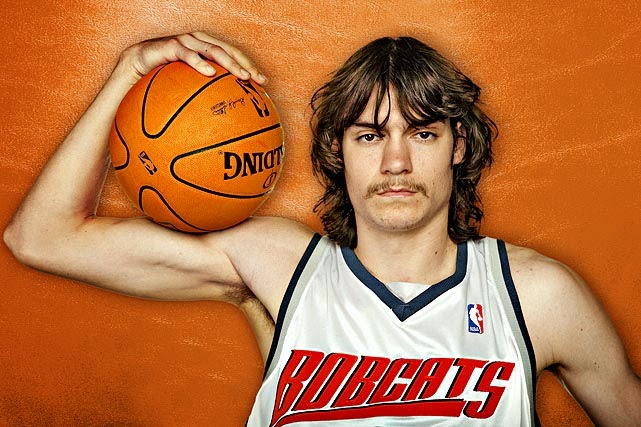 Charlottes 89-85 Game 4 home win over Miami on Monday night proves that MJ finally he has a trio worthy of his name and reflective of  his confident demeanor in Kemba Walker, Jeremy Lin and Courtney Lee.

The franchise, then-known as the Bobcats, made the playoffs in 2009 behind the stellar play of Gerald Wallace, but they were swiftly swept out of the playoffs by the Orlando Magic. It took Charlotte 14 years to win one NBA playoff game. Thats also how long it took MJ to find a guard combination like the explosive, fast-paced one he has now.

Walker dropped 34 points and the Bronx, NY legend was clearly the best baller on the court.  Since winning a National Championship with UCONN on his way out of college basketball, Walker has established himself as an All-Star player and one of the league’s deadliest guards. Selecting Walker with the No. 9 pick in the 2011 draft is probably the game-changing move in MJs once-dismal career as an executive and owner.

After suffering through some mediocre years with overpriced veteran talent, Kembas entrance and the all-time putrid 7-59 record Charlotte produced in his rookie season signified a reconstruction era.

Eventually, Jordan restored the franchise name to Hornets, connecting with a time when Alonzo Mourning, Larry Johnson and Muggsy Bogues had the league buzzing.

By 2013-14, Kemba and MJ had Charlotte in the playoffs. Al Jefferson was a major free agent catch and he lauded Charlotte’s pitch to him. It was finally proof of  MJ’s ability to put together a shrewd team of talent evaluators and rely on others to help make decisions. An example of the slight ego transformation needed to succeed as an owner.

This season, Jordan’s streak continued and in came NBA celebrity journeyman Jeremy Lin, another penetration prince. Another runaway freight train to pair with Walker or run the show when Walker needed a break. You dont lose much leadership or intensity when Lin is running the point. He can also score in an array of ways — same as Walker.

Lin had 18 points in Game 3 to help the Hornet’s snap a 12-game playoff losing streak. On Monday night, Lin scored 21 points and continuously went at Miami’s fifth-ranked defense, getting buckets on some Cyndi Lauper (Time After Time) dominance.

Kemba and Lin led a 21-4 explosion in the second quarter, capped by a vintage Kemba drive to the hole to fuel the Hornets to a 48-39 halftime lead that they wouldnt relinquish.  Miami would make a run late, however, it was Lee who grabbed a huge offensive rebound in the final five seconds and then flushed two from the charity stripe to seal the win.

Regardless of his past, Jordan has done a slamming job of late as leader of this rising Hornets franchise. Hes made the correct signings and has accumulated two wins in a playoff series for the first time in franchise history.

Prognosticators were very high on Miami coming into this series. Some even projected Dwyane Wade and Co. to reach the NBA Finals. MJs crazy trey combination looks a bit younger, quicker and more desperate than the veteran-laden Heat.

After rushing out to a 2-0 series lead, Erik Spoelstra and crew let their guard down just a bit and Charlotte has burst through the cracks of opportunity to make this a series.

No matter what happens in Game 5 on Wednesday in Miami, MJs boys will be back at home for a Game 6 on Friday with a chance to either close out the series or prolong it to a Game 7.

No longer the NBAs laughingstock, the Hornets make new fans every time they step on the floor and MJ has to get his props for that.