In the competitive world of basketball training gurus and dream sellers, it’s hard to distinguish the fake from the real. Mark Williams, the founder of FOOTPRINTZ Elite Basketball Training, transferred his passion as an educator and basketball lifer into a dedication to skills training which has evolved to serve as a pathway to college for some of the best basketball players in the country.

The former August Martin High School coach and administrator, is known nationally as well as on the international stage for his detail-oriented training concepts that are centered around fundamentals and game relevance. When I first interviewed Mark back in 2014, he was straight to the grill with it.

“We’re not going to sit there and try to thrill you with the sizzle drills,” he said. “We’re going to give you relevant, game, stuff. We’re not trying to produce Ringling Bros. and Barnum & Bailey dribblers or Harlem Globetrotter dribblers. We’re teaching things that are relevant to the game”

Six years later, nothing’s changed, except for his growing respect in the New York basketball community. His genuine concern for the mid-tier high school prospects struggling to be seen in a sea of talented, high-profile blue chip hoopers is what separates him from other “trainers.” 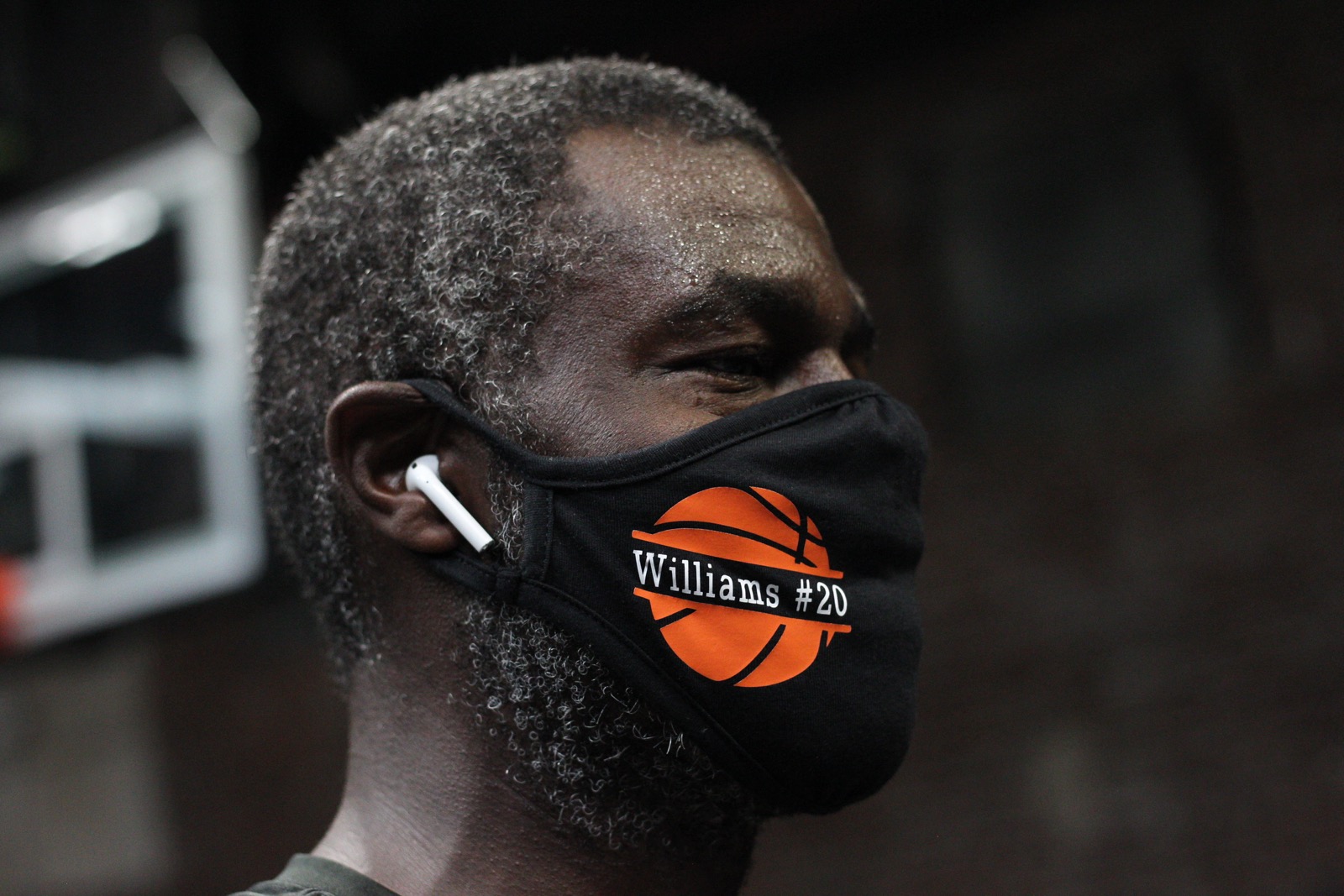 Trainer Mark Williams stays ahead of the game, goes the extra mile for student-athletes under his tutelage

The effects of COVID-19 have been damaging to the hopes and dreams of high school basketball players. Gyms have been closed, sanctioned games shut down, quarantine mandates kept people inside their homes and the future of the entire sports world has become unclear. Summer hoops tournaments — so important to a prospect’s recruiting process — were suspended and the NCAA basically shut down all recruiting. While that may not affect the elite prospects in the country, there are hundreds of less-heralded players who need more live film to close the deal or just get on someone’s radar.

Williams’ son Jelani was an under-recruited player out of high school and started a twitter/instagram page focused on marketing and showcasing players. At the time, he asked a very simple question:

the top players on every team will get help because everyone loves them, but what happens to players number 5-10?

“And that question was the spark,” says Mark, who brainstormed ways to get around the recruiting obstacles his players were facing during a “dead period.”

The Shadow League spoke to Williams about his recorded Zoom workouts and how they could become permanent tools in the recruiting process until a COVID vaccine is found.

TSL:  Your son’s question inspired you to start the #grindtoshine workouts?

Mark Williams: Yes! It definitely got my mind thinking. Then as a skills developer, I saw many really good players not getting the exposure, I thought they deserved. For whatever reason, these players were not catching the eyes of the college coaches. Then once NCAA eliminated  “live periods” and made the whole summer a “dead period” – I felt the need to help players as much as I can. It honestly became a reality once NYC “opened” up for “skills and drills” we decided to utilize ZOOM and broadcast a full workout to college coaches.

A skilled lecturer, Mark is a member of the exclusive Point 3 Basketball’s ALPHA Program – which is an international group of handpicked basketball professionals who are dedicated to on court improvement of players. Mark has an uncanny way of relating to players and challenges each trainee with drills that will force a player to “get out of his or her comfort zone” and learn the nuisances attached to the game of basketball.

​TSL:  Who is the ultimate target market?

Mark Williams: We are focused on helping the mid to low level division one player and division two/three players not only because they are overlooked but also because some of the college coaches due to financial constraints are usually not able to get to the metro NYC area. We have been lucky to attract some of NYC’s top players such as Paris Clark (Long Island Lutheran HS) who is currently ranked #44 overall / 9th best guard according to ESPN’s latest Class of 2022 rankings and Saniyah Glenn (Christ The King HS) who according to the same ESPN list is currently ranked #47 overall / 10th best forward…but they are the anomalies.

A very passionate and engaged skills developer, Williams has worked with several McDonald’s and Jordan Brand All-American players as well worked very closely with NYGHOOPS & MADE HOOPS (in person and virtual) in addition to countless collegiate student-athletes.

TSL: With COVID-19 still impeding sports participation and limiting showcase opportunities for players in schools across the country, is this the new norm for recruiting?

Mark Williams: Without a doubt and I am sure that is the thinking behind the NCAA’s decision to allow coaches to purchase “Live Streaming” events as per their updated “Bylaw-13”. If you think about it – it makes so much sense (& cents) for college coaches for it opens up a whole new market of players for them to recruit from. And as a trainer, it is helpful for my clients to get feedback from college coaches on what they are looking for in a player and allows me to streamline my sessions to truly allow the coaches to determine a player’s strengths/weaknesses.

Whereas a high light video only showcases the good parts, a workout- at least my workouts — test a players’ mental fortitude plus it allows a coach to see if a player is a worker.

As a former high school and college coach, Mark has been involved in player development for over 30 years and through various partnerships including NBPA (National Basketball Player Association) has worked with many NBA players and FIBA teams.

Williams’ broad experience also allows him to stay ahead of the game and in touch with the basketball community, from soup to nuts, through a series of podcasts in which he highlights coaches, assistant coaches and players from across the college basketball landscape, while remaining true to the culture of the sport.

In a time of stunning change and lost opportunity, Williams is finding ways to keep the hoop dreams of student-athletes alive.