We saw the end of Clevelands attempt to match the 2008 Detroit Lions as the only 0-16 team in NFL history.

We saw the end of Hue Jacksons humiliation as he lost his first 14 games as Browns HC.

We also saw the probable end of Robert Griffin III’s career as an NFL starter when the former All-world QB was sidelined with 10:30 left and diagnosed with a concussion during Cleveland’s 20-17 win over San Diego on Saturday.

Griffin completed 17 of 25 passes for 164 yards before he was smashed by linebacker Korey Toomer as he was being tackled by another Charger defender. Griffin was replaced by Cody Kessler and din’t get to bask in the glory of closing out the team’s first win. Hes still taking too much abuse and its really been sad watching the demise of RG3 and his journey from American Super Negro to battering ram for one of the worst franchises in NFL history. 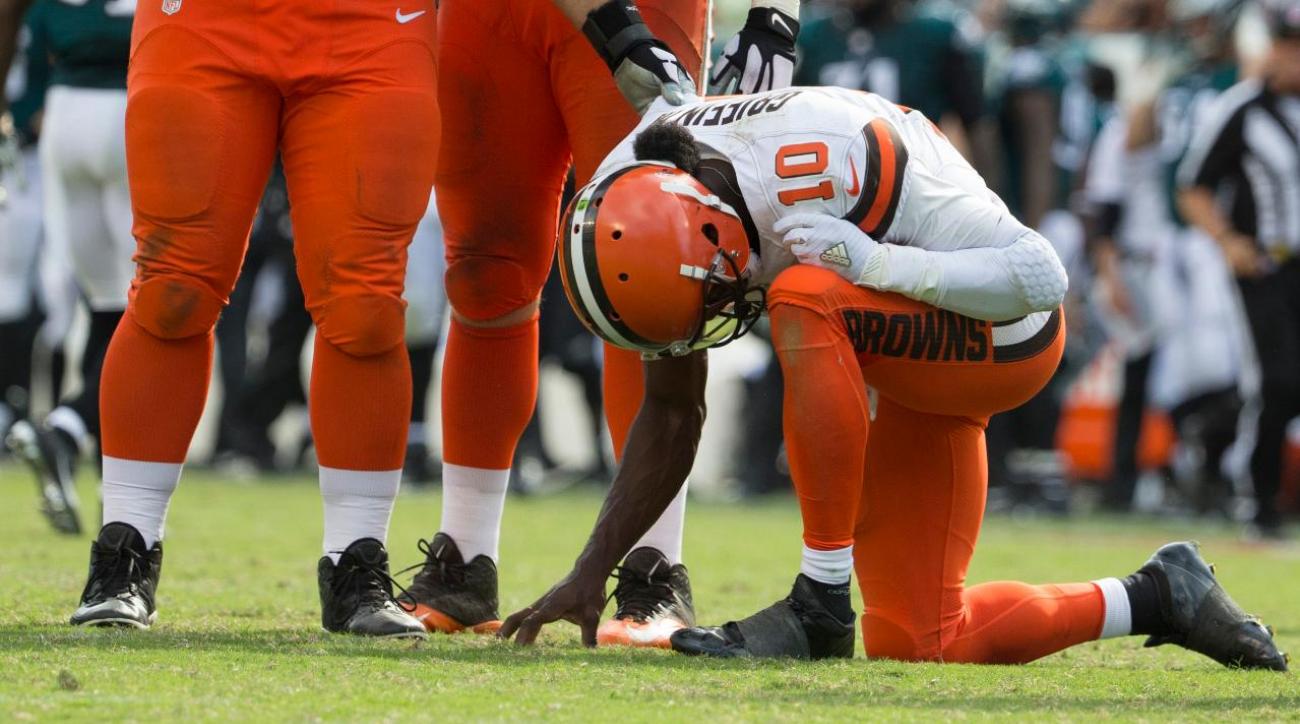 Griffin IIIs arrival in Cleveland was met with optimism and caution. He hadnt played since 2014 and he was still caught in between his old, reckless style of play and the new more pocket-oriented passer everyone told him he needed to be to survive in the NFL.

The notion of RG3 as a star has long passed, but everyone believed that he could at least improve the Browns dismal QB situation — if he could stay healthy.

Well he didnt stay healthy and played just four games this season. Griffin started and threw for 190 yards in the season-opener on September 11th against the Eagles and after fracturing his shoulder, didnt see the field again until Dec.11.

Its time for the maligned QB to start looking for a new profession. His body and brain has taken a serious pounding and for the sake of his physical and mental health, RG3 has to know when to tap out.

If getting sacked seven times on Saturday doesnt force RG3 into retirement, then Im sure the Browns wont be wanting his unreliable services moving forward. Not that the Browns would have been a playoff team with RG3 healthy for the entire season, but it would have been fun to watch the former living legend put his legacy to sleep with one last respectable, healthy football campaign.

At this point, we can say with some confidence that for RG3 that season will never come.