I give up! The Johnny Manziel train is wobbling off the track, a ride that I willingly jumped on when he was killing it at Texas A&M. I guess I got caught up in the hype.

I dont know what it was about him early on: maybe it was the mad scrambling and his exciting play outside of the pocket, or the brash money sign flashes. His game and improvisational wizardry was something that I could certainly relate to and cheer for.

After he fell to the Browns, who selected him with the 22nd overall selection of the 2014 NFL Draft , I was convinced that Cleveland had a guy who could lead them back to the glory days of Bernie Kosar in the mid-to-late ’80s, when the franchise was competing for AFC championships.

An athletic, seemingly cool white kid with some brotherly swag, Johnny Football was supposedly ready to lead them back to the playoffs after a decades-long absence.

He would draw comparisons to the late, great Otto Graham, become a beloved adopted son of a success-starved sports town and would bring the Browns back to respectability within five years. At least that sounded like a great plan.

But incident after incident  shattered that wishful thinking. The reality is that Johnny Manziel is a walking dumpster fire.  His integrity and professional pride are now being called into question. 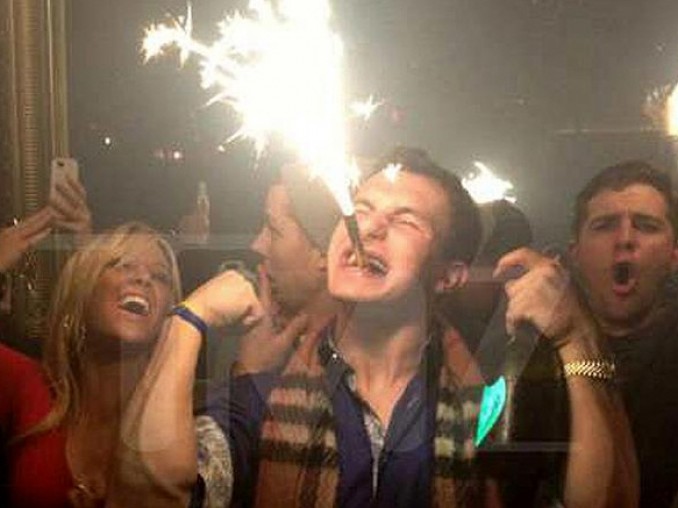 (The Life of the Party, Photo Credit: TMZ)

There was his sophomoric behavior while attending Texas A&M, but he got a pass from most because in actuality, he really was a sophomore.  Each of his missteps were dealt with by a simple slap on the wrist.

There were  inadvertent NCAA violations in 2013, the flipping the bird incident for which he was fined $12,000 by the NFL following a preseason loss to the Washington Redskins in 2014, his water bottle incident and alcohol rehab in early 2015, and an incident with his girlfriend that was potentially a domestic violence case.

He was promoted to the starting QB position in late November, only to be subsequently demoted to third string after seen partying in Austin, Texas during the team’s bye week. To make matters worse, he lied about the incident when confronted by the team’s coaching staff. 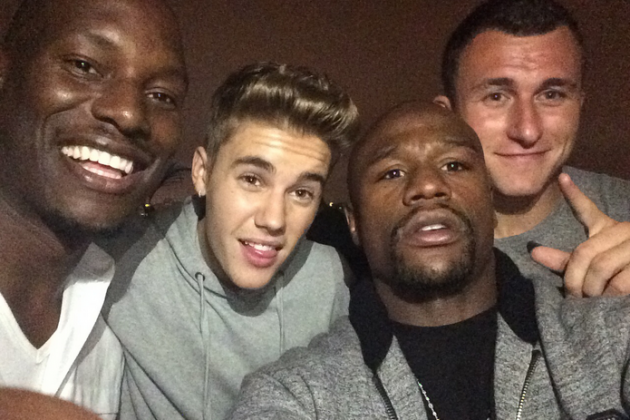 Then he kicked off the new year in grand style with rumors of being spotted in Las Vegas on two consecutive nights, one of which he reportedly donned a blonde wig, went by the name of Billy and sat in a dark corner of the establishment.  Although the latest incident in Vegas have not yet been corroborated, I wouldnt put it past him at all at this point.

The Cleveland Browns seem to be done with all of his shenanigans. And so am I. No brother would get away with such things. Though Johnny has a Black game, a rappers confidence and the taunting skills to go with it, in reality hes a spoiled kid whose life of privilege has followed him to the National Football League.

Its like hes suffering from Affluenza. I was a huge fan of Johnny Manziel when he begged Cleveland to draft him, telling the now-fired General Manager, “Let’s wreck this league, bro!”

Well, he’s done some wreckage all right – to his own reputation, career  and future prospects.

He really needs sit down somewhere, get his mind right, make some necessary changes and act like his NFL future is on the line. Because it is.