Kimbo Slice and Dada 5000 square off tonight at the Toyota Center, in Houston, Tex., in what is expected to be the ultimate south Florida face off on Spike TV. The two Bellator fighters have exchanged very heated words over a longstanding beef, though its unclear how it started.

Dada 5000s claim to fame is Dawg Fight, a 2015 documentary that records the fighter organizing MMA fights in his backyard in West Perrine, Fla., a poor suburban town in Southwest Miami-Dade County.

Kimbo was a YouTube sensation long before the release of Dawg Fight, with his clips generating millions of views. As a pro, his fights have drawn huge ratings on several occasions.

Dada never gained the same name recognition and, before the documentary dropped last year, he was unknown to the MMA world.

If you ask Kimbo, he feels the fame Dada garnered from the film has gotten to his head and that he is ungrateful for all he feels he has done to help support him.

During a Q and A with The Shadow League, Kimbo went in on Dada, saying he was going to give him a good old fashioned beating and that hed better make the best of this fight tonight. 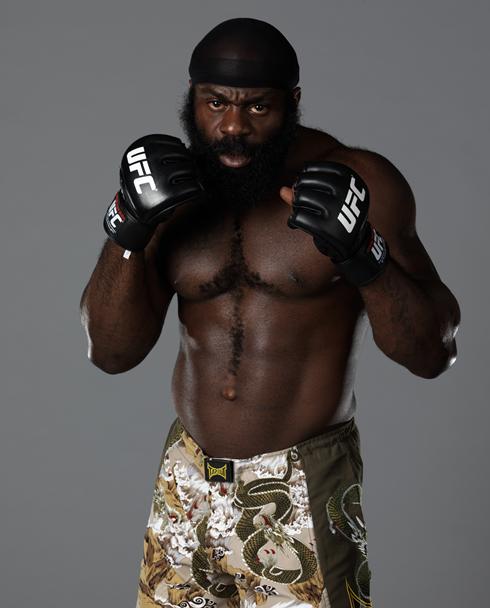 Here is an excerpt from our conversation below

The Shadow League: Whats going on with you and Dada 5000?

Kimbo Slice: A lot of disrespect and cutthroat stuff going on from his end. A brother like myself threw a dog a bone, giving one of your homeboys an opportunity to make some money and for him to come around and denigrate my name and talk shit about me and then call me out without me even knowing about it is just rude.

TSL: But yall were homies growing up, though. So when did this beef between the two of you start?

KS: I dont know. I really cant tell you, brotha. From my very first pro fight, I was cool with him and all of the guys in my camp. But this brotha started doing his little Dawg Fight in the backyard, decided to grow his beard and do all of these things and call himself a street fighter and then wanted to take away from me. So that lets me know he had beef from the beginning because no one else in my crew had this issue.

TSL: Have you ever reached…

KS: Reach out for what? Do I see myself actually knocking him out? Breaking his jaw? Yeah, I see that.

TSL: That, too. But do you see yourself reaching out to him to squash the beef because you guys had a good friendship?

That is what Dada has done. Now he can face off against the worst opponent he could have possibly faced off against. He should have started off with someone else. Not a fighter like me. Not fighting where we came up. Not being from the same neighborhood. He knows what kind of fighter I am and I have a lot of arsenals on my belt that I can use. But Im going to do it the old fashioned way and beat him down.

TSL: I want to ask you about how its been fighting under Bellator. How has that experience been for you?

KS: Bellator has been really good to me. I love Scott Coker for putting this fight together. This will probably be the most money Dada will ever make in his life. So (Coker) has given this guy a life changing opportunity and thats a beautiful thing. Dada has done that well of a job that he has this opportunity.

But that has a lot to do with him being on my back. Me helping him get to where hes at. And, again, for him to be this disrespectful and calling me out is just absurd. Thing is, I dont have to prove anything. I dont have anything to lose in this fight. Im coming in this fight to hurt (him). Im not even thinking about winning. Thats not even on my mind.

Im going to try to submit you or anything like that. No. I got bad intentions. Thats why this fight is going to be so dangerous for him because I can take a punch. I can take a kick. Ive fought the best. I love fighting. I aint got nothing to lose in this fight, man. Imma hurt this dude.

TSL: I hope youre not telling us youre gonna make it short?

TSL: Im just saying, man. Youre all juiced up. At least get it to the second round for the fans.

KS: I hear you. I hear you. All man, thats messed up. (laughs) I didnt even think about it that way. Hes a big dude, so hopefully he can take a beating.

Though The Shadow League wasnt able to speak with Dada 5000, you can take a look at this video below and listen to how he describes Kimbo. It isnt nice. At all.