Optimism among the Cleveland Cavs players is not totally lost, despite trailing the Golden State Warriors 3-0 in the NBA Finals. Shortly after Golden State pulled off a shocking 118-113 comeback win over the Cavs on Wednesday night, JR Smith apparently tweeted and then deleted his prediction for this NBA Finals. 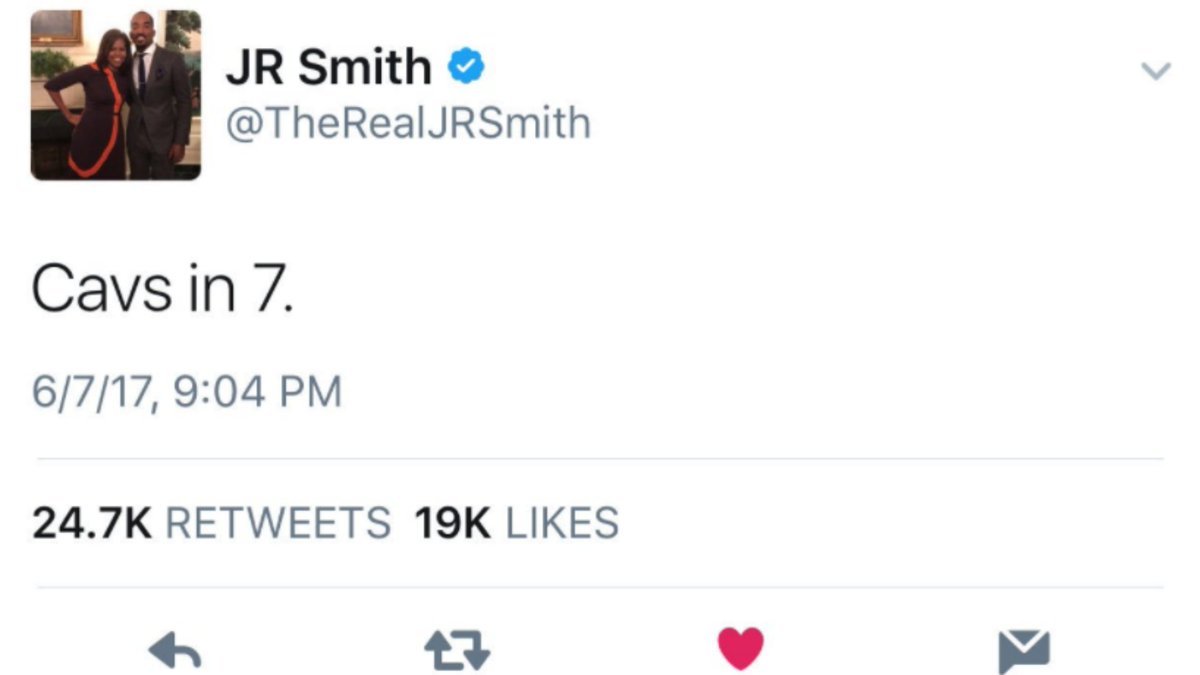 According to sporting news.com, Smith tweeted the bold prediction shortly after the heartbreaking loss to KD and Dub Nation. Now, we dont know if he had already started his after party and was two bottles of bubbly and few shots of cognac in when he made this post.

But Smith said he was hacked, confirming to Cleveland.com he did not send the “Cavs in 7” tweet after Game 3. That seems to be the common excuse that a celebrity uses when they release something into the Twittersphere and then instantaneously regret it.

“I got out of the shower and my phone was buzzing. I did not tweet that,” Smith said. “I’m smarter than that.”