Despite her domestic violence incidents, beef with past U.S. womens soccer team stars, riffs with coaches and her overall erratic nature, Hope Solo always seemed to come out on top.

The greatest goalie in U.S. Womens Soccer history has had her share of mishaps off the field, but her saving grace was always her talent and the influence of her beloved womens team, which was still riding the euphoria of a 2015 World Cup victory entering the 2016 Olympics in Rio as gold medal favorites.

As much as Solo dedicates herself to winning, she always had some sore loser in her. America often swept her shortcomings under the rug for the sake of our patriotic duties to a womens soccer team that was as talented, deep and dynamic as any ever assembled. An all-star squad that was supposed to run through everybody like a knife through butter at the Rio Olympics. All things considered, Solo was a small thorn in the side of U.S. soccer, but a huge celebrity, bringing attention to the game through her self-made marketing machine.

Just as the miraculous run of the U.S. womens soccer team came to an abrupt and unexpected end at the hands of Sweden before ever getting to the 2016 Olympics medal round, it appears that Solos series of second chances has run out as well.

This week, Solo was suspended from the national team for six months, effective immediately, for conduct that is counter to the organizations principles, U.S. Soccer said in a press release.

Solo, whose relationship with U.S. Soccer bigwigs has been shaky at best over the past few seasons, had called Sweden a bunch of cowards after losing the soccer match in the Olympics. Her comments were disrespectful and  U.S. Soccer didnt approve of her sour grapes, stating that Solo’s outburst was “unacceptable and did not meet the standard of conduct we require from our National Team players.”

It was the last straw and the perfect excuse to ease the 35-year-old out of the national team mix and into retirement. 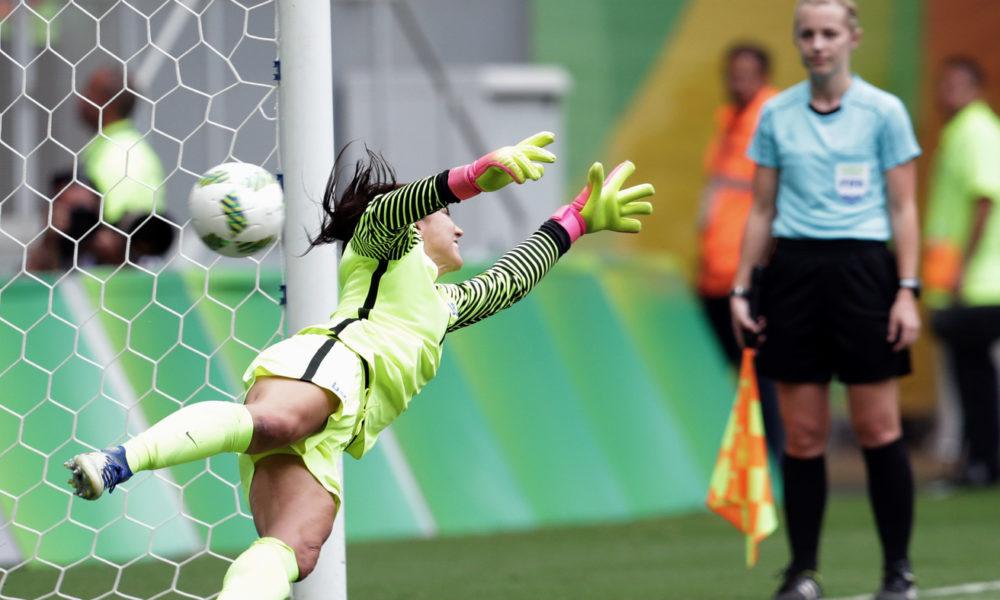 Solo has been a world class performer and high-celebrity ambassador for U.S. womens soccer. Unfortunately, as her legacy is solidified, she will be as known for tussling with her NFL-playing husband and grappling with her 6-foot-9 nephew and the subsequent criminal charges and negative media reactions, as she is for her trip to the White House after winning the World Cup in 2015 and getting the key to the city from New York mayor Bill De Blasio. Her appearance on Dancing With the Stars and her undeniably classic 2011 nude shot in The Body Issue of ESPN The Magazine will soon be forgotten.

Because she’s not going out on her own terms, those dark moments will come to define her as sharply as her undeniably prestigious feats on the pitch.

That shootout loss to Sweden foiled Team USAs bid for a fourth consecutive Olympic gold. Solos departure marks the potential end of a U.S. Soccer dynasty and the beginning of a new era as we very well might have seen the last of the woman who has been goalkeeping for Team USA since 2000 and is the first ever goalkeeper in history, man or woman, to achieve 100 shutouts in international competition

Solo will continue to play for Seattle Reign FC but will not be eligible to play for the U.S. Womens National Team until February of 2017. The suspension doesnt really effect her immediate international career as that season is just ending with the Olympics. But with her complicated history, boisterous personality, aging legs and unsuccessful Rio results, dont expect to see Solo invited back to the national team next year.