The travesty of casting characters that ought to be of color with White actors isnt really a travesty in the familiar sense.  But that doesnt make it any less bullsh*t.

Dating all the way back to the Charlton Heston playing the role of Moses in Cecil B. DeMilles Ten Commandments and Elizabeth Taylor’s portrayal of Cleopatra, Hollywood loves furnishing audiences with quasi historical offerings that feature characters who were Black and Brown in antiquity but are depicted as being of European descent in modern times.

This phenomenon popped up most recently with Ridley Scotts Exodus: Gods and Kings. The director didnt seem to really give a damn about what anybody had to say of his offering being almost exclusively Eurocentric in its makeup.

Scott explained his casting choice was about money. He simply wasnt going to place the fate of a $140 million film on the drawing power of person of color.

I cant mount a film of this budget, where I have to rely on tax rebates in Spain, and say that my lead actor is Mohammad so-and-so from such-and-such. Im just not going to get it financed. So the question doesnt even come up.

Scott was right. It was all about the money, but not in the manner in which he thought. It only earned $65 million in the United States, a paltry number that one could surmise had a direct correlation to the outcry over how amazingly white the film was. Exodus would earn $203 million globally, a number that was boosted by $22 million in Brazil.

The film did make a profit, but a major motion picture studio doesnt spend $140 million on a movie only to have it earn $120 million at the box office. For all intents and purposes, Exodus: Gods and Kings was a pale-faced flop.

But it is clear that the mammoth contraption that is Hollywood purposefully lost the memo. As early as April 2014 we knew the Hollywood tradition of making characters of all backgrounds ethnic European would continue to manifest. So, what is a conscientious filmgoer to do? 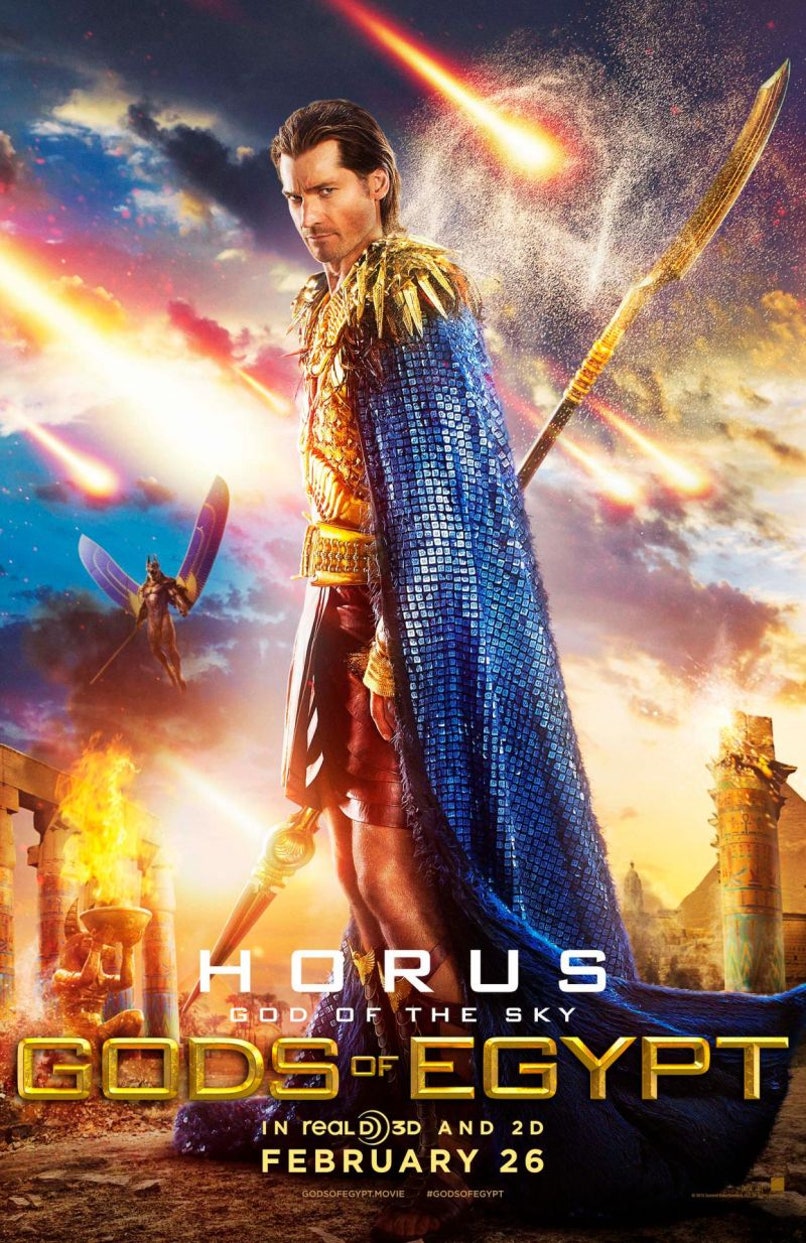 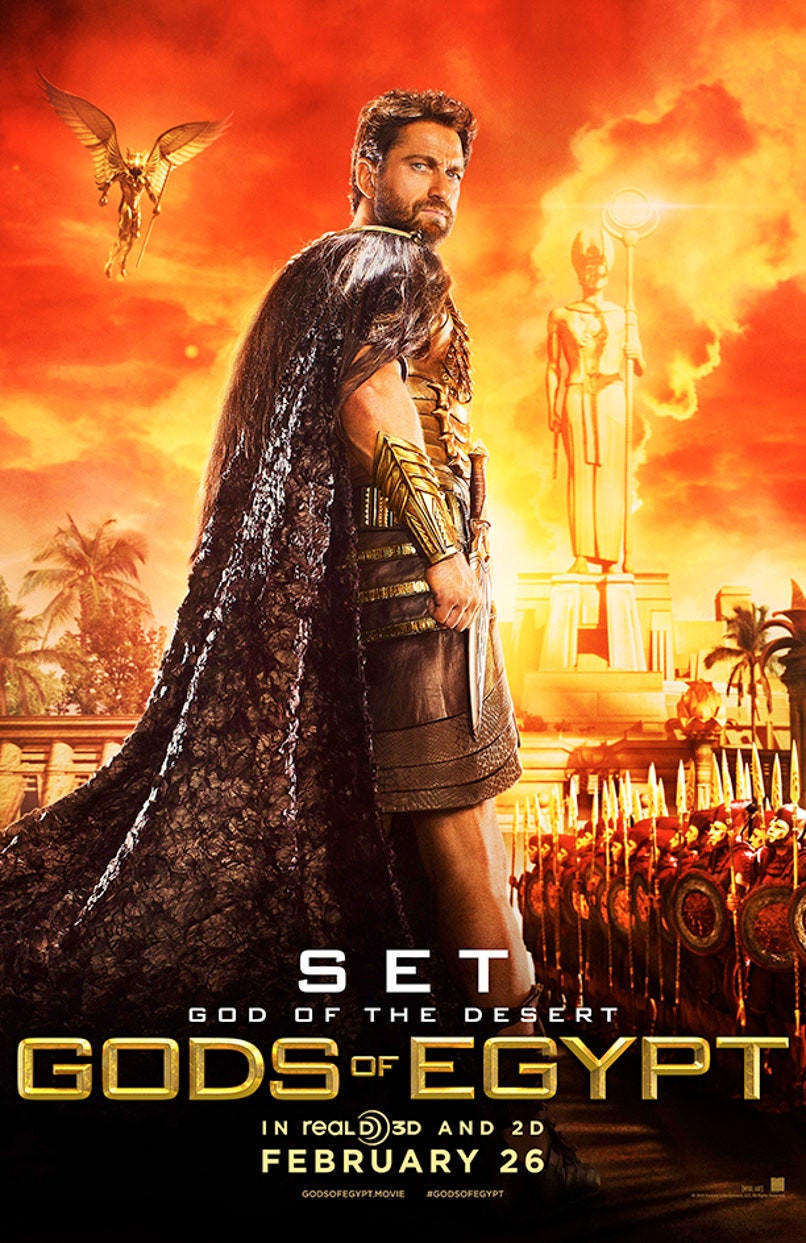 Well, we can decide to not go. Honestly, thats the best weapon at our disposal.

However, unless a vast number of likeminded film buffs decide to pass on Gods of Egypt in mass, Lionsgate Films and the like will posture in artistic license to cast whomever they chose and, failing that, feign racial ambiguity even in the face of the overwhelming whiteness of a cast that is meant to portray deities crafted in the faith of Africans of antiquity.

I would bet a paycheck that the casting director of Gods of Egypt was all smug with satisfaction because they cast our main man Chadwick Bosman as Thoth, God of Wisdom. But they need not dislocate any shoulders while patting themselves on the back.

Horus is being played by Nikolaj Coster-Waldau. While we love him in “Game of Thrones,” his lack of melanin is glaring considering hes playing a god whose likeness is noticeably brown and black when illustrated amid the hieroglyphs of old Egypt. Gerard Butler was the man for his portrayal of Leonidas in 300, but imagine the disdain that would have ensued if Denzel Washington was cast to star as the obviously Greek character.

It’s bad enough that closeted bigots disguised as sci-fi fans were all in a tizzy over the casting of Idris Elba in the minor role of Heimdal in Marvels Thor films, Michael B. Jordans Human Torch or the utter ridiculousness that ensued when actor John Boyega was revealed as a key lead in the highly anticipated Star Wars: The Force Awakens film. Claims of a secret agenda promoting the extermination of White folks proliferated the Internet and tickled me to all hell.  The “BoycottStarWars” hashtag was just laughable.

However, these cultural miscues go beyond simple casting choices and are indicative of White privilege in cinema. According to some, only White thespians are privileged and fortunate enough to be cast as characters of different racial and ethnic groups while being able to claim racial ambiguity.

This is true with few exceptions.

When Michael B. Jordan was cast as Human Torch in Fantastic Four the ethnicity of the character was all many reporters, columnists and critics would talk about.  Similarly, when fans began lobbying for actor Idris Elba to play the role of James Bond, White folks went out of their way to explain why he couldnt. Bond author Andrew Horowitz posed that Elba was too street to play the British secret agent. In doing so, Horowitz actually reveals his ignorance to the diverse tapestry that has been Elbas career.

The only street role he played was in the critically-acclaimed series The Wire. Nothing else hes done could possibly be called street. The only distinction between Elba and current Bond star Daniel Craig is skin color.

Yet if Horowitzs bigoted assumptions were taped to his front door they would still go unclaimed.

As people of African descent who love big budget films, it is a constant slap in the face to have to remind major motion picture studios of our history, humanity, validity and ability to play any role no matter the color. White folks dont have to worry about such things. Robert Downey smooth got away with doing Blackface and we all laughed at it.

That is the very definition of White privilege.