By all accounts, Molly Schiot never intended to be a sports historian. As a director based out of Los Angeles, her credits include witty films, music videos, commercials, and even a character as a housewife in a short film called Wonderfluff Sandwiches.

So when she ventured to write Game Changers: The Unsung Heroines of Sports History, she stepped outside of her comfort zone.

It all began when she ran across a story about African American women in Washington D.C., who founded the Wake-Robin Golf Club in 1937.

The Wake-Robin story was the foundation to my journey into womens sports, Schiot said.

The Wake-Robin founders pushed to desegregate public golf courses in the D.C. area by drafting and sending a petition to Secretary of the Interior, Harold Ickes. To help pacify their needs, Ickes approved construction of a 9-hole course of an abandoned landfill area in 1939.

While this course provided a place for African Americans to play golf, the women of Wake-Robin continued to push Secretary Ickes towards desegregation. In 1941 he issued an order to make all public golf courses open to all. This spurned into a curiosity about other women in sports who had been long forgotten. She dug into the relics of sports history and found herself a treasure box of untold stories, buried and by all accounts erased.

She first began pitching the story of Wake-Robin to a major sports network to make a film about these women. The idea was rejected, but Schiot now had an abundance of womens sports stories to choose from that she continued to pitch. However, the ideas continued to get to rejected.

I thought they were all really interesting and compelling stories, but none of them got picked up, she said. So I took those six original stories and used them as the springboard to an Instagram account.

The Instagram account, @UnsungHeroines, which describes itself as, Celebrating RRAADDIICCAALL women that changed the game, became an epicenter of her focus.

I wanted to streamline all of these older stories that had been archived into a more modern day format, Schiot said.

The goal was to give the women a more contemporary soapbox, so people could have easy access to their stories and what these women looked like.  The account does not only cover athletes, but women across the board in the world of sports: coaches, sports reporters, and activists to name a few.

@UnsungHeroines started to grows over the last two years, boasting almost 20k followers. Schiot inadvertently tapped into a market of people interested in learning not just about sports, but womens sports history. While the account has received overall support, some were dismayed to see stories featured about certain women with troubling views and behavior.

Mary Bacon, a thoroughbred jockey in the 1960s-70s, was one that many felt should not have been celebrated.

During the 70s, she attended a Ku Klux Klan rally, and she was a keynote speaker, pushing for a white America, said Schiot. I included that in the biography about her and people immediately let me know that they were upset with me writing about her. I kept hearing, Shes not a heroine.

Because of the name of her instagram account, Schiot concedes that it has cornered her to only write about positive elements of these womens lives.

I think history is important regardless, and each time Ive posted about a woman that has done horrible things, I will always put a disclaimer that in no way is this person a heroine and that I dont condone their behavior, but that this is that persons story.

She attests that the majority of the women she writes about are amazing. She does not believe it serves womens sports history justice to sugarcoat any bad elements the past.

Being a feminist means embracing women as people with all of their shortcomings and complexities, said Schiot. Some of them in the instagram feed could not be the best people, but I think its important to remember that they were also a product of their time period.

She argues that while some of these women might not make the best role models today, back then they were accomplishing things unprecedented and pushing against gender stereotypes and roles.

What resulted from her collection of instagram posts, was her book.

If you think about coverage of womens sports now, its still greatly underrepresented, said Schiot. Imagine what it was like in the 50s and 60s. Now take it one step further. Imagine being a women of color where you were not allowed to play at public courses or courts. The documentation of those women were few and far between.

In between the stories are interviews between 21st century sports stars like former captain of the U.S. Womens National Soccer Team Abby Wambach and Margaret Dunkle, who was the first Chair of the National Coalition for Women and Girls in Education and one of the main forces behind Title IX.

Wambach begins the interview acknowledging Dunkles accomplishments, expressing gratitude for her hard work. Dunkle responds, When I see you and your accomplishments, I say, This is one of the things we were working for. When youre on TV, when young girls look at you as the leader of tomorrow, thats what its all about, so thank you. 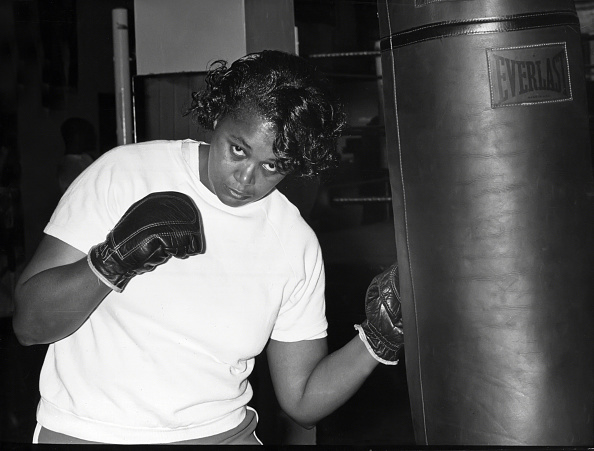 The overall tone of the book is one of admiration for women in athletics and for women who overcame hardships. It pays respect to a time when women had less rights and opportunities and used whatever platform they have to make a change. Jackie Tonawanda, aka the Female Ali, was the first woman to box in Madison Square Garden. She knocked out male boxer Larry Rodania in the second round in 1975, defying stereotypes. She later became one of Muhammad Alis bodyguards. Her tenacious spirit opened the door for women in boxing.

Just like the instagram account, the book is easy to digest, with only a page of text dedicated to each woman honored. The content is rich enough in the few paragraphs though to make a reader want to learn more about each woman.

The book delves into the stories of women who played less mainstream sports, such as sailing, skateboarding, pool,  flying airplanes, and mountaineering.

Its hard not to feel fascinated by the stories of these women. More importantly, those who take the time to flip through the pages of the book will feel inspired.

Game Changers simply breaks down parts of sports history that generally would be ignored. And had Schiot not randomly come across the story of the women of Wake-Robin, its possible that this book would cease to exist.

As she writes in the opening, Its not until I started this project that I, someone who labels herself a proud feminist, came to the uncomfortable realization that womens stories have always been there It is our job to tell and remember them [women], and that is what I hope to achieve with Game Changers…Every field we step on, every finish line we cross, is for them.