Matt Ryan’s gun-slinging ways are what many people believe are responsible for the Atlanta Falcons being in the Super Bowl. Others will point to the Falcons’ defense as being capable of containing other high octane offenses.

However, we can’t forget the two running backs who have gone from being considered something of a weakness at the start of the regular season to being major reasons why they’re one of the final two teams competing for this year’s Super Bowl crown. 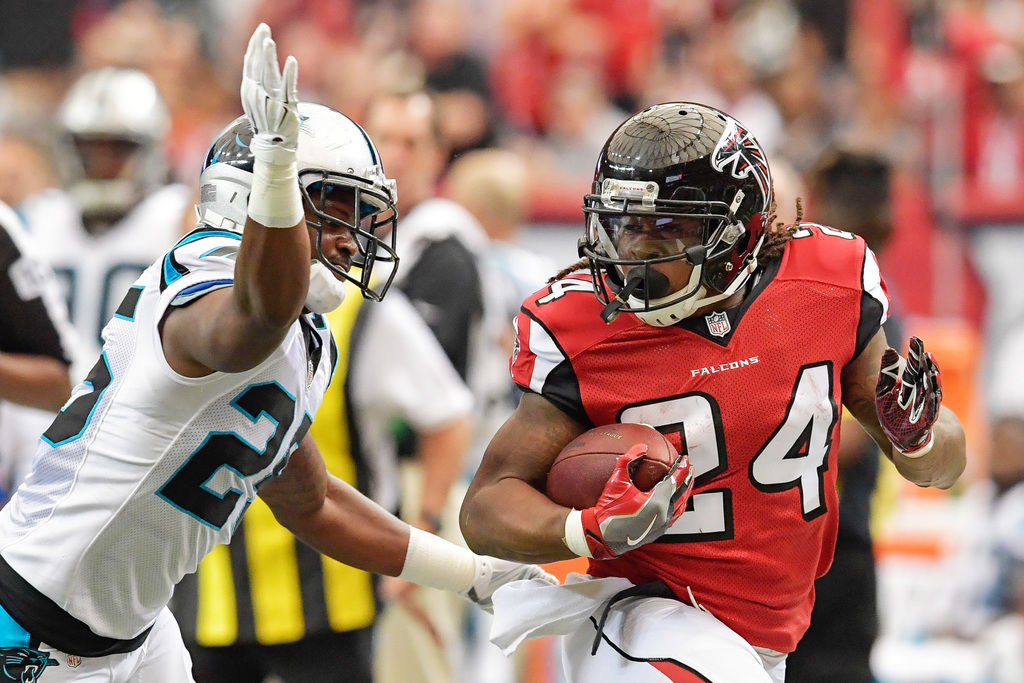 The Falcons running game went from being tied for fifth in the National Football League with 62 negative yardage rushing plays in the regular season, to only allowing their backs to be tackled behind the line of scrimmage four times during the playoffs.

They were also ranked 19th in the NFL on third down conversions during the regular season, but didn’t face any third and long situations during games against the Seattle Seahawks and Green Bay Packers in their playoff run towards Super Bowl 51. In order to prevent the New England Patriots safeties and linebackers from helping in coverage on slot receivers, and to keep the entire defensive secondary from keying in on their exceptional wide receiver Julio Jones, the Atlanta Falcons must run the ball.

Devonta Freeman plays a large role in that equation, having rushed for 1,079 yards and 11 touchdowns during the regular season, as does change of pace back Tevin Coleman, who ran for 520 yards and eight more scores. This dynamic duo is as equally responsible for Atlanta’s effectiveness on offense as the Ryan, Jones and their other slept-on weapon, wide receiver Mohamad Sanu.

Additionally, Freeman is a very capable receiver out of the backfield, with only Pittsburgh Steeler Le’Veon Bell’s 616 yards and Arizona Cardinal David Johnson’s 879 yards being better than his 462.

The Patriots run defense was third in the league during the regular season. However, like so many Atlanta opponents this season, New England will be forced to pick their poison. Any miscalculations against the pass or the run will result in obese chunks of yardage being chalked up.

Bill “The Hoody” Belichick will have his hands full in trying to slow down the Falcons explosive attack. After all, he is a mad scientist. So, it’s going to be very interesting to see which coach will be able to impose their will on the opposition.

If Atlanta hopes to prevail, their running backs will play a big part in the equation.