Derek Jeter is still acquiring praise, being honored in front of sell out crowds and breaking records. His money machine keeps rolling along and trickling down to other entities that profit from his greatness such as Topps Company, the world’s leading baseball trading card corporation. 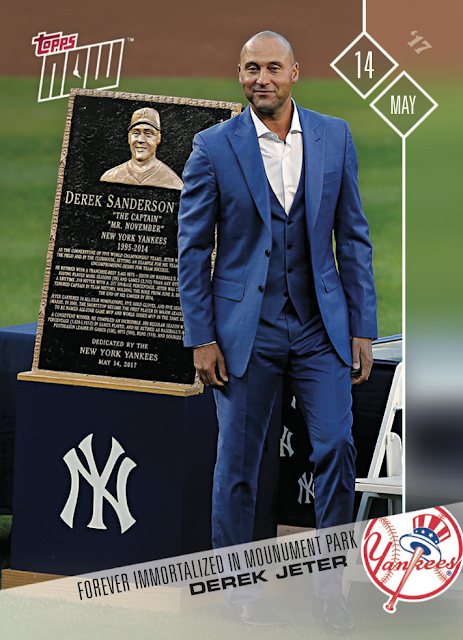 Topps, the exclusive trading card partner of Major League Baseball, created two physical cards commemorating the event for $9.99 each, which were exclusively sold on Topps.com.

Topps NOW captures the greatest moments as they happen throughout the season, and Derek Jeters number retirement ceremony was something that Yankees fans and baseball fans are going to remember for a long time, said Jeff Heckman, Topps Director of E-Commerce. It will be a special part of peoples collections, and we are thrilled to capture the moment.

Along with the base cards, Topps NOW also offered a limited amount of autographed cards, and relic cards that contained a piece of the base used in that nights game that featured special marks dedicated to Derek Jeters number retirement ceremony. Those cards sold out within 30 minutes.

Topps NOW, an on-demand physical trading card program that honors the greatest moments and milestones as they happen, began in 2016. These cards mark the first time Jeter, one of the most collectible baseball players, had a Topps NOW card produced of him.