In Jackie Robinson’s 1972 autobiography, I Never Had It Made, the American sporting legend and trailblazer who broke baseball’s color barrier in 1947 had this to say when reflecting on his first World Series game: “There I was, the black grandson of a slave, the son of a black sharecropper, part of a historic occasion, a symbolic hero to my people. The air was sparkling. The sunlight was warm. The band struck up the national anthem. The flag billowed in the wind. It should have been a glorious moment for me as the stirring words of the national anthem poured from the stands. Perhaps, it was, but then again, perhaps, the anthem could be called the theme song for a drama called The Noble Experiment… As I write this twenty years later, I cannot stand and sing the anthem. I cannot salute the flag; I know that I am a black man in a white world. In 1972, in 1947, at my birth in 1919, I know that I never had it made.”

In a piece published this morning by the Washington Post, former NBA legend, current Historian, author of Writings on the Wall: Searching for a New Equality Beyond Black and White, and one of our great observers of modern social science Kareem Abdul Jabbar wrote, “One sign of the maturation of American society is the willingness of those in the public eye, especially athletes, to openly take a political stand, even if it could harm their careers. The modern era of athletes speaking out began in 1966 with Muhammad Ali refusing to be drafted to fight other people of color. In 1967, I joined with football great Jim Brown, basketball legend Bill Russell, Muhammad Ali and other prominent athletes for what was dubbed The Cleveland Summit. 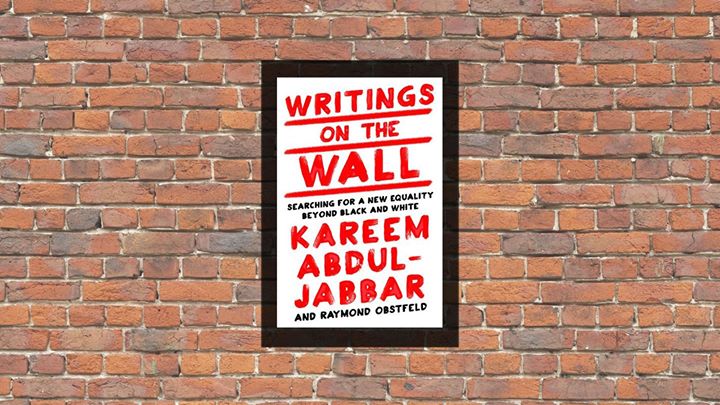 Together we tried to find ways to help Ali fight for his right of political expression. I dont know how much we were able to accomplish on a practical level, but seeing black athletes in support of Ali inspired others to speak out. The following year at the 1968 Olympics, African Americans Tommie Smith and John Carlos raised their fists during the medal ceremony as a protest to the treatment of people of color in the United States. In 2014, NBA players LeBron James, Kyrie Irving, Jarrett Jack, Alan Anderson, Deron Williams and Kevin Garnett and NFL players from the Rams and Browns wore I Cant Breathe shirts during warm-ups for a game to protest police killings of unarmed blacks.” “What should horrify Americans is not Kaepernicks choice to remain seated during the national anthem,” Jabbar continued, “but that nearly 50 years after Ali was banned from boxing for his stance and Tommie Smith and John Carloss raised fists caused public ostracization and numerous death threats, we still need to call attention to the same racial inequities. Failure to fix this problem is whats really un-American here.”

I have relatives who served in the US military, who fought in wars and returned home ravaged in ways physical, mental and emotional. I’m honored by their sacrifice and bravery, yet am not offended when people have chosen to not stand for the anthem, as the great Jackie Robinson once did. My relatives didn’t fight for some symbolic song or a piece of red, white and blue fabric, they fought for the freedoms that the Constitution promises.

And when boiled down to this simple concept, San Francisco 49’ers quarterback’s choice to sit during the national anthem is as patriotic as his teammates who chose to stand, because the Constitution says that every American should be afforded the same rights and opportunities. And when there is a failure of that very basic premise, protest becomes everyone’s duty.

Every young student in this country is taught about The Boston Tea Party, where colonists had finally had enough with their lack of representation in the British Parliament. We watch Eyes on the Prize and hold aloft Dr. Martin Luther King’s powerful words as he lays his dream out at the March on Washington, which have become the lyrical manifestation of the Civil Rights Movement. 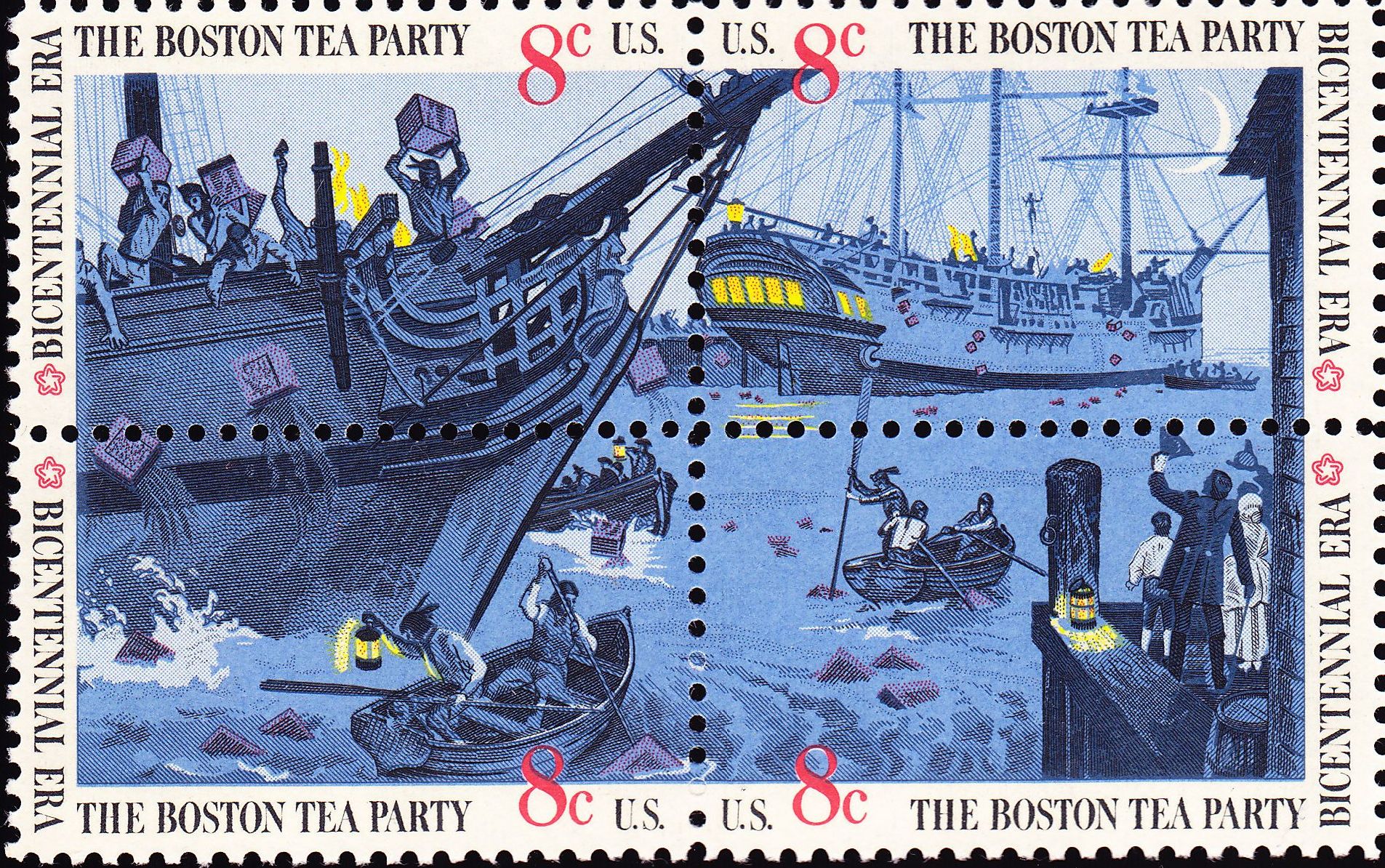 The Woman’s Suffrage movement, dating back as far as the Revolutionary War, protested and fought for women’s right to vote, The Stonewall Riots in 1969 brought the fight for Gay Rights above ground and people had to stand up, fight and die for safe workplace practices, minimum wages and the right to collectively bargain through unions.

Occupy Wall Street protested corruption and greed within the government and the country’s financial system, and there are many other examples that can be mentioned about people who’ve been fed up, who took a stance and said, “Enough is enough!!!”

And today, they’re celebrated for exercising their constitutional rights of free speech.

But Colin Kaepernick is some sort of pariah?

I don’t get it. I mean, I get it, but am saddened by this divisive wall of racism that won’t allow people to get as angry about the injustice being done as they seem to be about his form of protest.

Today, Muhammad Ali is deified, but true students of history will never forget how he was vilified. Same for Kareem Abdul Jabbar, when he boycotted the Olympic Games and later parted ways with the name Lew Alcindor while converting to Islam.

Although his rendition of the Star Spangled Banner at the 1983 NBA All Star Game is now seen as an American treasure, I remember how a large segment of the population was disgusted by Marvin Gaye’s soulful version.

Tommie Smith and John Carlos were cast aside, received death threats and their athletic careers were ruined. The same happened to others like Mahmoud Abdul Rauf, who staged his own protest against the flag and the Star-Spangled Banner, and Craig Hodges, who had the audacity to show up at the White House for the Chicago Bulls’ 1992 NBA Championship celebration adorned in a Dashiki celebrating his West African roots.

Hodges went rogue by handing President George H.W. Bush a letter that outlined the issues of oppression and injustice in the African-American community that he felt needed to be addressed at the highest levels of government.

And shortly thereafter, the man who once hit 49% of his three-point attempts in the NBA could not land another job in the league. All of their stances cost them their career. And that is the position that Colin Kaepernick could find himself in as well.

But let Roseanne Barr desecrate the anthem while grabbing her crotch, like she did in the summer of 1990 while singing it at a San Diego Padres game. Yeah, people weren’t happy, but that didn’t stop her from making a living, from her and her show not being blackballed.

It’s abundantly clear that many Americans want nothing to do with an honest conversation where they get their feelings hurt. It’s almost like dealing with an emotional toddler who can’t understand, or has no interest in the real truth.

Is this really about patriotism and the Star-Spangled Banner?

Because one of a patriot’s fundamental rights is to speak up and protest something that’s not right. That’s what formed the basis of America when we stormed those ships in the Boston Harbor and tossed all that tea from the East India Company into the water in 1773.

Or perhaps the majority of folks, other than having it make them dance and laugh, or help their team win a Super Bowl or an NBA title, have absolutely no desire for the souls of black folks.

And with more and more irrational vitriol mounting, it seems, perhaps, that they just might have no soul at all.