SAN DIEGO Count me out.

As Baseball America prepares for one of the biggest coronations David Ortiz’s final Major League Baseball AllStar Game appearance at Petco Park on Tuesday night it’s hard to figure out how we wound up here.

Ortiz has been embraced, showered with love and praised to the high heavens. In some eyes, especially this sport’s brain trust, Ortiz has become Godlike. There’s just one problem. Ortiz’s name is muddied from one of the biggest scandals in the sport: performance enhancing drugs.

It won’t seem to matter Tuesday night. Many will fawn all over Ortiz when he’s announced to the sellout crowd. It will sound like a rock concert. TV announcers on the national broadcast won’t even mention that he was linked to PEDs. He won’t be chided or criticized.

The narrative will be glowing, nice, suitable for framing, if you will.

It’s wrong. Ortiz should be questioned, probed, forced to answer all the questions that others have had to over this scandal. It’s only fair. It shouldn’t matter if you like a guy or if he plays to the crowd and kisses babies like he’s running for mayor. 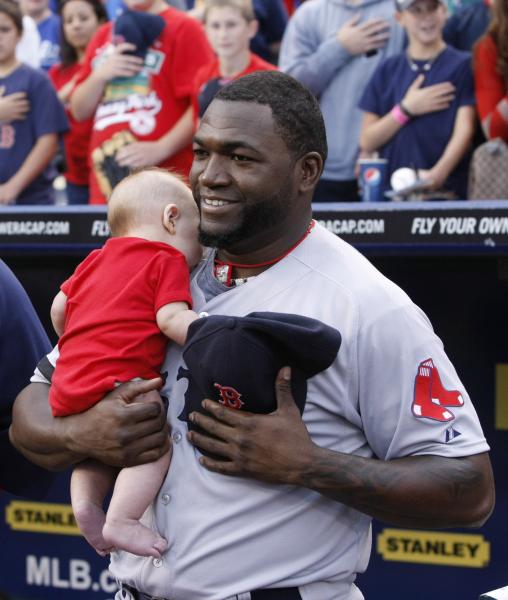 “Hopefully, this AllStar break thing doesn’t go too crazy, ” said Ortiz, who will be making his 10th AllStar Game, his first since 2013 and last of his 20year career. “I don’t know how this is going to be.”

This shouldn’t be a national farewell party. We saw that take place for the New York Yankees’ Derek Jeter in 2014 and Mariano Rivera three years ago. Those made sense. Jeter and Rivera exited the sport unmarked and worthy of full appreciation.

Ortiz is getting the same treatment? No way, no how.

Ortiz’s name was linked to the Mitchell Report. Back in 2009, there was a report that Ortiz failed the drugtesting survey in 2003. Granted, the survey was supposed to be anonymous. More than 100 others failed and their names weren’t leaked. But Ortiz and teammate Manny Ramirez were named. That, of course, wasn’t fair, but the cat was out of the bag.

Mark McGwire, Barry Bonds, Roger Clemens, Alex Rodriguez and Sammy Sosa were treated one way and Mike Piazza long rumored for PED use and Ortiz have been treated another way.

Ortiz has continued to make his case that the report is wrong just about him, that he’s clean and it’s all been a mistake.

This spring, here’s what Ortiz said in The Players Tribune:

“In some people’s minds, I will always be considered a cheater. And that’s bulls. Mark my words: Nobody in MLB history has been test for PEDs more than me. You know how many times I’ve been tested since 2004? More than 80. They say these tests are random. If it’s really random, I should start playing the damn lottery. Some people still think testing is a joke. It’s no joke. Ten times a season these guys come into the clubhouse or my home with their briefcases. I have never failed a single one of those tests and I never will.”

For the record, I’m not one of those Hall of Fame voters that won’t vote for a guy linked to PEDs before MLB officially banned it and set up hard and fast penalties for those who use.

Hence, McGwire, Bonds, Clemens and Sosa have all gotten my vote over the years. I just want all to be treated fair during a rough time for the sport. Either you used or you didn’t use. If you want to treat those harshly who used, you treat all who used the same.

“If one day I’m up for the Hall of Fame and there are guys who don’t vote for me because of that, I will call it unfair, ” Ortiz told the Boston Globe this past spring.

Sorry, Big Papi. Unfair is how others have been treated and you have been able to basically skate.

I’ll be the partypooper at this AllStar farewell. Count me out in the celebration.