My sister taught comedian Dave Chappelle one year when he was a high school student at Washington D.C’s Duke Ellington School for the Arts. When she asked about performing some of his stand-up for the class, a teenage Chappelle demurred. He didn’t want anyone stealing his material, he said.

Protecting his work and being uncompromising as an artist has always been foremost in Chappelle’s mind. So it wasn’t a complete surprise for her when he walked away from his hit eponymous television show in 2005, or the $50 million that came with it, when it felt like the joke was on him instead of him telling the jokes.

Turns out the jokes are on them after all. He signed a $60 million deal with Netflix for three specials, two of which he had in his vault will air today. The first special, “Deep in the Heart of Texas” was filmed in Austin, Texas in 2015 and the second, “The Age of Spin” was recorded last year in Los Angeles.

The third he promises before the end of the year which will be comprised of new material.

“You know what kills more black people than terrorists?” he asks in the teaser for the special. “Salt. Regular ass table salt.”

As usual, nothing is off limits, including OJ Simpson, Nicole Brown Simpson or Bill Cosby. He manages to make intelligent social commentary while still being silly enough and ignorant enough to be laugh-out-loud- funny. What he has always done best is make everyday events ridiculous, like in his 2000 HBO special “Killin’ Them Softly“, when he talked about a baby in the ghetto outside at 3:00 AM selling weed, or a skit about a blind, black white supremacist, or screaming “Wu Tang” in a board meeting when “keeping it real goes wrong” on the Chappelle’s Show.

During his decade out of the spotlight, he bulked up in not-quite Busta Rhymes fashion, but big nonetheless, spent time with his family in Yellow Springs, Ohio, went to South Africa and eventually returned to the basics and the purity of comedy, doing stand-up performances at surprise venues around the country and sold-out shows at Radio City music hall.

“A lot of times when you’re a famous dude, you don’t really feel like a person is actually looking at you. They’re looking at the phenomenon that you’ve become,” he told reporters about the angst he felt around the trappings of celebrity.

His absence didn’t come without a price. Like in the skit on Chappelle’s Show where his son finds Nick Cannon hilarious, he watched his son laughing uncontrollably at Kevin Hart and grew angry watching what he referred to as Key and Peele doing “his show.” 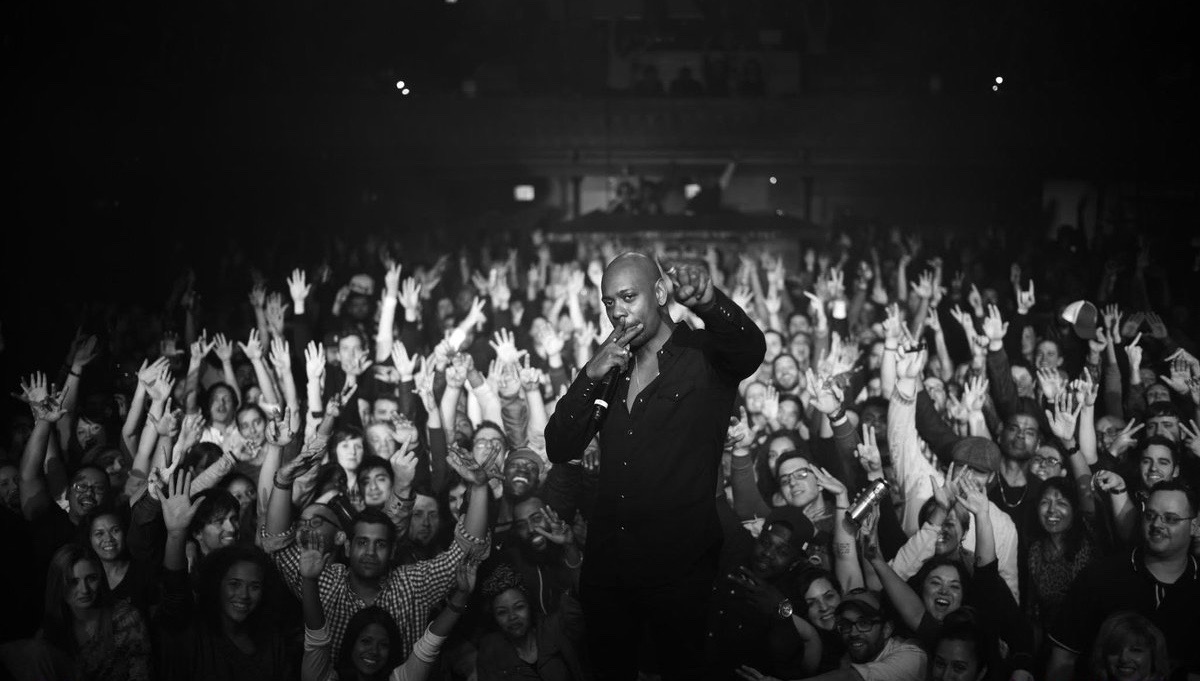 Other comedians like Chris Rock, John Stewart, Donnell Rawlings and Jerry Seinfeld have returned to the pure comedy of performing stand-up.

In the spirit of Richard Pryor, who only filmed four episodes of his eponymous variety show before leaving and performing stand-up again, Chapelle, who as a young comedian couldn’t get a development deal on television, is doing what he does best.

Hes doing it his way, on his time, coming back after a prolonged absence to reclaim his comedy crown while making people laugh right along with him.