In case you were looking to sink your teeth into more NCAA Tournament upsets in the second round, the cupboard was pretty bare yesterday.

The Yale Bulldogs won their first ever NCAA Tournament game on Thursday versus the Baylor Bears and were performing with all the tenacity their mascot would suggest against Duke.  Down 23 points at halftime, Yale executed their offense, locked in on defense and made big shots in closing the gap down to as little as seven points before finally succumbing to the long, taller, more athletic but less savvy Blue Devils.

Sophomore Grayson Allen put in work to the tune of 29 points on 5-7 from 3-point range while freshman sensation Brandon Ingrams 25 points proved just too much for the would-be Ivy League Cinder-fellas to overcome in Duke’s 71-64 win.

Wichita State has a history of upsetting higher seeds and have done so in three or their last four NCAA Tournament appearances.  We bet the No. 3 seed Miami Hurricanes looked like a succulent morsel to the  No.11 seed Shockers coming into their second round matchup.

But Miami PG Angel Rodriguez not only locked up Fred VanVleet, but dropped 28 points on his head to boot. VanVleets backcourt mate Ron Baker also came up short like roach ankles as the Hurricanes advanced to the Sweet 16 by a final score of 65-57.

No. 11 seed Gonzaga is the only team thus far in the second round to carry on the early upset craze of the 2016 NCAA Tournament while stomping on the esophagus of the No. 3 seed Utah Utes. Defense was the flavor to savor as the Bulldogs won easily, 82-59.  But the offense was popping like the Fourth of July as the Zags got 19 points and 10 boards from Domantis Sabonis, 17 points from former Kentucky Wildcat Kyle Wiltjer and a game-high 22 points from guard Eric McLellan, who made 9 of his 12 shots.  Final score 82-59. 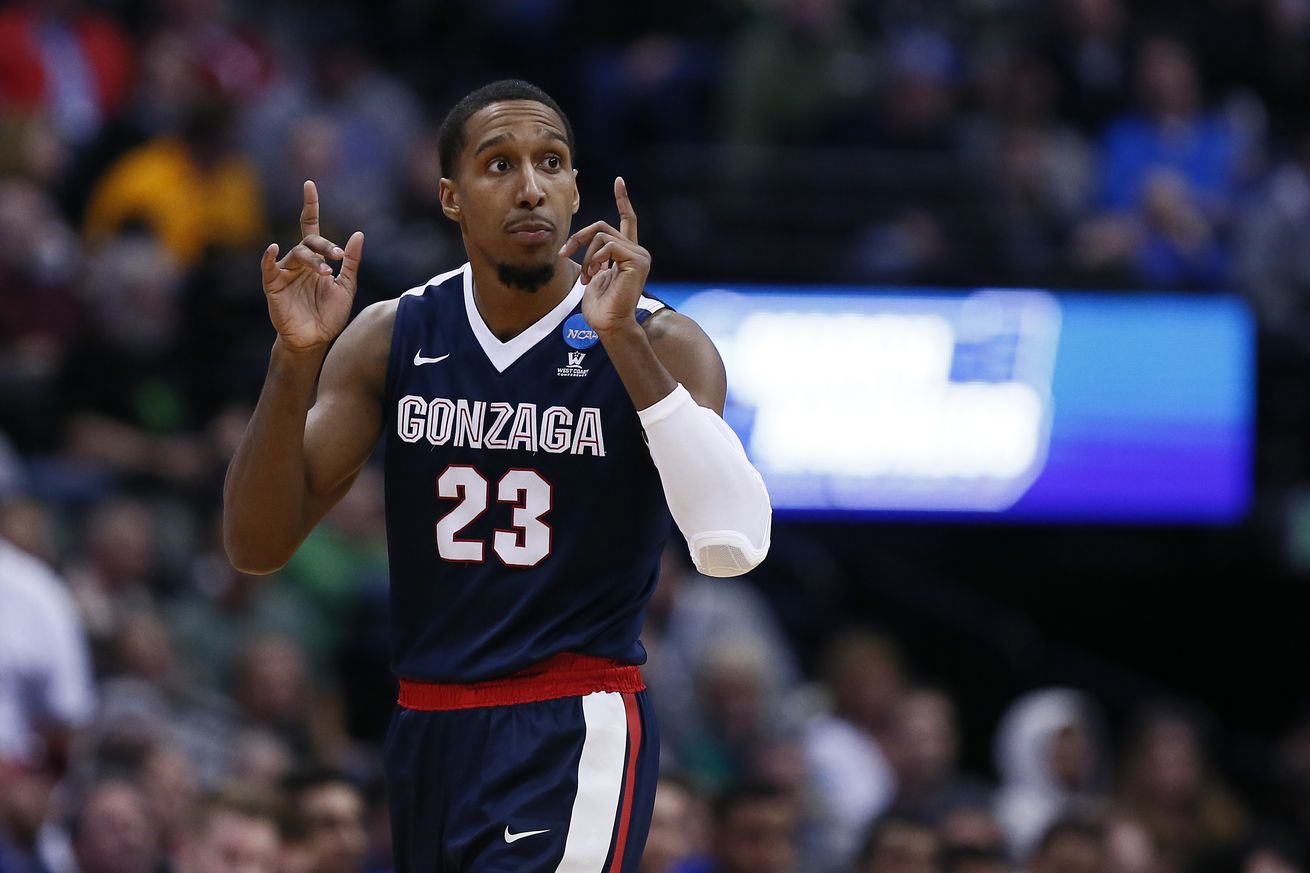 It almost goes without saying that Arkansas-Little Rock was just happy to still be in the game after halftime when they were within 12, but No. 4 Iowa State werent feeling very charitable after that and put their foot on the gas.  Josh Hagins, ARKLRs hero of their First Round victory over No. 5 seed Purdue, was held in check thanks to lunch pail man-to-man defense turned in by Monte Morris. That and 28 points from All-American forward Georges Niang was just too much to overcome.  Final score 78-61.

As expected, overall No. 1 seed Kansas handled its business against Kevin Ollies No. 9 seed UConn Huskies behind Wayne Selden’s 22 points and seven boards and Perry Ellis’ 21 points and eight rebounds in the Jayhawks’ 73-61 win in Des Moines.

Meanwhile, No. seed 9 Butler fought hard against No. 1 seed Virginia, but ultimately fell 77-69. Anthony Gill’s 19 points and eight rebounds, along with Malcolm Brogdan’s exceptional 22-point, five-assist, five-rebound performance proved too much for the Bulldogs, who got their own special performances by forward Roosevelt Jones, who finished with 18 points and five boards, and forward Andrew Chrabascz, who led all scorers with 25 points.

The game of the night belonged to No. 5 seed Indiana and No. 4 seed  Kentucky. These two bastions of college basketball duked it out in in a game that was way closer than their 73-67 score would lead one to believe.

Hoosiers freshman forward Thomas Bryant scored 15 of his 19 points in the final eight minutes of the game as the Wildcats implemented a hack-a-Thomas strategy that backfired big time. Kentucky guard Tyler Ulis did all he could to try and help the Wildcats avoid going home, scoring 27 points, but it wasnt enough as the senior leadership of Indiana PG Yogi Ferrell helped thrust the Hoosiers into the Sweet 16 for the first time in three years.

The last game of the night carried the potential for more NCAA shenanigans, but Roy Williams’ North Carolina Tar Heels weren’t having any of it. Star Friar Kris Dunn, the projected first point guard expected to be taken in the upcoming NBA Draft, dazzled with 29 points, but it wasn’t nearly enough to overcome the balanced UNC attack, which was saw four of the squad’s starters, Marcus Paige, Brice Johnson, Joel Berry and Justin Jackson score in double figures, led by Johnson’s 21 points and 10 rebounds.  The Tar Heels advanced to the Sweet 16 with their 19-point blowout victory, 85-66.