In every one of Americas major league sports, the pre-draft process is often characterized as a multi-part job interview.

From the offseason amateur all-star games to the professional scouting combines to the individual workouts and face-to-face interviews, each milestone for each draft prospect is an opportunity to impress the right person and convince a team to make that multi-million-dollar investment.

In the NBA, there is a job opportunity on the table right now that is bigger than just a roster spot on one of the 30 teams.

Following the retirement of the iconic Kobe Bryant, the NBA has a vacancy on its list of the leagues best shooting guards and theres a talented crop of twos in the 2016 draft class aiming to fill the void left by the Black Mamba.

If I were asked to consult on this new hire, I would recommend Buddy Hield for the position.

Hield is the 6-foot-5, 212-pound graduate of the University of Oklahoma who won multiple versions of college basketballs National Player of the Year award last season. He was a consensus All-America selection, he was named Big 12 Player of the Year and he won the Jerry West Award, given to the nations best shooting guard.

Hield averaged 25 points per game while shooting 50 percent from the field and 45 percent from three-point territory as a senior, leading Oklahoma to the Final Four where they lost to eventual national champion Villanova.

In the 2016 NBA Draft, Hield is the top shooting guard on the board. In any mock draft worth anything, he is projected to go somewhere in the top 10. Some have Hield going in the top five.

Wherever he lands, after Hield is introduced to his NBA home, all that will stand between him and being one of the leagues top players at his position is air and opportunity. And anybody who paid any attention to college basketball last season knows exactly what Buddy Hield can do when hes given a little bit of space.

But as good as Hield is, one reason why he has such a good chance at being an elite shooting guard from Day 1 is that the NBA has perhaps never been weaker at the shooting guard position.

Ironically, the generation of ballplayers who mythicized Michael Jordan and grew up idolizing Kobe is taking the sport to a place where MJ and Kobes position may have less value than ever before.

Its not just about Kobe retiring, either.

The way the pro game has evolved, point guard and small forward are now the glamour positions. Thanks to Allen Iverson and Derrick Rose, LeBron James and Kevin Durant, Stephen Curry and Paul Pierce and a host of recently past and present stars, the traditional blueprints for NBA point guards and small forwards have been redrawn.

Point guards are expected to score more than before. Jason Kidds are now the exception while Damian Lillards are the rule.

Small forwards are expected to be quicker and more versatile than they once were. Adrian Dantleys are almost extinct while Paul Georges are enjoying a golden era.

As a result, players who would have once upon a time been slotted as shooting guards volume scorers with range, rangy defenders with speed are sliding over to be point guards or small forwards.

And as a result of that, whats mostly left among the shooting guards is an island of misfit talent: Offensive savants with glaring defensive deficiencies, one-dimensional shooters who cant create their own shot, three and D guys, dedicated defensive stoppers, and jack-of-all-trade types who are really masters of none.

Thats not to say there arent any great all-around players at the two-guard position. Klay Thompson of the Golden State Warriors and Jimmy Butler of the Chicago Bulls immediately come to mind.

Dwyane Wade can still carry the Heat on occasion, but hes clearly on the downside of his career. Manu Ginobili can sometimes morph back into the man who gave prime Kobe all he could handle, but hes also near the end of the road. And of course Kobe is gone.

Look at some of the rest of the leagues standout shooting guards:

Houstons James Harden is arguably the most offensively effective player in the world, but he has a reputation for playing zero defense. Torontos DeMar DeRozan is another All-Star on offense who needs all kinds of work on defense.

Clevelands J.R. Smith and the Clippers J.J. Redick are three-point gunners who go for two with only a bit less hesitancy than an NFL head coach.

Bostons Evan Turner was a triple-double threat in college who is more of a 10-5-5 pro.

Memphis Tony Allen and Oklahoma Citys Andre Roberson are invaluable defenders who arent expected to do anything offensively beyond dont turn the ball over.

Who are the NBAs top five shooting guards right now?

Id put Harden at the top of the list, followed by Thompson, Butler, Wade and DeRozan. A notch below them would be Milwaukees Khris Middleton, Portlands C.J. McCollum and Bostons Avery Bradley. Not one member of that second-tier trio has been an NBA All-Star.

I dont see any reason why Buddy Hield cannot play his way into that group sooner than later. 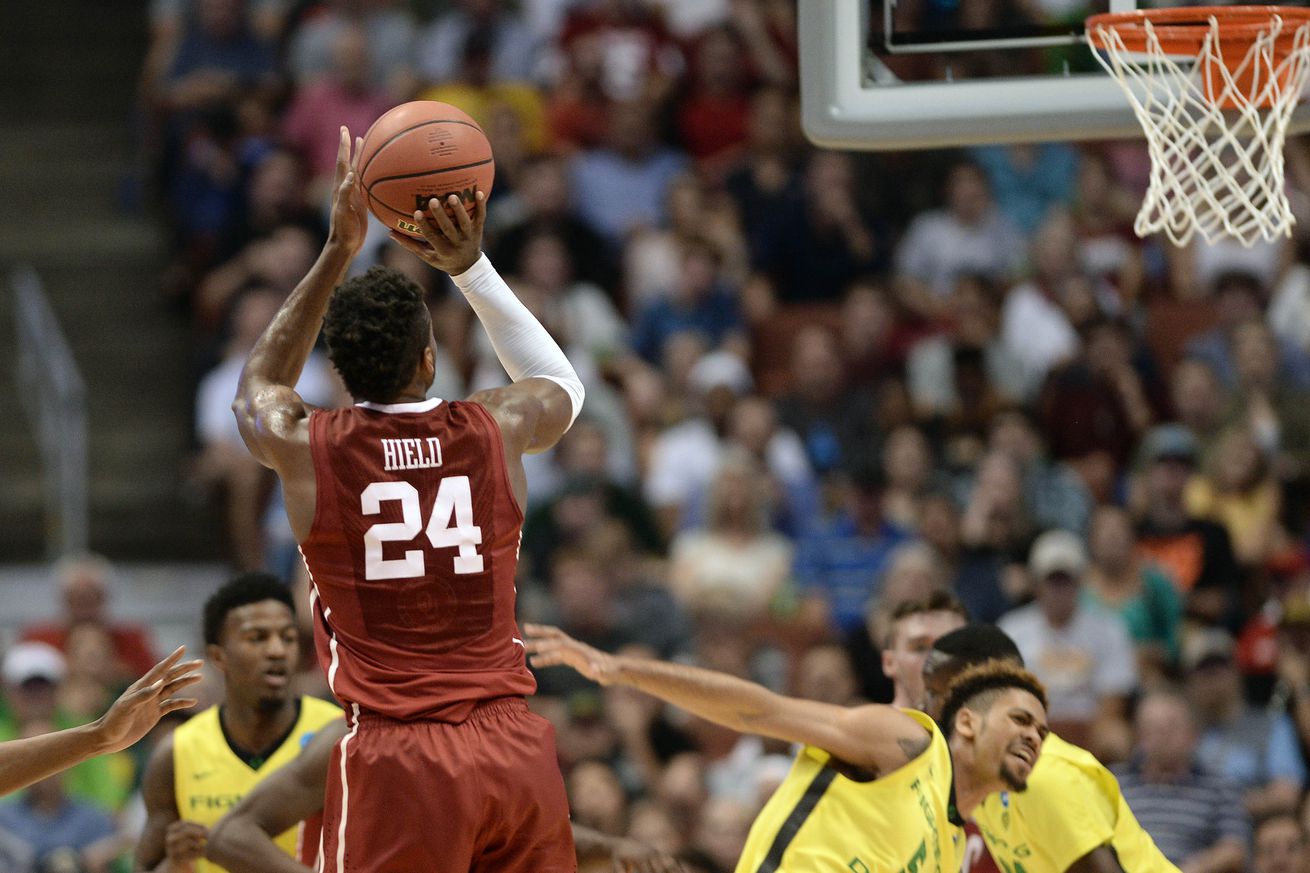 And there might be room for some other shooting guards in the 2016 draft class:

Jamal Murray, Kentucky Another one of a growing crop of young basketball phenoms from Canada, Murray averaged 20 points per game on a loaded (as usual) UK team and made 40 percent of his threes. A lot of scouts project him as a point guard in the pros, but his natural position is at the two.

Denzel Valentine, Michigan State Hes been compared to Brandon Roy, for both good and bad reasons. The good comes from Valentines polished all-around skill set and knack for hitting clutch shots. The bad comes from his history of knee injuries that observers fear will eventually cut his career short.

Malachi Richardson, Syracuse Although the freshman Richardson was a full-time starter for the Orange, he wasnt looking like a one-and-done type or a first-round pick until the NCAA Tournament. Richardson dropped 21 points in the second half of Syracuses Elite Eight matchup with Virginia, carrying the Cuse to a surprise Final Four appearance.

Malcolm Brogdon, Virginia Understated and predictably underrated. Brogdon doesnt pop off the stat sheet or command the highlight reel, but hes solid in every aspect of the game. Hes strong and fundamentally sound and routinely made crunch-time plays on both ends of the court for the Cavaliers.

Caris LeVert, Michigan His playing style reminds me a little bit of Tracy McGrady, and unfortunately, so does his track record of nagging injuries. When hes healthy, though, LeVert has the passing and playmaking instincts of a point guard with a shooting guards ability to score in the lane and knock down jumpers.