A 1-5 start for a franchise coming off a Super Bowl run will have everyone playing the second-guessing game. With losing comes an all out assault on the coaches and the offseason personnel decisions made by the front office.

When an NFL squad is successful, all praises usually go to the supreme signal caller for that team. And when things are looking funkier than your grandmas drawers, the QB gets questioned, criticized and dissected by fans, media and his own teammates.

Cam Newtons terrible season hit a new low in last weeks 41-38 loss to the New Orleans Saints. Its not even that Newton and the offense played poorly, but that vaunted defense minus Josh Norman got torched by a washed up Drew Brees. The team is malfunctioning on all cylinders right now because that was a game they most definitely would have won in either of the last three playoff seasons.

When you go from 15-1 to 1-5, the nitpicking and advice from fans, social and national media begins. Lately people have been suggesting that Cam’s rugged style of play is hurting himself and his team. The dual style hes been implementing and killing with for the past five years has now come into question following some vicious early-season hits that Cam has endured, which most people feel has limited his effectiveness and contributed to his teams poor performance in games. To suggest that Cam change his style is logical but totally improbable and he told everyone why when asked by a reporter if he may need to conform his gangster to live less perilously in the NFL.

My edge is running the football inside the tackle, said Cam, who has been criticized for his fearless, aggressive and pro-contact style and not sliding or running out of bounds on certain plays. Thats who I am, Cam insisted. That is me.

Newton dismissed any chance of changing his game, but not because of ego or selfishness. He says he realizes where his strengths lie as a QB and what he needs to do to give his squad an advantage that other teams dont have at the position. He humbly credited guys like Detroit’s Matthew Stafford and Green Bay’s Aaron Rodgers for their pocket presence and accuracy with the football, admitting that they possess skills, he doesnt have.

Cam also said he wished he could make winning games look so cool and easy like Tom Brady.

The best thing about Newton is that at certain times he can be all of those things, but his toughness, athleticism, leadership, intelligence and the intimidation factor he carries with him at QB allows him to introduce a dynamic to the sport that is unique to him. 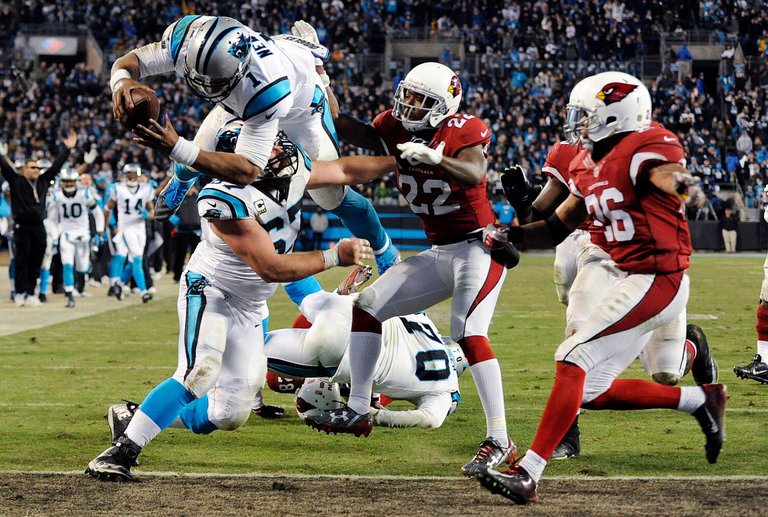 (Cam Newton will be gunning and running against Arizona on Sunday)

He says he wont compromise that and thats good news for the Panthers who will need Cam to be at his highest potency over these last 10 games of what has been a miserable season for the defending NFC champs.

The road back to the Lombardi faceoff is possible despite the murderous schedule that lies ahead for Cam and crew. Games against NFC South leader Atlanta, Washington, Kansas City, Oakland, New Orleans again and the Seattle Seahawks loom. They need Cam focused, smiling, dabbin’, diving or whatever makes him feel indestructible to pull off a minor miracle at this point. It’s desperation time in Carolina. 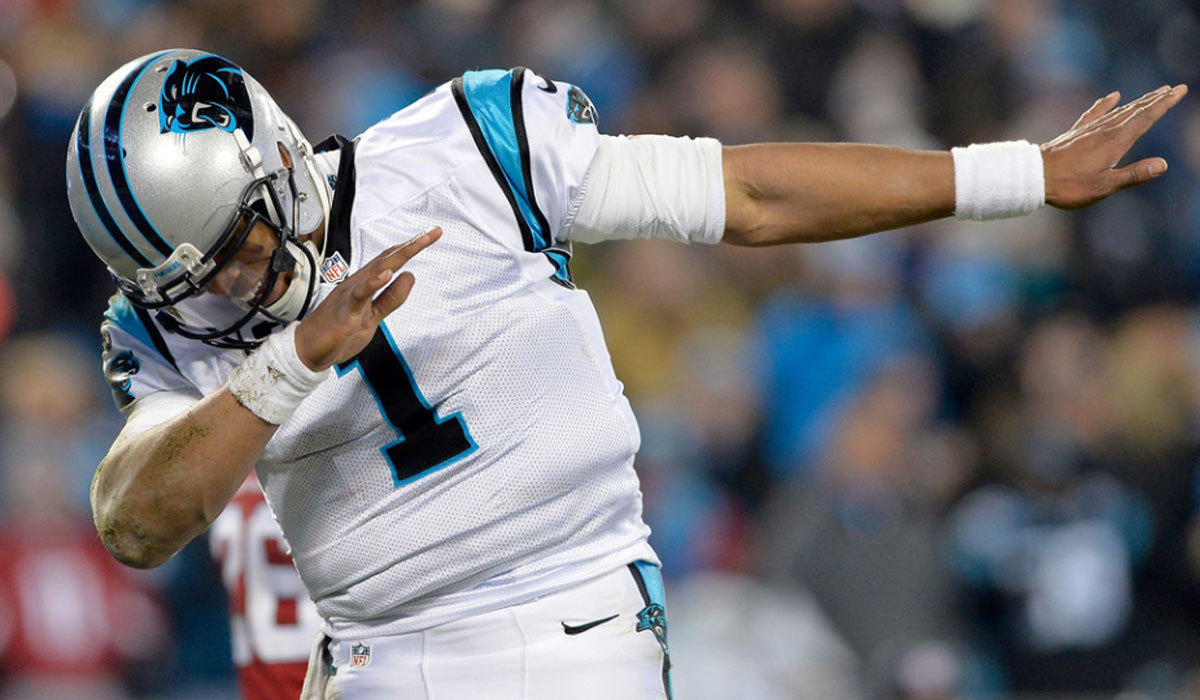 While Carolina has been known to make late season runs in the past, right now everybody just needs to let Cam play his game for better or for worse, because when the smoke clears, head coach Ron Rivera, his talented team and his high-priced, super celebrity QB can’t be at the bottom looking up.  That would be unacceptable.