Turning on the television to watch NFL football over the last month, it was evident that breast cancer had taken root in the world of sports with the proliferation of pink.

Tanya Snyder spearheaded the NFL to bring awareness to breast cancer. Her husband, Daniel, bought the Washington Redskin in 1999. That same a year, sorority in northern Virginia approached the team to partake in a breast cancer fundraiser in October. Their enthusiasm sparked Snyders interest, and she joined the group, helping pass out 8,000 pink ribbons.

The following year, four teams participated. In 2008, the NFL the campaign and partnered with the American Cancer Society. That same year, Snyder was diagnosed with breast cancer.

I had done a self-exam Fortunately, I caught it early, and I am grateful for that, she told the NY Post.

After she had surgery to remove the cancer, Snyder and the NFL started the breast cancer screening campaign, Crucial to Catch, and she became their national spokesperson.

Breast cancer advocates now had the opportunity to reach millions. This partnership was particularly important because breast cancer was seen as a womens only issue. Seeing 300-pound defensive linemen wearing pink took away that stigma.

As with most causes, when a sports league or even a famous athlete shows support, it is likely to garner more support and awareness. While there has been criticism of the NFLs actual monetary contribution to breast cancer research, its important to note that more people than ever are aware of the importance of early screenings and self-exams.

Research has found that 1 in 8 women will develop breast cancer in their lifetime. And as the NFL has taken part to bring awareness to this sad disease, there are female athletes who have survived breast cancer and use their experience to show that it can happen to even those most healthy of bodies.

Novlene Williams-Mills, an Olympic track and field athlete from Jamaica, was diagnosed right before the 2012 Olympics in London. Despite knowing her diagnosis, she competed, helping Jamaica secure a bronze medal. Soon after the Olympics, she had a mastectomy. She was only 30 years old at the time, but caught it early enough.

Now she competes in races to help bring awareness.

I used to wonder, Why me?she once told ESPNw. But when people I had never met told me how I had encouraged them, I realized God gave me this battle to help others. My perspective has been forever changed. There are so many people who struggle with breast cancer, and all sorts of other health issues. Now I know that there is always light, its just sometimes hard to find at first. Heather Farr, an LPGA golfer, was diagnosed with breast cancer at age 24 in 1989. The year prior she had begun to feel a pain in her chest, but the doctor told her it was just a benign lump. She was a rising star on the LPGA and continued to play, but the discomfort and pain she endured began affecting her golf game. By the time Farr received a second medical opinion, the cancer had spread to 11 of her 16 lymph nodes.

Farr went through more than a dozen surgeries, including a mastectomy, a bone marrow transplant, and a complex spinal operation. She passed away at age 28 in 1993.

Val Skinner, a former professional golfer and friend of Farr, began the Val Skinner Foundation to raise money. Farrs passing affected the LPGA community greatly as it served as a reminder that breast cancer can happen to anyone. Skinners foundation has raised more than $10 million for scientific research and early detection programs.

There is a particularly special role that athletes and team organizations play in helping bring awareness to cancer. It gives face to something that we cant see with a naked eye and helps continue destigmatize the notion that cancer cant happen to healthy and able-bodied people. It reminds us that taking precautionary measures are smart and can be life-saving. 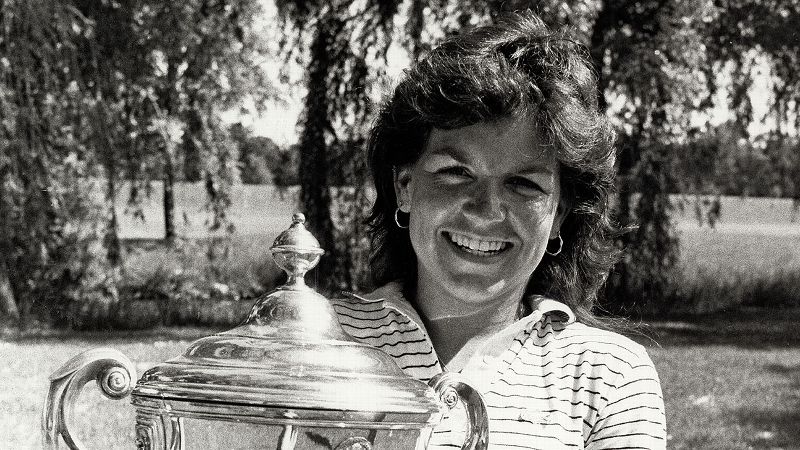 These women in sports are just a few examples of those who have brought awareness to breast cancer in their own unique way and have reached different communities who otherwise never paid attention to breast cancer.