“You can get along very well in this world by simply coming up with a quantity of reasonably valid statements.” – B. F. Skinner

The people of the world are all infected with an unavoidable myopia when examining certain things. One of the responsibilities of journalism is to inject stale conversations with a counter perspective. It is in this manner that discussions that are bogged down by old thinking and old ideas can be given new life. And maybe, eventually a consensus can be reached one day.

Purposefully racist caricatures of American minority groups have been an issue in both professional and collegiate sports for over 100 years. The St. John’s Red Storm were the Redmen, the Syracuse Orange were the Orangemen before each team changed their respective names. Syracuse did so due to pressure from Nike in 2002, as well as pressure from concerned activists and citizens. St. John’s made the name change in 1994. The collegiate sensitivity to the issue is in direct contrast to the utter refusal of professional sports franchises to consider doing the same. After it was revealed that using the images of minorities as mascot like you would a cartoon bird or dog was in bad taste, Florida State issued a formal request to the Seminole Tribe asking for permission to continue using the name, The Seminoles.

Major League Baseball and the National Football League are each soaked in the tradition of the times that spurned them. For example, the Washington Redskins were founded in 1932 by George Preston Marshall, an alleged racist.

Though team ownership has spent millions to convince the public otherwise, Redskins is a horrifically racist name, and the logo is racist too. While a name like the Atlanta Braves isn’t necessarily incendiary, the racist imagery of Chief Nocahoma is so blatant. 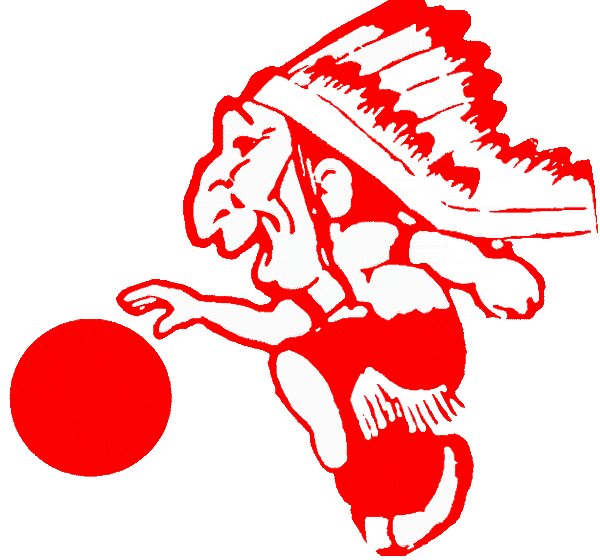 A name like Cleveland Indians is not only archaic since the people who lived in America before Columbus were not Indians, but Chief Wahoo is just ridiculously racist. Though the general protest surrounding this issue has never been louder than it is today, there has been no movement on the side of the owners.

It doesn’t matter that a significant number of football fans are offended by these names and imagery, marketing rights and clothing licensing deals are more important than ceasing promotion of racial stereotypes.

Since there is no law or edict banning such imagery in the league despite it being an affront to common decency, ESPN reporter Bomani Jones went on Mike & Mike on Thursday wearing a custom t-shirt with a logo crafted after that of the Cleveland Indians. Instead, the lettering reads “Caucasians”.

Admittedly, I am tickled to laughter at the sheer genius/lunacy of the endeavor.

It was obviously an attempt at jump starting the discussion about eliminating the remaining logos of disrespect in professional sports. The subsequent shock wave was predictable.

Some folks are all in a lather when confronted with the same paradigm that a large portion of mainstream society finds offensive.

Today, boys and girls, the Sesame Street word of the day is “irony.” Sweet. sweet irony.