On June 26th, actor and activist Jesse Williams took to the stage at the BET Awards to accept a Humanitarian Award. He closed his fiery oration with the following;

“Burying black people out of sight and out of mind while extracting our culture, our dollars, our entertainment like oil black gold, ghettoizing and demeaning our creations then stealing them, gentrifying our genius and then trying us on like costumes before discarding our bodies like rinds of strange fruit. The thing is though the thing is that just because were magic doesnt mean were not real.”

Though coded, the words were razor sharp and jagged, and with good reason. He was speaking about the oftentimes downplayed notion of whites appropriating black culture for their own benefit, wholly claiming it as their own without recognition or compensation for those that originated it.

Coincidentally, just a day before famous whiskey distillery Jack Daniels announced their recipe was actually taught to the founder by a slave named Nearis Green, but he was never given credit for it because of his station in life and skin color. 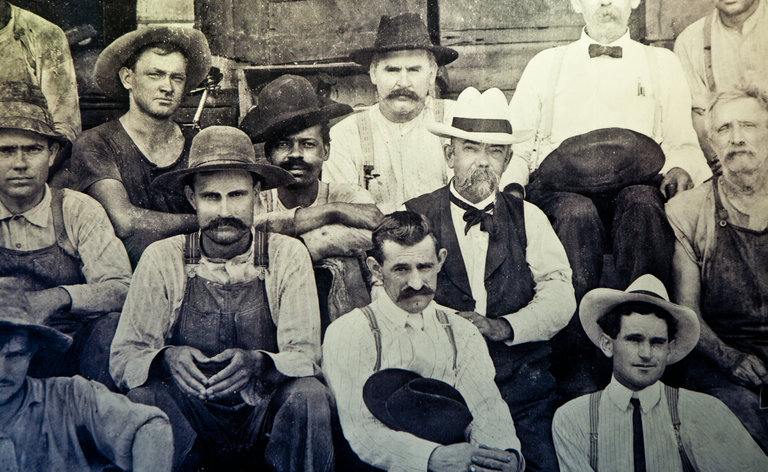 For those paying attention, every generation cites some random white woman as the creator of cornrows and box braids. Years ago it was Bo Derek. Today she is Kim Kardashian. Additionally, wide hips and a “jiggly” booty were something white women in the American mainstream scoffed at not even ten years ago. Today the cosmetic industry is making out like gangbusters on booty implants.

To appropriate is, “The action of taking something for one’s own use, typically without the owner’s permission.”

I remember back in 2014 when I covered an American Music Awards presser at BB King’s in Time Square. My line of questioning for the day was on the appropriation of Black music. I spoke with AMA producer Larry Klein, Will.i.Am. of the Black Eyed Peas, and Lance Bass, formerly of N’Sync.

Each downplayed appropriations as it pertained to black music, and understandably so.  The American Music Awards has made millions off of it, Lance Bass was in a group that sang blue-eyed soul, and Will.i.Am’s Black Eyed Peas only became an international hit after adding a singer with very European features. Nobody outside certain geographic areas were checking for them back in the “That’s the joint, that’s the jam…”, pre-Fergie days, but I was.

So, understandably, neither of them wanted to get deep right then and there. I can’t expect anyone to piss in their own cheerios, rain on their own parade, or anything like that. But the truth, even if unacknowledged, remains as such. Side note, that was the last time I was invited to the American Music Awards.

For me and many others, the way that African culture has been the engine driving much of American culture is a thing of pride. Our walk, dialect, rhythms, vibrations and even our consternation and curse words have become the very definition of what it means to be cool in America. For much of our ancestors’ existence in this country, what we created with our bare hands is all we had to give to the greater society. However, even in dark days, the beauty of our survivor story has shown vibrantly through the lead- lined thunder clouds of oppression. We germinated the seeds that lie in the American cultural soil, seeds that were made arable by our Greats, Great-Greats and Great, Great-Greats, only to watch them be harvested by others.

Multiple historic texts tell the tale of African music in America as being a form of resistance to the demeaning conditions many were forced into. Black music is deemed by some in academia as the only purely American cultural advent that is still relevant today in yesteryear.

Here’s what the great educator, orator and activist W.E.B. Dubois had to say about this phenomenon in his book, The Souls of Black Folk;

Little of beauty has America given the world save the rude grandeur God himself stamped on her bosom; the human spirit in this new world has expressed itself in vigor and ingenuity rather than in beauty. And so by fateful chance the Negro folk songthe rhythmic cry of the slavestands today not simply as the sole American music, but as the most beautiful expression of human experience born this side of the seas.

Chants, incantations and vocalizations that originated in West Africa became the mournful, wailing songs of the field worker which would be transformed into gospel songs, many of which contained secret messages of rebellion and escape, that became the blues, which became jazz, or vice versa.

They were followed by R&B, then funk. Now hip-hop music in the sound of the day.  Each genre was made popular by white patronage and eventually appropriation of said music.

As America cursed our blackness and spat upon our calls for justice, it marveled at the depth of our voices, admired the rhythmic feet that seemed as if a racial right, stared quizzically at the creativity that turned scraps deemed unsuitable for whites into “soul” food, and shreds of cloth into blankets. Void of any fortune to pass on to their children or children’s children, many blacks passed on the gift of music, ingenuity and creativity to their progeny.

From the very beginning, the appropriation of black culture for the enjoyment and enrichment of whites was simply a fact of life. The first people to perform “black” music and get paid for it were whites wearing Black face make up.

It wasn’t until well into the 20th century that individuals of African descent started getting paid anywhere near what one would call a fair wage for musical properties. However, the paradigm in which Black music is seen as “American” music only after it has first been lampooned and belittled by the mainstream, blamed for contributing to the delinquency of innocent white Americans (jazz, hip-hop), blamed for influencing criminal culture (jazz, blues, rock and roll, hip-hop) and for poisoning the minds of its listeners cannot be ignored.

Miraculously, each of the slights against black music becomes less and less pronounced as white practitioners begin gaining acclaim and notoriety. Only then is it deemed truly “American”. But were we not also born here in this land? Did our ancestors not toil in it? Did our forefathers not die in its wars?

American, when it comes to Black folks, seems to mean “white”. I do not blame white people for wanting to perform black music.  I blame a system of supremacy that says a mediocre white performer who plays “black” music gets showered with accolades and record deals while an outstanding black singer is more likely to die in poverty than to be properly compensated.