A lot of you are suffering. You know who you are.

The people who spent hard-earned money on two superhero universe-based films this year, and were disappointed by both.

Weve all talked about both of those films until we were blue in the face and dog tired.

One was better than the other, but neither of them were what most of us hoped they would be.

There is, however, one common thread between the two, upon which almost all of us can agree was the shining light in the darkness of disappointment.

The Dark Knight, in all his formidable rugged, wealthy, high-tech, badass, kick-ass glory.

You could tell from all of the solo scenes that were just Batman beating up criminals, Bruce Wayne being smooth and deceptive, living in one of his various houses with his butler at the ready, that director Zack Snyder really wanted to make a Batman film.

This older Batman who made his way into Suicide Squad, from his fights against Deadshot and the Joker/Harley Quinn duo to his matched repartee with Viola Davis Amanda Waller, was one of the only memorable elements of the film.

We will get the Batman solo film were craving, because hes the most marketable character DC Comics/Warner Bros. has going right now. His comic books are selling the best for the publisher, and the movie wasnt named Superman v. Batman, so we know he was the films major selling point.

But for Batman to have his own film, you need the ultimate villain. Who could be the equal to Batman on screen?

Not The Joker. No snub to actor Jared Leto, but the Joker was underdeveloped as a character in Suicide Squad. No Heath Ledger, The Dark Knight-level complexity there. Nowhere near it.

In a brilliant move, the DC/WB brain trust went through the DC Comics library and pulled out Deathstroke, the master assassin, to be the enemy of The Dark Knight.

As reported in various websites, Batman and Deathstroke will go up against one another in the solo Batman film co-shephered by actor/writer/director Ben Affleck.

So who is Deathstroke?

I know a number of you saw him on the CW Networks Arrow, but forget that. DC/WB is starting fresh, so we can, too.

In addition to Deathstroke being a master assassin, his body and abilities have been developed to superhuman levels due to an experimental drug.

Think of him as Captain America gone bad.

Theres one other thing about Deathstroke, which makes him a perfect enemy of Batman.

Hes in the one percent category, just like Bruce Wayne, the Batman.

This right here, is where it gets interesting.

Two wealthy White men with resources and in exceptional physical condition, in a battle of wits and combat.

One of them, a vigilante who breaks the law to see his opinion of justice dispensed.

The other, a hired killer who breaks the law and takes money to bump people off. Lots of money. Starting in the seven figures-level of money. 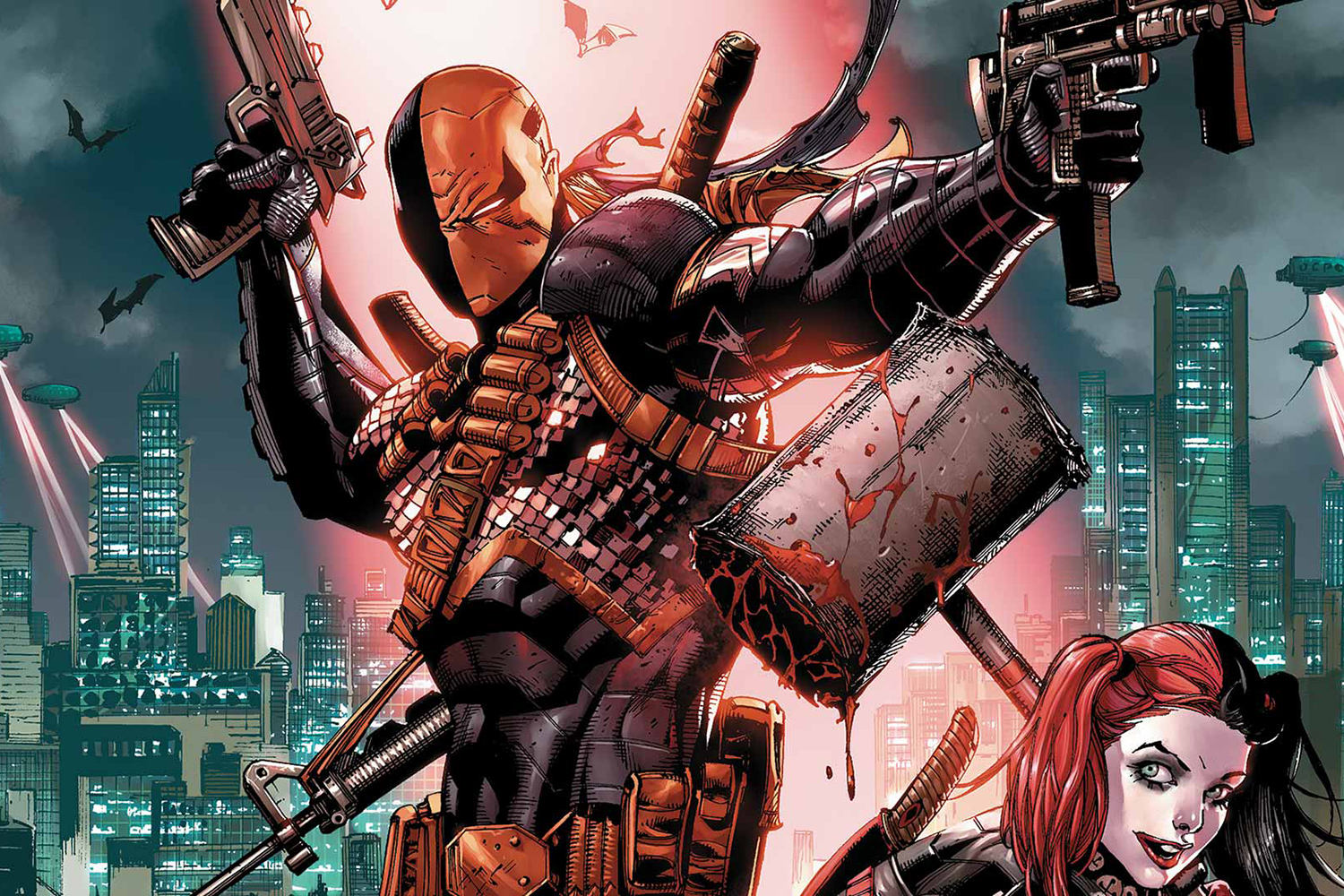 Batman fighting Deathstroke is a battle stemming from entitlement.

Both men feel superior in their philosophies. Batman in his unwavering black and white morality, and Deathstroke in his capacity to decide who deserves to die.

Their positions are reinforced by their fortunes, their lifestyles, and their guardian servants.

Batman has Alfred Pennyworth, and Deathstroke has a man named Wintergreen, whom hes known since the war.

Both men have hubris, from which they can take on their righteous missions. For one, to rid the world of crime. For the other, to dispense the God-like power of death and profit from it.

Its curious, though, because out of all of the superheroes in American comic books, Batman has the most known and probably best Rogues Gallery of villains. Enemies ranging from Joker to Poison Ivy, to Two-Face and Catwoman, to The Riddler and Ras al Ghul. All villains with a point of view that we can understand, just as we understand Batmans point of view for his crusade against crime.

Why, then, does DC/WB ignore all of those villains and match Batman up against Deathstroke?

Because both Batman and Deathstroke represent the fantasy.

In the wake of powerlessness, we see people with money and fame publicly saying anything they want, no matter how distasteful or repulsive, and elevating in society. We look at popular culture, and some of the most intriguing, critically-acclaimed, memorable shows of the last fifteen years focused on gangsters, serial killers, legendary global criminals, and crime lords.

The fantasy is not to be poor or getting by. Not to be shackled by rules while the people who break rules rise in power.

Deep down in the center of our gut, we want to be The Batman. Wealthy, with a faithful servant, physically fit, with cutting-edge technology, and the freedom to vent our frustrations with the injustice of society by going out and beating bad people up. Afterwards, going back to our big house and big bed with satin sheets and getting a good bit of sleep.

Beats working in an office, for a boss you dont like, making less than youd like, doesnt it?

Or we want to be Deathstroke. Dont like someone? Kill them. Get paid to kill people? Even better.

Better than seeing people you cant stand get away with murder, literally and figuratively.

Batman and Deathstroke are symbols of power in a time of powerlessness. Freedom in a time of the systematic elimination of freedoms and civil rights. Wealth in a time of middle class erosion and enhanced 24-hour media broadcasting of the lifestyles of the rich and famous, the eccentric and arrogant, the chic of mediocrity and the branding of the indulgent faux royalty of our time.

These two men will represent the distorted mirror to each other, and to some of us.

We like to make heroes and villains, as long as they represent our deepest fantasies, our dreams of breaking out of our skin and circumstances, taking on secret identities, going out into the world and getting away with anything. 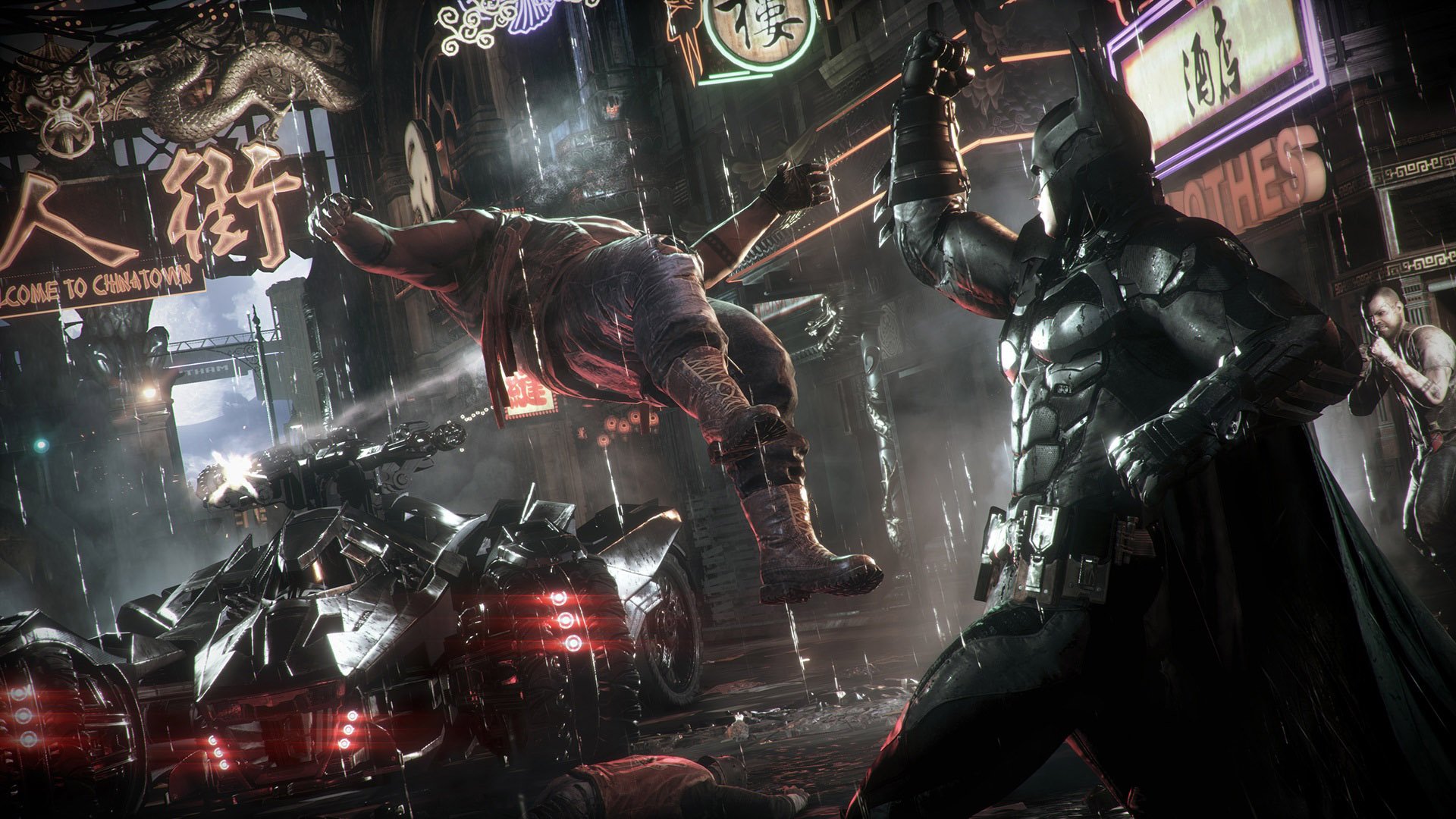 The Batman line at DC Comics represents a group of their top-selling books. Books now being released every two weeks.

Deathstoke, the assassin, has a new comic book series out by DC Comics. Released every two weeks, as well.

The two characters, set up to fight each other in a film coming to you in a few years, are both well-published and presented by their publisher.

Because DC Comics and Warner Bros. know that wealth, war, and entitlement are all marketable.

After all, Ive never heard an adult man say he wanted to be Superman.

But a bunch of us know someone who would love to be The Batman.

These are our twisted fantasies, projected back at us through character, the printed page, and cinema.

Good for us to know, so we can maintain perspective on our entertainment.