CC Sabathia has been collecting awards, breaking records, and since retirement, basking in the everlasting accolades of being the best Black pitcher of his generation and a World Series ace for MLB’s flagship franchise.

His wife, Amber Sabathia has been holding down the family and making power moves alongside the greatest Black pitcher of our generation for the last 20 years.

Now that CC is retired and building his sports and media empire at his leisure, Amber is getting a chance to shine on her own and show the world her abilities and passions, after joining the Creative Artists Agency as a baseball agent.

This is not only a power move and a great example of the evolution of the “sports wife,”  but it shows how Black women are entering male-dominated fields and proving that there’s life after motherhood — even if your husband has made hundreds of millions of dollars and is a sports icon.

Amber’s new gig also gives us insight into her marriage and how CC is obviously willing to fallback and encourage her to take center stage and fulfill her personal goals.

The stability of the pro athlete often reflects the support systems he has at home. Amber’s clearly been CC’s rock. It’s obvious that they have a true and healthy partnership.

They are a great example of a well-functioning Black family.

I’ve dedicated my whole life to the game of baseball. Nobody has been more supportive and influential than @ambersabathia. So proud of this next chapter for you. If you need me, I’ll be in full-time dad mode on the golf course with some Js on 🤣🤷🏾‍♂️. She’s built for this!! pic.twitter.com/kqYMDB0FXh

Throughout their 19-year marriage, Amber has been a major part of CC’s Hall of Fame career, from taking care of their four children to providing emotional support to coordinating the many foundations and community enhancement initiatives he’s been involved with throughout his career. 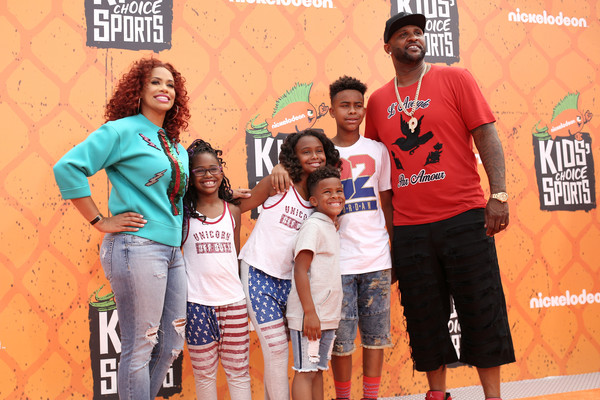 On Tuesday morning, she announced on her Twitter page that she would be joining the CAA Sports team.

Since its inception, the division has accrued around $4.1 billion worth of contracts.  Some of their clients include two-way phenom Shohei Ohtani, Jack Flaherty, Marcell Ozuna and Hunter Greene, who is one of the top prospects in the Cincinnati Reds organization.

It was reported that she interviewed with four other agencies before deciding to join the CAA.

CC is one of just 15 Black Aces (Black pitchers who have won 20 or more games in a season) in MLB history. He’s part of an exclusive fraternity, and his 251 career wins and 3,093 strikeouts, have him on a collision course with the Hall of Fame.

He is also the current Vice President of the Players Alliance, which is in its second year. Recently, more than 200 players involved in the organization decided to donate their game-day salaries to support social justice on Jackie Robinson Day.

As far as The Sabathia’s go, it’s not about CC anymore. It’s Amber’s time to shine and her future Hall of Fame husband’s turn to put on the pom-poms, support his wife’s dream to become an All-Star baseball agent. Son, Carsten, a baseball beast currently in high school,  will probably be one of Amber’s prime clients in a few years.