Kanye West once rhetorically asked ‘What does it take to be a legend like Nas is?’, but many of the current stars in the National Basketball Association were asking that very same thing about Allen Iverson during their Grammar School musings 20 years ago.

This weekend, Iverson, along with Shaquille O’Neal, Yao Ming and others, is being inducted into the Naismith Memorial Basketball Hall of Fame in Springfield, Massachusetts.   There are athletes who eventually come to define the generation they came up in, and no other player defined the later half of the ’90s quite like Allen “The Answer” Iverson.

Drafted out of Georgetown University with the 1st overall pick by the Philadelphia 76ers in 1996, Iverson would make an immediate impact on the court in averaging 23 points and six assists per game while earning Rookie of the Year.   For the casual basketball fan, it was immediately apparent that Allen could put the ball in the basket very easily, but for others there was a much deeper connection. 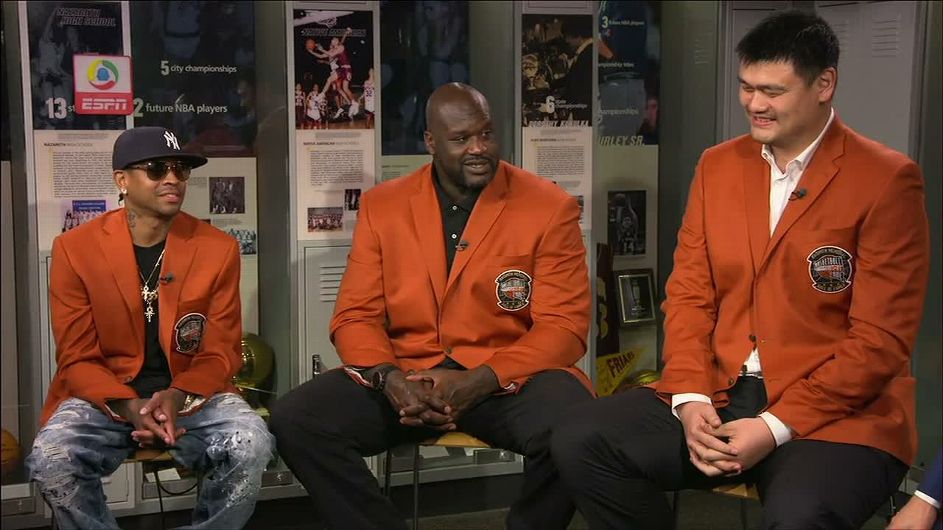 Born and raised in Hampton, Va, Iverson was well-versed in the dynamics of a disenfranchised and devalued community.   Like many of his peers, Iverson used basketball and football to keep his mind right while attending Bethel High.

As a junior he led both teams to state championships.   His promising young life was briefly derailed due to a controversial brawl at a bowling alley where Iverson and his friends were accused of instigating a fight with group of white teens.  A.I. was accused of striking a woman, a charge he vehemently denies to this day.

Only Iverson and his three friends were arrested, but A.I. says he left as soon as the fight broke out. The then 17-year-old was tried as an adult and convicted of maiming by mob – a law that was created to combat lynching.

Who remembers that Reebok commercial from Allen’s second year?  The one where he was alluded to as being a bird freed from a cage?  Yeah, well that analogy definitely hit close to home. He began to immediately make fans in the Notorious B.I.G./Tupac Shakur era of Hip-Hop while gaining criticism from the established NBA hierarchy.  Everything from his tattoos and braids to his crossover dribble, were considered sacrilege by the prognosticators and retired NBA stars.

So much so that a dress code was initiated and his signature hesitation crossover was banned. He was lambasted for refusing to acquiesce to the status quo.

His best individual season was his MVP campaign in 2000-2001 in which he averaged 31 points, which made him the smallest MVP in NBA history, and led Philly to an NBA Finals appearance  that resulted in a loss, 4 games to 1, to the Los Angeles Lakers.

Early on, very few older people showed love for A.I.  Even the refs were alleged to have been involved in a conspiracy against him, which was brought to light in disgraced former referee Tim Donaghy’s book Personal Foul: A First-Person Account of the Scandal that Rocked the NBA.

Maybe it was the rap album he never dropped, maybe it was his Hip-Hop demeanor, or maybe it was the fact that he was an confident young man who stayed true to his roots, but the status quo did not like Allen Iverson.  However, they would come to love him as one of their own and that love was solidified with his first ballot induction into the Basketball Hall of Fame.

His career averages of 26.7 points, six assists and four rebounds per game make him a legend, but what was he? A shooting guard? A point guard?  He excelled at both positions so it’s hard to be certain, but he is undoubtedly the greatest little man in the storied history of the National Basketball Association.