Nobody ever told me that Memorial Day was created by freed slaves on May 1, 1865.

What makes it even more peculiar is that I came up in an inner city public school system with a relatively large number of “conscious” black teachers and instructors. I wasn’t aware of this until well into adulthood. It wasn’t a huge surprise though. We are the ultimate Americans.

The tapestry of American history is indelibly soaked with the hopes, blood, tears and fears of the descendants of African captives. To that end, the Memorial Day celebration that was enjoyed by much of America these past few days is steeped in blackness.

That is to say, like much of the linear idea of history and culture in the United States, Memorial Day was created by the idealism of Black folks. Black soldiers, mercenaries and idealists have been an integral part of every war fought under the banner of democracy and freedom, even while being fully aware that they, their descendants, and their descendants’ descendants, may never fully know neither freedom nor democracy.

In elementary school, many Black students in America are taught about the sacrifice made by Crispus Attucks, a free Black man in Boston, as he was the first person to die for the idea of a free America during the Boston Massacre of 1770. Additionally, we were also taught of the Black regiments that fought on the side of the Union during the Civil War. Indeed, according to that narrative, it seemed like Blacks were given the opportunity to fight for their own freedom against those who would see them thrust in chains and forced into servitude. 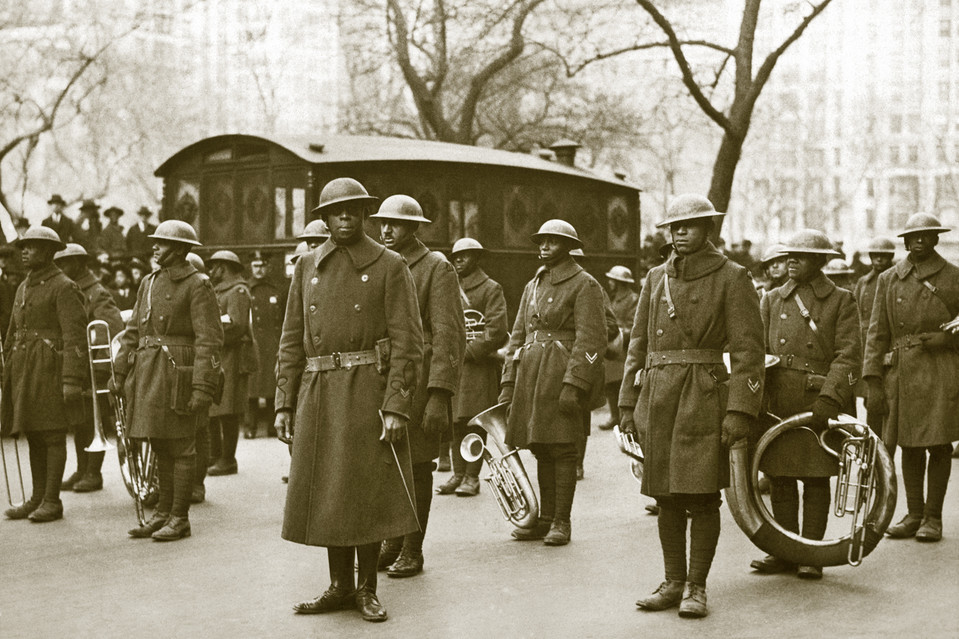 And I can still recall those beautiful black and white photos of proud Black men from the 369th Regiment (aka the Harlem Hellfighters) lined up in formation to go fight against the Germans on the Western Front during World War I. And, my goodness, simply mentioning the names of the Tuskegee Airmen still fills my heart with joy.

These visions once inspired me to take my crayons and construction paper to create homage after homage to those men who I was taught fought for MY freedom as a youngster – both black and white.

But as a young, disenfranchised adult, my curiosity led me to several historical omissions that made me see one of my favorite celebrations in an entirely different light. Though Crispus Attucks was the first to die, and many people of African descent fought the British during the Revolutionary War, General George Washington passed an edict declaring Black soldiers could not serve in the Continental Army.

Despite that, more than 9,000 Blacks fought for the Patriots with the promise of freedom in their hearts. Though Blacks did serve in the Union Army during Civil War, it was only as a necessity and there were many in the North who felt giving Black Americans guns would spell the doom for them all.

Also, the true number of slaves who actually fought alongside their Confederate masters to ensure their continued servitude is fuzzy as well. Some say it was as little as a few hundred, while others claim thousands served under the Confederate Battle Flag. Woe is me when I found out the number of Black soldiers who came home to be lynched in uniform by white supremacist southerners for being too “uppity”.

My God, I felt the same when I found out that Tuskegee University, the same institution where the Tuskegee Airmen trained, was the site of the devilish Tuskegee Experiments that took place under the guise of free health care from the Department of Public Health.

Today, as in every year of its existence, the U.S. military flaunts its benefits as a bread crumb to lure poor Americans onto the front lines with hopes of lifting themselves out of poverty and seeing the world. Yet a shameful number end up penniless, drug-addicted and homeless.

Again freedom is the beacon, but this time is economic rather than physical. As in the past, that freedom is hollow. All of these things make it very difficult for me to enjoy this day on face value simply because its pock-marked face is too hideous to behold.

The memorial in my heart and mind is for those who died for this dream with hopes of a future of acceptance, those who truly believed in the idea of American hegemony as the only choice for the Black man, those who just wanted to get out of the hood, and those who died in a hangman’s noose still adorned in dress blues.