On Selection Sunday, before the brackets were announced, The Shadow League caught up with Yale’s 6-foot-8 senior forward Justin Sears, one of the best college basketball players that you might not know about. The back-to-back Ivy League Player of the Year is finishing up a remarkable career, hoping that the Bulldogs can make a magical run in this year’s NCAA Tournament.

The Ivy League’s all-time leader in offensive rebounds, free throw attempts and player efficiency rating, his name is splattered across the conference record books among the top ten in various statistical categories including minutes played, field goals, field goal percentage, rebounds and blocks, among others. 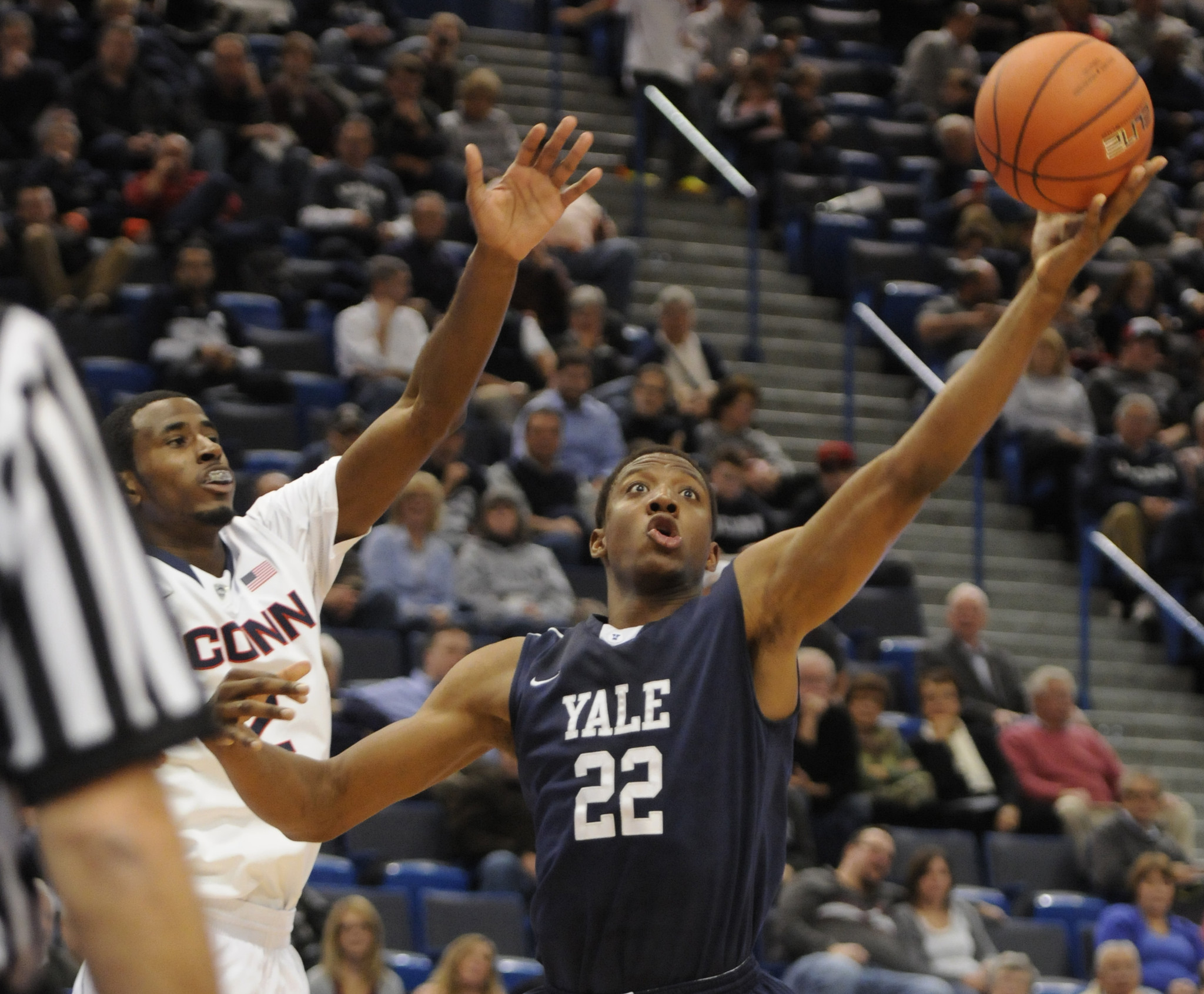 The Shadow League: You didn’t start playing basketball until the eighth grade and prior to that, tennis was your main sport right?

Justin Sears: I grew up in Plainfield, New Jersey and was pretty much an indoor kid who watched a lot of cartoons and in my spare time I played tennis. I first picked up a tennis racket and started playing when I was about four years old. I was pretty serious about it. Both of my parents and my brother were very good tennis players. That was what we did on the weekends as a family. The tennis courts were a five minute walk from my house, so I was literally out there playing every day. But once I started playing basketball, I became absorbed and immersed myself in it. Hoops became my passion.

TSL: Was your first athletic role model a tennis player?

JS: Yes, Andy Roddick was my favorite athlete when I was younger. He had a big serve. Right now, I like John Isner, he’s tall like me, about 6-foot-9.

TSL: So, what makes you catch the basketball bug?

JS: I played in a Catholic Youth Organization league and I don’t know how it happened. I started seriously playing in the eighth grade and I loved it. It felt natural even though I was a very awkward player. I jumped off the wrong foot, really didn’t understand the game’s movements. But by my sophomore year in high school, I woke up one day and was like, ‘This could really work out well for me.’

TSL: Who were some of your favorite basketball players when the game first became exciting for you?

JS: Manu Ginobili and Al Jefferson, because they were both awkward like me, but they were very good and extremely effective. Once I saw them play, I saw how they made the things that they did differently work to their advantage,and that inspired me.

TSL: You played on some really talented high school teams.

JS: Yeah, we had three Division I players on my high school team. Once I began playing on talented teams and against some of the most talented guys in the country, I felt like I could play anywhere.

TSL: When did that realization take place, when you knew you could play on the college level?

JS: My first goal was my sophomore year in high school, somebody told me about Stanford and I decided that I wanted to get a scholarship to play there. That’s when I began to put my heart and soul into basketball. There’s alot of great talent that has come out of New Jersey. Once I played against Michael Kidd-Gilchrist, who went to Kentucky and is now in the NBA, that’s when I realized that I could compete against guys of that caliber. I started to focus in on going to an Ivy League school because I wanted that combination of athletics with world class academics.

TSL: What schools were recruiting you?

JS: All of the Ivy’s except for Harvard and I took official visits to Stanford and Cal, but they wanted me to do a prep year before they made me an official scholarship offer. But I wanted to go to college right away because I knew that Yale and the Ivy League would be a perfect fit for me. TSL: What made Yale stand out in your mind over other places like Penn or Princeton, who’ve had a storied history in basketball?

JS: I felt like I could come here and accomplish something special while being part of a team that established an exceptional basketball culture that the school could build on. A lot coaches that were recruiting me were saying, ‘Yale hasn’t been to the tournament since 1962.’ Penn and Princeton have a great legacy, and Harvard has had some great teams recently. But I took it as a personal challenge. I liked Yale and thought I could help Coach Jones in changing the direction of the program.

TSL: What is it about Coach James Jones that drew you to him and what has he meant in your own personal journey?

JS: When I was looking at schools, I was asking myself, ‘How long has the coach been there?’ When I committed to Yale, coach Jones had already been there for 13 or 14 years. I knew that he could help me out tremendously in my four years here. I made the decision to come here because I not only wanted to grow as a basketball player, but I also wanted to grow as a man. I got a sense that he really knew what he was doing and that he was equipped to work with someone who had a personality like mine.

TSL: What kind of personality is that?

JS: I have a weird personality, I’m a nerdy guy who’s also very passionate and who can also be very critical of my teammates. The most important thing is that he’s not a yeller. He was the perfect coach for me. He understands the highs and lows of what we go through as players at a school like Yale and he’s extremely patient. It’s been amazing over the last four years playing for him. And I’m proud to be among this group of players that have helped him reach his first NCAA Tournament.

TSL: You’ve had an amazing college career and are one of the best kept secrets in college hoops. When somebody tunes in and sees you during March Madness for the first time, what kind of player are they going to see?

JS: They’re going to see a player that works hard. My M.O. is simply to be the hardest working player out there. My game is all about effort, whether it be a blocked shot, a loose ball or a tough rebound.

TSL: You’re going to have an opportunity after college to earn some money playing this game as a professional after you graduate from Yale. Did you ever think that you might be able to earn a check playing this game?

TSL: What are you majoring in and what are your career goals outside of basketball?

JS: I’m majoring in Political Science and once I’m done with basketball, I’d like to go into Finance.

TSL: You’ve worked really hard to become one of the country’s best basketball players and to get to the game’s biggest stage on this level, the NCAA Tournament. This has to be a dream come true for you.

JS: Exactly. It’s euphoria right now. Every kid who plays college basketball is not going to make it to the NBA, but everybody dreams about making it to the NCAA Tournament. It’s been so amazing to reach this goal my senior year after all of the hard work. It’s been a fun ride. But we’re not just happy to be here, we want to make some noise.