Josh Hart is the Big East Player of the Year and he decided early on in Villanovas 74-60 Big East Tournament Championship win that he was not going to allow the offensive ineptitude that stifled the Wildcats in a narrow semifinals victory over Seton Hall on Friday.

Hart decided to go all out from the buzzer, finishing with 29 points and another outstanding tournament player award. There would be no chill at Madison Square Garden on Saturday evening against Creighton, a squad that was ranked as high as No. 10 when Nova defeated them back on Dec. 31st. Nova was not only going for their second tournament title in three years but the No.1 overall seed in the field of 68. 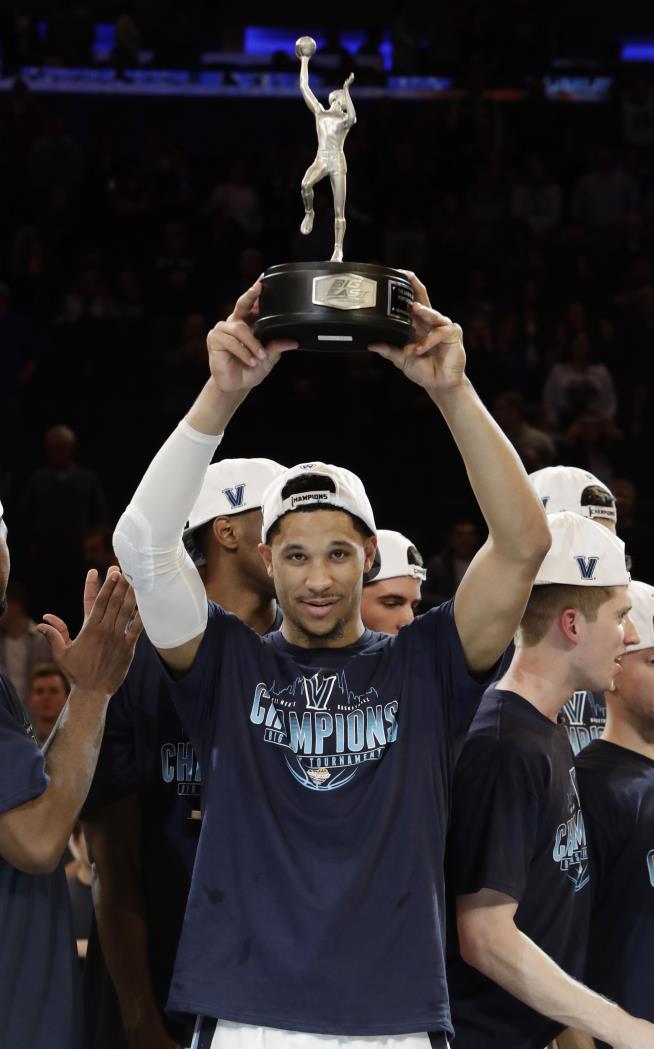 Hart wasnt going to play facilitator as he sometimes does. He wasnt going to wait for the game to come to him. He was gunning early and often, intent on helping the Wildcats build a sizable lead in the first half. Creighton used its size and active inside presence to keep the game relatively close early on, but they didnt have the heart to keep up with a team that looks focused on repeating as national champs.

“We just got to set a tone (tonight),” said Hart. “Seton Hall came in and punched us in the mouth the other night…and that’s something we couldn’t let happen today. I care about my brothers. I care about winning.”

For some reason, Hart is an afterthought when the Player of the Year candidates are mentioned. But he embodies everything that college basketball should be. He was already on the NBA radar for his performance as the most outstanding player of the 2015 Big East Men’s Basketball Tournament as a sophomore. Hart was the first bench player to receive the honor as he led the tourney in scoring at 17.7 points per game. He could have bolted for the draft last season as a junior after he had a killer NCAA tournament and helped lead Nova to its first National title since 1985.

Instead, he returned for his senior season to help coach Jay Wright go for rare back-to-backers and secure his third 30-win season in a row. Hart is a player that you know is going to be super solid in the NBA and if he goes to the right club he could blossom. He has winning genes and you get the feeling that hes only getting better. His coach agrees.

“And finally going into this tournament, I think he put it all together,” Wright continued. “It was his leadership, it was his decision-making, his defense, his rebounding. And then putting the team on his back last night, making the big plays. He’s just done everything.  I think he’s a complete basketball player. I think he’s the best, most complete player in the country. And I’m sure I’m biased. I don’t spend time with those other guys, but I don’t see anybody that does everything like he does.”

When he is on the court, Hart just seems older and wiser and more effective than everyone else. After the game, legendary FOX analyst Gus Williams described him as brolic and a beast. Hart stunned Creighton in the first half with an array of jumpers — long and midrange —  and his twisting layup capped an 8-0 run that put Nova up 30-20 with 2:55 left in the first half.

The game was really over at that point. Villanova led 36-22 at intermission and held an opponent to under 30 points at halftime for the second time in as many games. Hart poured in 15 points and grabbed five boards and his backcourt mate Jalen Brunson pitched in 11 points. The Big Three for Nova; Brunson, Hart and Kris Jenkins scored 34 of Novas 36 first half points and 60 of the team’s 74 points overall.

The second half was much of the same as Nova was doo doo brown nasty on defense, refusing to relinquish any 50-50 balls and slowly grinding an under-manned Creighton team down into the Garden hardwood.

It was good to see the last of the original powerhouse Big East squads celebrating on the mythical Garden floor. Especially with St. Johns and Georgetown faring so poorly and fading so fast as elite hoops programs.

Creighton would have been the first of the new Big East squads to win a tournament championship. Villanova crushed Xaviers hopes of claiming its first Big East tourney title in 2015 and Big East mainstay Providence fought off Dougy McBuckets and the Bluejays in 2014.

Nova was upset in the tourney finals last year by Isaiah Whitehead and original Big East buddy Seton Hall, but that loss catapulted them to the top of the totem pole.

While Big East fans have accepted the fact that their legendary basketball conference got blown to bits by the lure of football money and realigned the best way the dismantled conference  knew how, Creighton and Big East champion just doesnt sound right together —  yet. Some of those old school Big East cats still need some time to adjust to the changes.