Tyronn Lue assumed the Cleveland Cavs’ head coach position abruptly and unexpectedly, in the middle of a crossroads. David Blatt was out, LeBron wasnt happy and the team didnt seem to be championship caliber.

Lue, a long-time assistant with no experience running the show, not only took control of the situation and had the respect of the players, but he proved to be more than a stop gap. He was the real deal. A guy who could produce in the clutch. His arrival marked a new beginning and with LeBron and Kyrie’s throwback attacks and Lue’s natural guidance, Cleveland emerged as a finely-tuned wrecking machine. Lue led Cleveland to a 27-14 mark in the second half of the season and through the playoffs to the NBA championship.

The former, obscure NBA guard is now respected as NBA championship-winning coach Tyronn Lue. He has earned his props, as well as a 5-year, $35 million extension from the Cleveland Cavs as reported by NBA TV on Monday.

Lue is in a rare class of African-American coaches who have won an NBA chip and his stock has blown through the roof since dusting off Golden State, outcoaching Steve Kerr and hoisting the shiny ball. 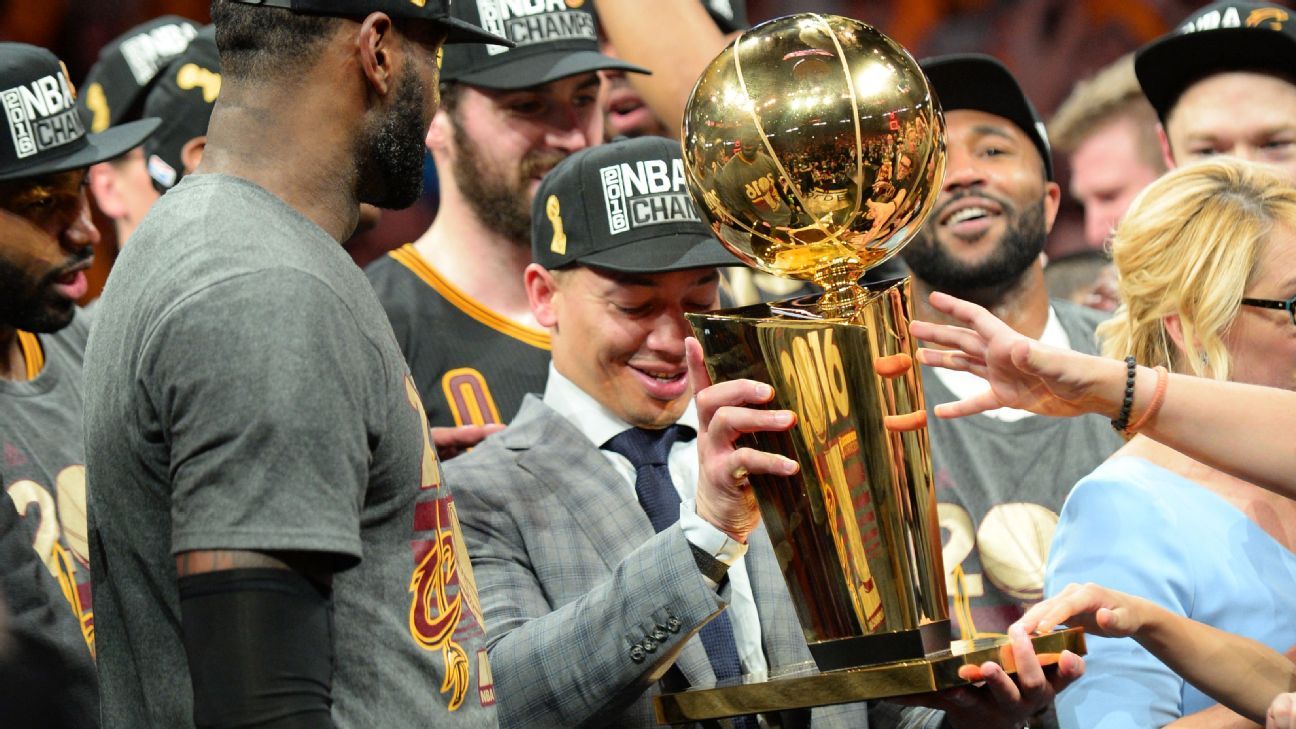 The 39-year-old former guard, who averaged 8.5 ppg during his modest career, is receiving praise and fame that he never could achieve as a journeyman player known for being Allen Iversons doormat in one unforgettable, humiliating but immortalizing NBA moment many moons ago.

According to Cleveland.com, Lue never signed a head coaching contract when he took over for the fired David Blatt in January. He was working under a four-year, $6.5 million deal as Blatt’s top assistant, and essentially bet on himself by not signing the three-year, $9.5 million deal originally etched out by the team and his representatives.

Lue’s gamble paid off, but with major paper, comes major expectations. Lue will be expected to repeat this remarkable feat next season or at least come close.  Locking Lue in for five years is important for several reasons, For one, hes a hot commodity and other teams will undoubtedly be sniffing around his cage from time to time, to see if his heart is really in Cleveland.

Not that anybody in Cleveland wants to deal with it but if LeBron James did decide to leave, the Cavs organization would at least have a young, championship coach in place to help them maintain some integrity and competitiveness in James absence.