Napoleon McCallum was one of those rare men who valued his military service to our country over the money, praise and celebrity that comes with being able to electrify thousands of people with his athletic prowess.

He was a service academy legend, a two-time All-American in the 1980’s and Navy’s greatest football player since Roger Staubach won the Heisman Trophy in 1963.

Coming out of Milford High School in Ohio, McCallum had offers from powerhouse schools such as Syracuse, Tennessee and N.C. State, who all recruited him as a cornerback.

However, the son of two teachers was insistent upon playing tailback and the U.S. Naval Academy provided that opportunity. 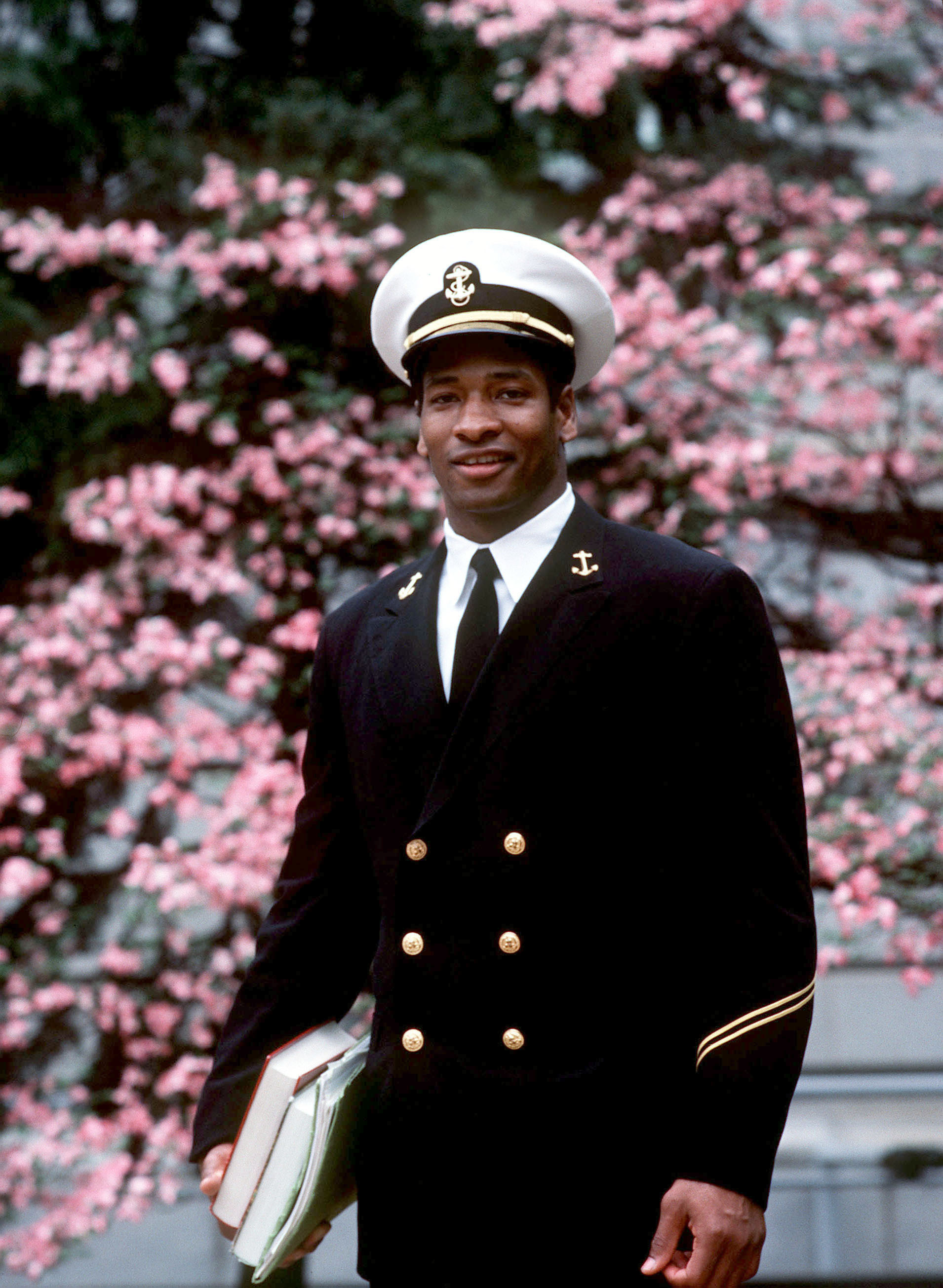 By the time his college career was over and he was ready to begin his five years of active duty, McCallum was a two-time consensus All-American and set an NCAA record with 7,172 career all-purpose yards. He held the career rushing record at Navy with 4,179 yards until Keenan Reynolds broke it in 2015.

He was a rare breed of freedom fighter and pigskin pioneer who sacrificed his talents and potential financial earnings in pro sports to commit to serving his country.

Despite his service commitments, McCallum, a 6-foot-2, 250-pound rocket of talent, became a fourth-round pick of the Raiders in the 1986 NFL draft. He captivated football fans and patriots in split duty between the NFL and serving as an assistant food services officer aboard the USS Peleliu, a helicopter carrier docked in Long Beach.

McCallum dipped and dove for 536 yards as a rookie, starting five games and splitting reps with Marcus Allen.

The Navy stopped McCallums rising NFL career in its tracks and reassigned him in 1987 to the USS California (CGN-36), which was homeported in Alameda, California and at that time sailing in the Indian Ocean, preventing him from returning to the NFL.

McCallum re-joined the Raiders in 1990, but Marcus Allen had already established himself as one of the NFLs all-time multi-faceted weapons and Al Davis was raging against the machine as he brought in a laundry list of former and current celebrity backs, including Bo Jackson, Eric Dickerson and Roger Craig.

McCallums role was now a seldom-used short yardage back. On opening night of the 1994 season, a gruesome knee injury sadly ended a promising NFL career.

McCallums last shining moment on the NFL field was in a 1993 playoff game when he rushed for three TDs in a wild-card win over the Denver Broncos. He finished his career with 790 yards rushing, 17 receptions for 121 yards and six touchdowns.

A 2003 College Football Hall of Fame inductee, McCallum doesnt regret the commitment he made to his country, but he does reflect on those years lost on the gridiron and wonders, “What if…”

“Sometimes, I regret not getting to play more and becoming a starter,” he told the LA Times back in 2010. But at other times I’m thankful because I did play and I beat the odds. Most NFL running backs last, like, two years, and I got six.

“But I definitely think I could have left a bigger mark.”

In retirement, McCallum is leaving his mark on people and the business world. He started a business and became director of community development for the Las Vegas Sands Corp.

Hes still running through life with a purpose. He may have failed to reach his potential on the field, but McCallum represents a character and dedication to honor and service that any man could learn from and admire.

And we must give props to heroes like him on Veteran’s Day.