Jameis Winston overcame a career-threatening scandal in college, immense criticism and social media abuse to become a National Championship-winning QB. He’s endured highly critical analysis of his character, game and his capabilities as an NFL QB, but at the end of the day, everyone knew he was the best pick in that 2015 NFL Draft.

And after just one season at the helm in Tampa Bay, its obvious that he was also the best leader in the pack.

I dont think people give Winston enough credit for what he did last year,” Rich Gannon, the last quarterback to lead the Raiders to a Super Bowl in 2002, told The Shadow League. “He wasnt perfect. He had some turnovers and stuff but he put up some pretty damn good numbers. He threw for over 4,000 yards and threw a lot of touchdowns.

Tampa Bays franchise is on an upswing, similar to when a young Doug Williams hit the scene in 1979 and took a fourth-year Bucs franchise to the  playoffs for the first time.  The Bucs were a combined 6-26 and had severe QB instability in the two seasons preceding Winstons arrival.

Once the hot rocket from Florida State hit Tampa, everything changed. Winston went 6-10 in his first season and had the Bucs competing at a level it hadnt in years. He solidified the QB position and threw for 22 TDS and 4,042 yards with minimal talent to work with.

The next step is making the playoffs, which is something that seems real to Bucs fans this season. The journey begins on Sunday against an improved band of ATL Dirty Birds.

What I really like is what he did this offseason, said Gannon. Winston kind of redefined himself physically. He lost a ton of weight and I don’t think he liked the way he looked or felt. Going to the Pro Bowl was a great experience for him… he mentioned that and I think the kid is going to have a great year. Hes a talented player and they are getting better around him, so I wouldnt be surprised to see that team do some damage in the division.

No. 2 pick Marcus Mariota had a strong season navigating a terrible Tennessee Titans to a 3-13 record, but Winstons performance was clearly superior and confirmed that he was the goods. However when praising Winston for his talents, some of the ex-NFL quarterbacks I kicked it with never fail to toss Mariotas name into the mix. 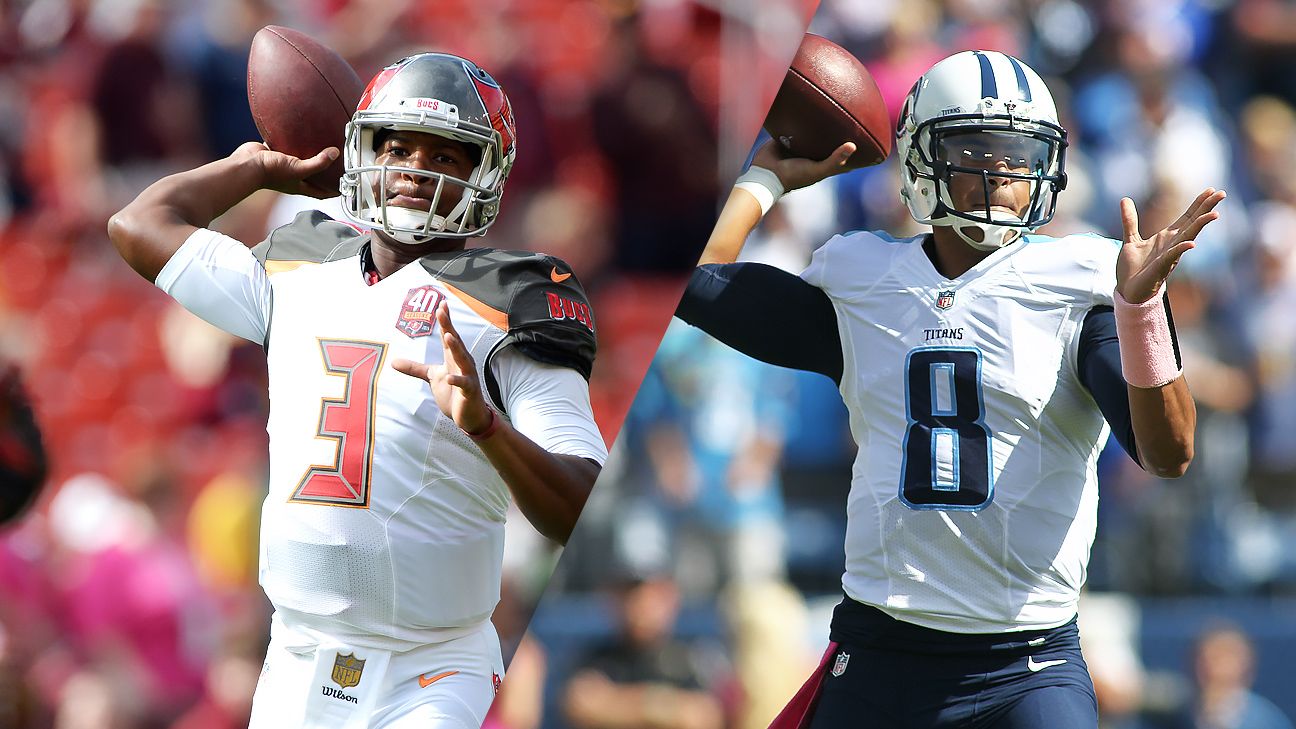 I think Jameis will raise his game another notch, along with Mariota, NFL Hall of Fame QB Dan Fouts told The Shadow League. “I think the two of them came in 1-2, and they are going to be that way in the future in the NFL. Mariota now has some real help in the backfield with Derrick Henry, so he wont be far behind in progress.

Lovie Smith is out, so the amount of progress Winston makes will depend on the scheme his new head coach Dirk Koetter implements and how improved the Bucs are as an organization.

I think he continues to get better and anytime youre talking about a young QB with all that talent around him on the field and he has the talent within him, you are in good shape, recently retired NFL tight end Tony Gonzalez told The Shadow League. He has a great head coach working with him…Koetter was my offensive coordinator in my last years in Atlanta, so I know the kind of offense that hes going to get Jameis into. Hes got good receivers, a good tight end and a good running back in Doug Martin. I think he makes a jump this year to where we are talking about him as a Top 10-type of guy.

The defining mark of a championship QB is being calm under pressure and executing in crucial late-game situations. Late thrills was Wintons M.O. throughout his Heisman-winning collegiate career  in which he went 26-1 and he continued to be a cool cucumber, winning the 2015 NFL Rookie of the Year Award.

His troubled past is officially behind him and his stock is at an all-time high.

Jameis is a kid who gets it, sports radio host and former pro QB Boomer Esiason told The Shadow League. And what it, is… is its (the moment) not too big for him. Hes like Cam Newton. He gets on the field. Hes bigger than everybody else and stronger and I think thats when hes at his most calm, when the craps flying around him.

When you watch him…the NFL is in good shape at the QB position. Tampa Bay is one of the teams that Im saying is going to make the playoffs. Im betting on them this year because Winston is a good bet.